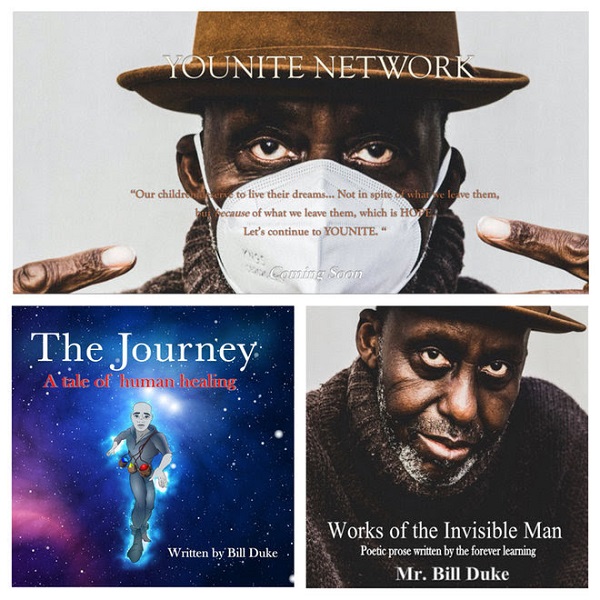 Bill Duke founded YOUNITE Network out of his desire to inspire, entertain, educate, and inform a global audience with content. YOUNITE Network is a multi-cultural media outlet that features scripted and unscripted programs and series of positive, uplifting stories by inspirational people and changemakers across a wide range of demographics, age groups and ethnicities.

Through celebrity endorsed programming such as “Bill Duke Presents…. INSIGHTS”, that uplifts and resonates with people’s hearts, souls and minds, YOUNITE Network calls attention to all kinds of people around the world doing great things during this challenging time in our society. 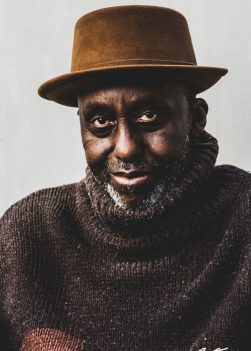 Ever the philanthropist, Bill Duke seeks to provide the next generation with empowering content that encourages them to achieve their individual greatness. He said, “Our children deserve to live their dreams, not in spite of what we leave them but because of what we leave them, which is HOPE.”

YOUNITE Network’s original series lineup includes titles such as Aspire to Inspire, Insights, Younite Your Sound and Be the Change, which sets the network up as a successful vehicle for inspiration, connecting the world through stories that can change lives. Individuals can subscribe to YOUNITE Network for free via the network website.

An accomplished writer and poet, Bill Duke is the author of two books, The Works of The Invisible Man, a collection of eclectic prose, and The Journey, a coming-of-age story. The latter’s narrative centers on “Nobody” who goes on a journey in pursuit of becoming “Somebody.” Cutting across color lines, The Journey speaks to anyone who has struggled with challenges with self-image, acceptance, bullying and tolerance. The Journey’s audio book and animated film will feature voice-overs from positive, like-minded actors.

The Works of the Invisible Man and The Journey are available on Home | My Site (wixsite.com)

Bill Duke is an Actor, Director and Producer in Hollywood with more than 40 years of experience on screen and behind the camera.

His directing credits include television the series Falcon Crest, Fame, Hill Street Blues, and PBSʼ The Killing Floor, for which he won the Sundance Special Jury Award in 1985. Films include A Rage in Harlem (1991), Sister Act 2, Deep Cover, Hoodlum, The Cemetery Club, Cover, Not Easily Broken and the documentary Dark Girls and Light Girls (OWN).

Most recently Bill directed the feature film, Created Equal and is currently working on the documentary, Never Stop, about the adoption and foster care systems. Bill’s autobiography, Bill Duke: My 40-Year Career on Screen and Behind the Camera, was released in November 2018.

In addition to working on creative projects in Hollywood, Bill gives back in multiple ways to the world. He created Duke Media Entertainment to bring quality “Edutainment” to audiences around the globe. He will launch the YOUNITE Network, a platform focused on inspiration, thought-provoking, entertainment educational programing.

And for the future leaders of the world, Bill created and runs the Duke Media Foundation, an organization that prepares youth for the future by exposing them to new media and financial literacy tools that will enable them to compete, survive and thrive in this ever-changing digital world.

Its inaugural project is The Youth Media Camp. The camp is a training and educational program that teaches youth the trade and craft of media production, including  film and video production, screenwriting, producing, directing and editing. The camp has helped youth develop the art of storytelling by using media tools.