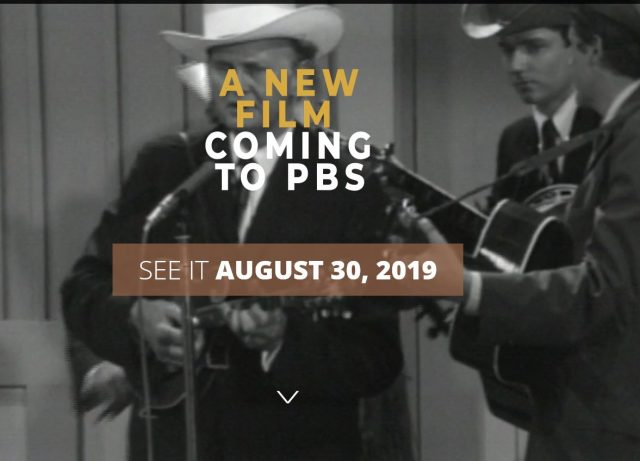 “Bluegrass has brought more people together and made more friends than any music in the world.”
– Bill Monroe, the “Father of Bluegrass”

This summer, get ready for toe-tapping fun when Big Family: The Story of Bluegrass Music, arrives on PBS stations nationwide. Premiering Friday, August 30 at 9pm ET (check local listings), the sweeping new documentary is narrated by actor – and passionate Bluegrass enthusiast – Ed Helms (The Hangover, The Office). Big Family explores the origins of the popular musical genre, the pioneers who influenced its sound, and the music’s growing worldwide appeal and pop culture impact.

Even if you are not a huge fan of Bluegrass, it is truly a great show to watch and you will find yourself tapping your feet as you watch.  The Hollywood Times had the opportunity to watch this documentary and it was well directed.  The footage was full of great stories and dramatic backdrops, including the Great Depression and Civil Rights movement.

Music is a great part of our lives at some point.  This documentary will show you how this type of music came about and it is also part of our country’s history. It is great for the entire family to sit and watch and learn about how Bluegrass made its mark on this country as well as across the world.  The songs you will hear all tell a story of hardship, loss and love told through song and music.  This documentary would be great to tape to enjoy during those times of reruns on television.

The film goes on to explore how the Great Depression, World War II, the Civil Rights movement and more impacted the genre, including the creation of offshoots of bluegrass, such as newgrass in the 1970s.

Big Family: The Story of Bluegrass Music offers a comprehensive look at bluegrass — its origins, the pioneers who shaped its sound, and its worldwide appeal. The documentary, narrated by actor and bluegrass enthusiast Ed Helms, will air nationally on PBS stations Friday, August 30, 2019, at 9/8 pm ET. Check local listings.

The film traces the genre’s history — outlining how Scots-Irish and African-American influences led Bill Monroe to develop the distinct musical genre to its foothold in popular culture through television and movies.

At the heart of the two-hour film is the music itself, as recordings and performance footage showcase and celebrate its unique sound. More than 50 musicians appear in the film, including Alison Brown, Dale Ann Bradley, Sam Bush, JD Crowe, Bela Fleck, Laurie Lewis, Del McCoury, Bobby Osborne, Ricky Skaggs, Chris Thile, and many more.

Big Family begins by exploring the life of Bill Monroe, who moved, along with his brothers, from the tiny town of Rosine, Ky., to Chicago, to find work, just as many others did during the 1930s. Monroe got his start on WLS, at the time the largest radio station in Chicago. When Monroe moved from Chicago to Nashville, he became a hit on the Grand Ole Opry stage and solidified his place in music history as the “Father of Bluegrass.”

Viewers will travel from Monroe’s hometown of Rosine – with a population of around 100 – to downtown Tokyo, where members of Bluegrass 45, a popular contemporary Japanese bluegrass band, demonstrate how the music transcends not only generations but cultural and geographic boundaries, as well.

Additionally, Big Family explores the role of women in bluegrass music and shares stories from some of the genre’s most celebrated musicians, who discuss how they work together to create what Berklee College of Music’s Darol Anger calls in the film a “magical, huge, powerful sound.”

More information, including a photo gallery and a full list of those appearing in the film, is available at Bigfamilyfilm.com.

Big Family: The Story of Bluegrass Music is a KET production, made possible in part by the KET Endowment for Kentucky Productions. It is produced by Matt Grimm and Nick Helton and written by Teresa Day. Consulting producer is Craig Cornwell. Executive producers are Shae Hopkins, Linda Randulfe Marquez and Nancy Southgate. 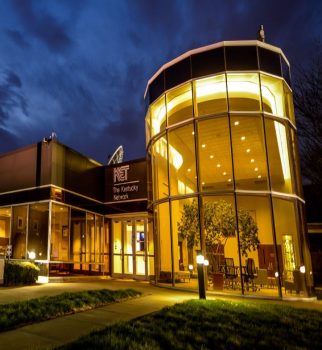 KET has a history of sharing bluegrass music with its viewers, dating back to the 1970s when it produced its first bluegrass specials. In the 1980s, the nationally distributed The Lonesome Pine Specials featured several prominent bluegrass acts. KET’s popular music series, Jubilee, followed in the 1990s and 2000s. The series filmed live at music festivals, including the River of Music Party (ROMP), IBMA Fan Fest, Festival of the Bluegrass, the International Newgrass Festival, W.C. Handy Blues & Barbecue Festival, J.D. Crowe & the New South Bluegrass Festival, and many more, for more than 15 seasons.

Big Family: The Story of Bluegrass Music continues this tradition. KET produces and provides innovative and relevant programs and services, giving all citizens access to in-depth information and to cultural and educational opportunities.