Los Angeles, CA (The Hollywood Times) 9/19/21 – Burbank International Film Festival winner of “Best Foreign Language Feature Film” was an unusual but powerful story about a mother-daughter relationship, its trials and tribulations and its outward manifestation in animal hoarding. “Million Loves In Me” has now won 184 awards including the most recent BIFF award, years after its release. 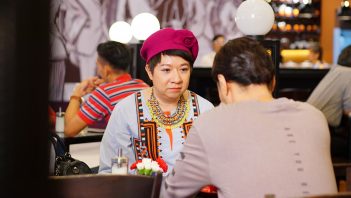 When I was first introduced to this movie about three years ago, it was for the premiere of the US cut of the film, edited by my good friend, Conroy Kanter, director of the movie “Trafficked”, starring Ashley Judd.  Conroy and I worked together as part of my anti human trafficking efforts but we found a common desire to support Asian film. We reflected on the need for these amazing stories from Asia to come out and relate to the US market. This was before “Crazy Rich Asians”. Fast forward three years later, and those dreams have come true and the market is hungry for Asian content from Shang-Chi to smaller productions that have gained a cult following like “Searching” or the wildly popular “Parasite”. 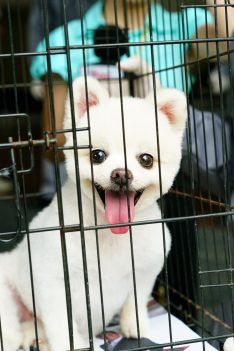 The journey that led to me accepting the award alongside Conroy and executive producer Frank Mayor, was in no small part, my absolute admiration for producer and main actor, John Yiu’s work. I remember when I first saw the movie. It was nothing I had ever experienced before. Wait, John is the main actor, but it’s a mother daughter relationship? Oh, John’s the daughter. He’s in drag the whole movie? But it’s not campy, it works because soon I started forgetting this fact as I was more focused on the plot elements and character arc. This is so quintessentially Asian in the mother/daughter dynamic, but wow, it’s edgy because John plays that character. 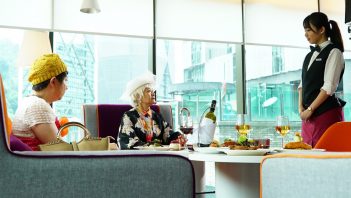 But John was the only logical choice to play the character. During my exclusive interview with him regarding this, he says “It was difficult to find an actress to play the main character, mainly because the famous actresses in Hong Kong could not grasp the specific emotions around this unique and complex character. After spending time in different settings like restaurants and shopping centers interacting with her mother, the director suggested that I was the only one with empathy for the character and that I should play her.” 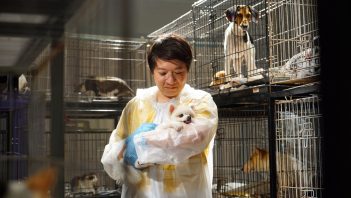 In real life, John was the lawyer who spent years on this case with the mother and daughter who were charged with the very unusual animal hoarding crime, and became a sensational news story in Hong Kong. Representing his clients, he was the only one with the empathy for the vilified protagonists of the movie. 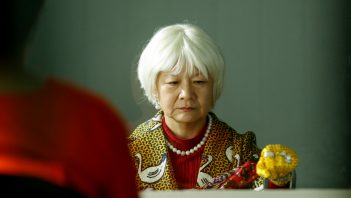 As a producer for the film, John had to juggle acting, which he found easy, but the hardest part was dealing with human relationships, managing the cast and crew and unexpected ad hoc matters that came up during production. But John’s a champ and the final product speaks for itself.  The cinematography is basically a visually stimulating and colorful 2 hour trip to Hong Kong and the intense urban living that makes New York look like a sleepy suburb in Orange County in comparison.  The casting was impeccable. The mother and the daughter were both complex characters that were equally likable and appalling, a tough balance to achieve, but the strong writing and story arc helped. 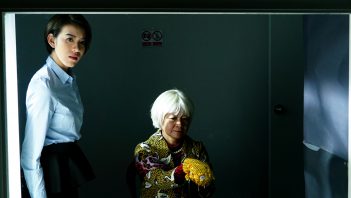 “Million Loves In Me” is like Queen’s “Bohemian Rhapsody” to me, full of many elements, colorful, but one cohesive journey. It never misses a beat, from the well-paced story, thanks to Conroy and Frank’s million loves for the movie, editing down the original Asia release, reducing the court scenes and moving this equal parts beautiful and messy story along. Speaking of music, it was Frank’s contribution as a music expert, bringing in the right soundtrack and score for the US version, creating a special appeal to a US audience. 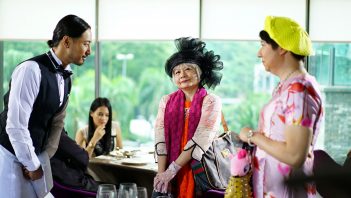 Giving life to this timeless movie, 184 awards have kept this train going to expose it to new audiences. John Yiu has had some great recognition in London at the Gold Movie Awards where he won for “Best Screenplay of the Year”, winning alongside Billy Zane for Best Actor and Marisa Tomei for Best Actress.  At the Burbank International Film Festival, he was also in great company with Beau Bridges and his family being honored, and Priscilla Presley introducing the faith film awards. But John is proud of being screened at the Beijing International Film Festival, the largest Chinese film festival.  The Asian World Film Festival in Los Angeles, where I first saw the movie, was another important moment for John, which is a feeder for the Oscars and Golden Globe nominated films from Asia.

“Million Loves In Me” is the full package and hands down, one of the best movies I have ever seen, and it does not surprise me that it has a life beyond an initial release, garnering 184 awards. A million loves went into making this masterpiece. But the true secret sauce is its solid foundation of a great story, told perfectly in beautiful imagery, sets, character development and a mix of humor and serious moments. It was also John’s love for humanity that allowed him to see the goodness even in a mother and daughter who were seen as villains by a quick-to-judge public. The movie depicted life in a real gritty way, but in a digestible manner, a balance I rarely see in modern film.

I am beyond honored to have accepted this award by request of producer and visionary, John Yiu.

Marc Ang (marc@aib2b.org) is the president and founder of AsianIndustryB2B. He specializes in race relations and the minority conservative experience. His book “Minority Retort” will be released in late 2021.