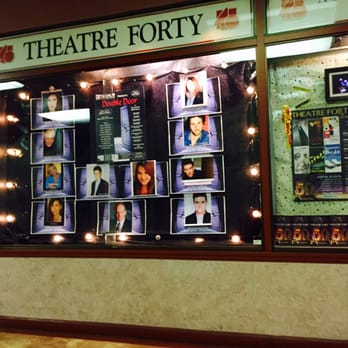 WHAT: April, May & June. World Premiere engagement of a new comedy-drama.

WHO: Written by Gary Goldstein. Directed by Terri Hanauer. Produced by David Hunt Stafford for Theatre 40.

WHERE: Theatre 40, in the Reuben Cordova Theatre, 241 S. Moreno Dr., Beverly Hills, CA 90212. Theatre 40 is Beverly Hills’ professional theatre company. The venue is on the campus of Beverly Hills High School. There is ample free parking beneath the theatre.

April, May and June are fortyish sisters, born a year apart. They’re Jewish (although with one Gentile grandparent who made thebest matzo ball soup). They’re temperamentally a bit different. April, the eldest, is the most dominant. Her marriage has crumbled beneath her husband’s infidelity. May, always conscious of being “the middle one,” has issues with her weight. June, the youngest, is a lesbian whose own partner has been wayward.

The three siblings have convened to pack up the old family home after their mother has passed away. She was the parent who had been most present in the women’s lives. Their father had been an alcoholic. Mother had endured and persevered.

Going through their mother’s possessions, the women come across items that will give them a shocking surprise. Everything they thought they knew about their mother and their family will be changed and impact their lives forever. How will these newly revealed developments affect their relationship with each other?

Gary Goldstein is the playwright. His previous plays include Just Men, Curtain Call, Parental Discretion and Three Grooms and a Bride. He has also written the screenplays for the feature films If You Only Knew and Politics of Love, as well as numerous films for television, including The Wish List, Hitched for the Holidays, This Magic Moment, My Boyfriend’s Dogs, and Flower Shop Mysteriesstarring Brooke Shields, including Snipped in the Bud and Mum’s the Word. He’s also written for episodic television. His features and movie reviews appear frequently in the Los Angeles Times.

You don’t have to wait until April, May or June to get your tickets to the sibling revelry of April, May & June.