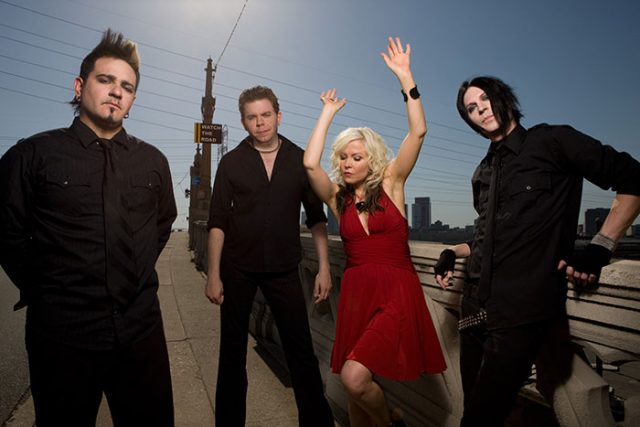 At The Canyon Club in Agoura Hills, the 40th Anniversary of the classic new wave band, will be celebrated as Berlin performs on February 29, 2020.

Terri Nunn, Berlin’s beautiful and talented lead vocalist, has been taking our breath away while riding on the Metro for forty glorious years. Originally formed in Orange County, the classic new wave band is returning to their roots with a show at The Canyon Club in Agoura Hills at the end of the year. Now featuring Terri Nunn on vocals, Chris Olivas on percussion, Carlton Bost on guitar, and Dave Schulz on keyboards, as a popular band, Berlin has been keeping people on the dance floor for over four decades.

Indeed, how many bands can celebrate four decades of ongoing success? Formed in 1976 as The Toys, the group soon changed its name to Berlin. The band’s first single, “A Matter of Time,” came out in 1979 on Renegade Records, thus the 40th anniversary celebration. Later that year, they appeared on television for the first time on the Hollywood Heartbeat, a music video compilation show that did not last very long. Fortunately, the new band outlasted the short-lived show, going on to find enduring success. Such success will be on stage on February 29th at The Canyon Club.

As one of the greatest synth electro-pop bands of all time, it makes sense for Berlin to be playing at The Canyon Club. After all, The Canyon Club is famous for presenting one music legend after another in an intimate setting. Berlin hit the charts in 1982 with the single “The Metro from the album, Pleasure Victim. In 1986, Berlin topped the charts with the single “Take My Breath Away,” the love theme from the Tom Cruise movie, Top Gun. A #1 international hit, the song went on to receive both the Golden Globe and the Academy Award for “Best Original Song” that year.

In 2000 to celebrate the new millennium, the album Berlin Live: Sacred and Profane was released, offering new material for the first time in years. This comeback album was followed a year later by a flurry of recording sessions, resulting in Voyeur, the band’s first full-length studio release in over 15 years. In 2019, Berlin releases another original studio album. Transcendance is a celebration of the band’s roots and their love of getting fans moving in concert and on the dance floor. For the album, vocalist Terri Nunn rejoins co-founders John Crawford and David Diamond in what surely is one of the most talked about reunions of 2019.

Now Terri Nunn is taking both the new songs and the old hits on the road to celebrate the band’s 40th Anniversary. On February 29th, Berlin brings new wave and electro-pop transcendance to the Canyon Club in Agoura Hills. It’s sure to be a night to remember.