“STARS IN THE HOUSE” CELEBRATES 200th EPISODE WITH A “NIGHT AT THE MUSEUM” WITH BEN STILLER, OWEN WILSON, CARLA GUGINO, AND MORE

in Support of The Actors Fund

Reunion Celebration Will Stream Exclusively on

NEW YORK (September 8, 2020) – Seth Rudetsky  and James Wesley announced yesterday that the landmark 200th episode of “Stars in the House” will reunite the cast of “Night at the Museum” in support of The Actors Fund!  LIVE on Thursday, September 10th at 8 PM ET, Owen Wilson, Hank Azaria, and Steve Coogan will leave their exhibits to join museum staffers Ben Stiller and Carla Gugino and reminisce about the making of the beloved trilogy. No word yet on whether Rexy, the Tyrannosaurus skeleton, will be able to sneak away from his spot to join!  The celebration and reunion will stream exclusively on PEOPLE social platforms YouTube,  Facebook and Twitter, as well as PeopleTV’s Facebook and Twitter. 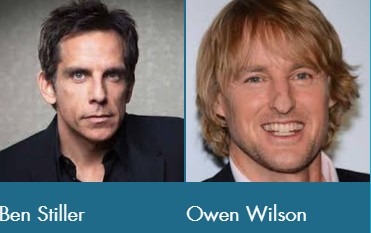 Fans tuning in will be able to ask the questions they’ve always wondered in real time, donate to The Actors Fund for a chance to have their names read by the stars on air, and help Seth and James celebrate this incredible milestone for the show. And of course, like all episodes of “Stars in the House,” there’s a good chance there will be some LIVE music!

This episode will also feature a special appearance from the incredible team at Poll Hero Project, who have been working tirelessly to register young adults as paid poll workers who will help make the 2020 election a success. To learn more or to join the 15,000 (and counting) young people who have registered, please visit pollhero.org.

As always, additional information and all episodes can be found on the Stars In The House YouTube channel, and StarsInTheHouse.com.

As the creators and executive producers of “Stars In The House,” Seth and James bring a masterful combination of music, storytelling and community to each episode, ensuring that the show goes on in viewers’ homes even while performance venues across the world are closed.

“Stars In The House” airs new episodes Mondays-Saturdays at 8 PM ET and Saturdays and Sundays at 2 PM ET on its YouTube channel and starsinthehouse.com. For more information and to see upcoming guests, please visit starsinthehouse.com and follow @StarsInTheHouse, Seth (@SethRudetsky) and James (@JamesWesleyNYC) on Twitter and Instagram.

ABOUT STARS IN THE HOUSE

“Stars in the House,” which officially kicked off on March 16th, is a daily series that features stars of stage and screen singing or performing plays live (from home!) to promote support for charitable services for those most vulnerable to the effects of Coronavirus (COVID-19). Joining Seth and James for the shows is Dr. Jon LaPook, chief medical correspondent for CBS News. Visit starsinthehouse.com to donate to The Actors Fund, watch previous episodes, learn about upcoming guests and more.

Since the first show, “Stars in the House” has raised more than $457,340 to benefit The Actors Fund and other charities – and continues to do so thanks to a generous donation from the Berlanti Family Foundation. Seth and James also received a special Drama Desk Award and a Gotham Icon Award from the Museum of the City of New York for keeping the theatre community connected, informed, and uplifted during the pandemic.

In addition to its regular daily streaming and ability for viewers to watch it on their own time, “Stars in the House” has teamed up with SiriusXM. SiriusXM is the exclusive audio broadcasting partner delivering the show to listeners daily on Stars (channel 109), along with exclusive new content. Starting July 6th, SiriusXM subscribers can catch “Stars in the House” weekdays at 4:00 p.m. ET on Stars Channel 109, as well as anytime on demand on the SiriusXM app. Listeners can also follow Seth on Seth Speaks and Seth’s Big Fat Broadway, two regularly scheduled programs that air on SiriusXM’s On Broadway channel and his brand-new podcast “Seth Rudetsky’s Back To School” where he interviews celebrities like Tina Fey and Allison Janney to find out hilarious and moving stories from their high school years. “Stars in the House” will air commercial-free on SiriusXM. The program is available to subscribers nationwide on SiriusXM radios, and those with streaming access can listen on demand on the SiriusXM app, and at home on a variety of connected devices. For more info to activate your streaming access or to sign up for a trial subscription, go to www.SiriusXM.com/AtHome.

ABOUT THE ACTORS FUND

The Actors Fund is a national human services organization that fosters stability and resiliency, and provides a safety net for performing arts and entertainment professionals over their lifespan. Through offices in New York, Los Angeles and Chicago, The Fund serves everyone in film, theater, television, music, opera, radio and dance with programs including social services and emergency financial assistance, health care and insurance counseling, housing, and secondary employment and training services.

The Actors Fund COVID-19 Emergency Financial Assistance program has been able to distribute more than $14 million to more than 12,000 professionals in the performing arts and entertainment community who have been impacted by the coronavirus. This has helped people in financial crisis pay for basic living expenses such as essential medications, rent, food, utilities and other needs.

For the health and safety of everyone during the COVID-19 pandemic, The Actors Fund has  transitioned to online and phone-based services, which remain available for everyone in the performing arts and entertainment community. These services include: Artists Health Insurance Resource Center, The Career Center, Housing Resources, Addiction & Recovery, HIV/AIDS and Senior Services, Counseling and Emergency Financial Assistance, as well as The Friedman Health Center for the Performing Arts in New York City. To make a tax-deductible donation to The Actors Fund, visit actorsfund.org/donate.

Seth moved to New York in 1988 and started volunteering for God’s Love We Deliver, which brings meals to people with AIDS all across the city. He is decidedly not skilled at cooking and soon decided his talents could be better used elsewhere. At a holiday party in 1992, he connected with Hearts and Voices, an organization that brings live weekly performances to hospitalized people with AIDS. He started volunteering for them and has been a mainstay at many hospitals since 1992: Rivington House, Roosevelt Island Hospital, the prison ward at St. Clare’s Hospital and since 2005, he’s been playing the piano/booking singers at the Cardinal Cooke AIDS ward. Broadway folks love volunteering to sing and Seth’s patients have been serenaded by the likes of Audra MacDonald, Tituss Burgess and Betty Buckley! In 1998, Seth was asked to write the opening number for The Easter Bonnet Competition, which is the big spring fundraiser for Broadway Cares/Equity Fights AIDS. He did that for many years and then began hosting the Gypsy Of The Year Competition, which is the BC/EFA fall fundraiser (and resulted in him sharing a dressing room with Daniel Craig and Hugh Jackman!).

In 2001, he produced and conducted “Dreamgirls” starring Heather Headley, Audra McDonald and Lillias White, the first fall concert for The Actors Fund, which was recorded on Nonesuch Records and raised almost $1 million for The Fund. He then did “Funny Girl” with Idina Menzel and Jane Krakowski, “Chess” with Adam Pascal and Josh Groban, “Hair” with Jennifer Hudson (Ghostlight Records, Grammy nomination), “The Best Little Whorehouse in Texas” with Terrence Mann and Jennifer Hudson and “On The Twentieth Century” with Marin Mazzie and Kathleen Turner. He also starred opposite Sutton Foster in The Actors Fund production of “They’re Playing Our Song” and hosted and played piano for an array of divas for their 2009 Nothing Like A Dame concert with Betty Buckley, Stephanie J. Block, Audra McDonald, Kelli O’Hara and Bebe Neuwirth.

He is the afternoon Broadway host on SiriusXM Radio and recently co-wrote and co-starred in “Disaster!” on Broadway, which was co-produced by his husband, James. He was also a co-producer on the Broadway for Orlando recording of “What the World Needs Now Is Love” and Voices for the Voiceless, he and his husband’s annual foster care event on Broadway.

As a writer, he was nominated for three Emmy awards for comedy writing on “The Rosie O’Donnell Show” and is the author of “My Awesome Awful Popularity Plan” and “The Rise and Fall of a Theater Geek” (published by Random House), a young adult series about a teenaged gay kid named Justin Goldblatt, who’s obsessed with theater and sports a Jewfro.

In response to concerns that marginalized people would suffer after 2016’s presidential election, along with his husband James, Seth conceived and hosted a concert series called Concert for America. The first concert was held at The Town Hall in New York, New York January 20, 2017.

In 2015, after devastating cuts were imposed on the only two foster care organizations working with older children and youth in New York City, James conceived and co-produced Voices for the Voiceless on Broadway starring Tina Fey, Jane Krakowski, Megan Hilty, Antwone Fisher, Charlene Tilton, Caroline Rhea, Darren Criss, Alec Mapa, Kate Shindle, and Eden Espinosa. It shined a spotlight on foster care in a unique and entertaining way, combining celebrity, music, and everyday people sharing their stories. The concert raised $500,000 for You Gotta Believe! and the Council on Adoptable Children.

In response to concerns that marginalized people would suffer after 2016’s presidential election, James produced and hosted a concert series called Concert for America. The first concert was held at The Town Hall in New York, New York January 20, 2017. Over the course of the series, entertainment’s biggest stars generously lent their voices to raise money for national organizations dedicated to protecting civil rights, women’s health and environmental protection.

As a writer, he wrote and starred in the critically acclaimed off-Broadway play, “Unbroken Circle”, starring Eve Plumb and Tony nominees Anika Larsen and Jennifer Simard. He also wrote “Art and Science”, a comedy-drama dealing with the generational differences between two gay men. It starred Tony nominees Tony Sheldon and John Tartaglia.

James was also proud to be one of the lead producers on Broadway of his husband’s musical, “Disaster!”

James and Seth are the proud recipients of the National Leadership Award from the LGBTQ Task Force for their work on Broadway for Orlando’s What the World Needs Now is Love.

ABOUT PEOPLE
Meredith Corporation’s PEOPLE revolutionized personality journalism when it launched as a weekly in 1974 with a mission to celebrate extraordinary people doing ordinary things and ordinary people doing extraordinary things. Ubiquitous and still at the center of pop culture more than 45 years later, the PEOPLE brand is accessible across all media and platforms (print, digital, video, OTT, mobile, social) bringing more than 100 million consumers a unique mix of breaking entertainment news, exclusive photos, video, unparalleled access to the red carpet, celebrities, and in-depth reporting on the most compelling newsmakers of our time. An essential component of PEOPLE’s editorial vision remains human interest stories, which touch and often mirror the lives of our passionate audience. ComScore ranks the PEOPLE/Entertainment Weekly Digital Network No. 1 in the entertainment news category. PeopleTV, the advertiser-supported OTT streaming service from PEOPLE and Entertainment Weekly that launched in 2016, features original series and specials focusing on celebrity, red carpet, pop culture, lifestyle and human-interest stories. PEOPLE is an award-winning 24/7 news organization headquartered in NYC with reporters worldwide. For more information visit PEOPLE.com and follow @people on Twitter and Instagram, @peoplemag on Facebook, and the PEOPLE channel on YouTube and on Snapchat’s Discover.