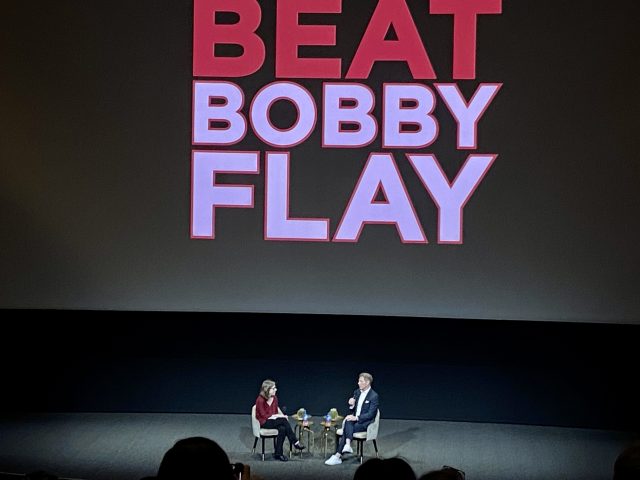 An advance screening of Beat Bobby Flay followed by a live Q&A with the executive producer and star himself, Bobby Flay, was held in the Saben Media Center at The Television Academy in North Hollywood, CA, on Monday, May 23, 2022. Fun was to be had by all those who attended the invite-only event.

Hosted by The Food Network, Flay’s home network for 27 years, the advance screening of Beat Bobby Flay began promptly at seven and entertained a packed house. While talking to Cynthia Littleton, Variety Co-Editor in Chief, Flay explained that he doesn’t win all the time. “I want people to beat me, and they do it fair and square.” He admitted that he does win about 70% of the time, but the show is designed to be against him (he doesn’t even know what he’ll be cooking!,) while offering other chefs a platform to showcase their skills. 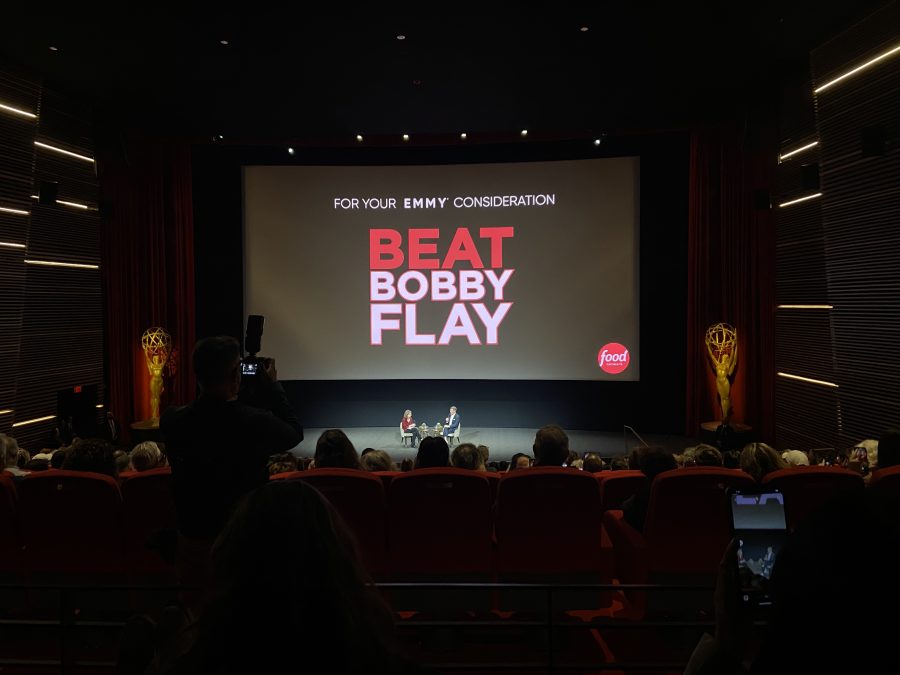 Flay went on to explain that the show was born from an idea about his friendship with chef Michael Symon. While watching sports, they would give each other a hard time and talk insults in a fun way, leading Flay to creating the concept of a cooking show in a sport-like arena. Beat Bobby Flay was born and now, thirty-one seasons later, the show is a solid proven hit. Flay opined about its success; “The show has celebrity, great food, and simple rules. It keeps you intrigued until the end but the food does come first. The food has to be great. The entertainment comes second.”

After the screening and Q&A, guests were invited to a lavish reception hosted by The Food Network. Servers were on hand to help at the buffet stations that lined the indoor and outdoor space. The menu included several kinds of pasta, a pea risotto, braised short rib, roasted tri-color cauliflower, charcuterie boards and for dessert, a gelato bar.

There were drink stations located throughout, offering Limoncello and Aperol Spritz signature cocktails, as well as a selection of wine and beer. Bobby Flay came out for pictures and fun was being had by all around. 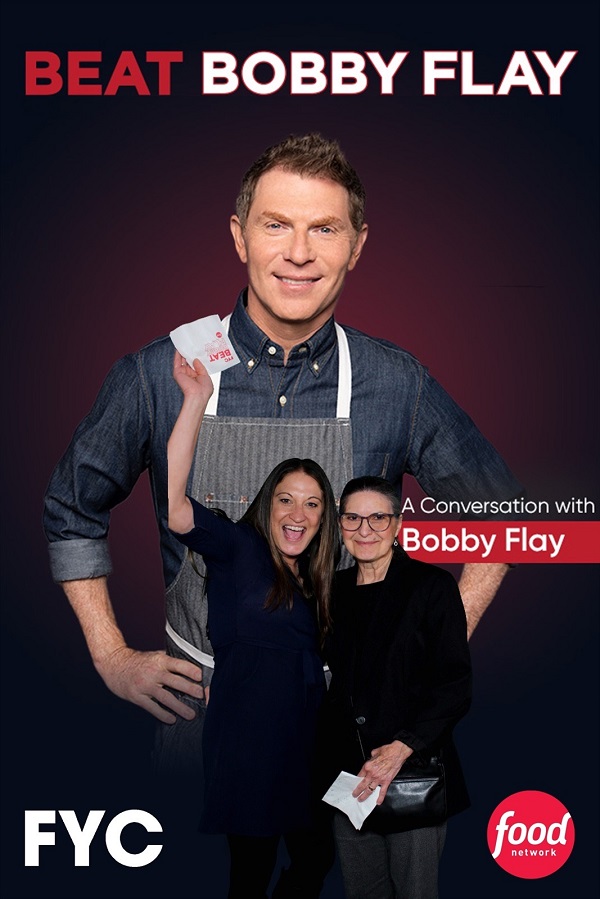 Season 31 of Beat Bobby Flay is up for Emmy Consideration. Nominations for the 2022 Emmy Awards will be announced on Tuesday, July 12.