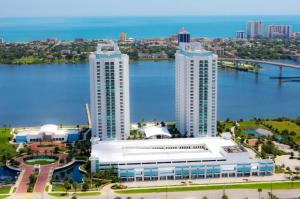 Top 10 Real Estate News Stories – Celebrity Homes & More
The Carmel-by-the-Sea home where Michael Douglas and Sharon Stone hooked up in the 1992 ‘Basic Instinct’ movie thriller is for sale at $16.995 million. The 16-room, 12,000-square-foot home on two acres features Pacific Ocean views, two kitchens, domed library and a soda fountain. In another connection to fame, a former owner was Steve Fossett who disappeared in 2007 after setting a number of land and sea speed records including the first person to fly nonstop and solo around the world in a hot air balloon.
“Top 10 U.S. Towns To Buy a Home”
According to a study by Realtor.com, the best place in the United States to purchase a home is Baltimore where the median home list price is $179,000, followed by Clayton County, near Atlanta, where the median home price is $130,050. The best places to rent, where home prices far outpace the cost of renting, are Manhattan in New York City and Santa Barbara County, California. Their analysis looked at a number of factors in the 500 largest U.S. counties including local rental costs compared to home ownership prices, median income levels, taxes and insurance costs.
“Cal Ripken’s Baseball Mansion Auction”
With Major League Baseball’s spring training underway in Florida and Arizona, some lucky fan with deep pockets will soon have the chance to get an all-star deal on the home of Major League Baseball’s all-time record holder for most consecutive games played. Baltimore Orioles Hall of Fame shortstop Cal Ripken’s home on 24 acres with baseball field and batting cage is going to an absolute auction with no reserve on May 12th.
“Housing Starts Jumped In January”
New housing construction jumped 9.7% from December to January to an annual rate of over 1.3 million homes. However most of the increase was in multi-family construction up 24% while single family homes increased 3.7%. Permits for future construction rose over 25% for multi-family homes while single-family home permits went down 1.7%.
“Bubble Real Estate Cities”
According to the USB Global Real Estate Bubble Index, Toronto, Stockholm and Munich are the most over valued real estate cities in the world in danger of severe price drops in the near future. In the U.S., San Francisco and Los Angeles are over valued but not in bubble territory while Chicago is under valued. Ratings are based on local economic factors such as price to income ratio.
“Suzanne Won’t Give Up Longtime Compound”
It seems that Suzanne Somers can’t part with the Palm Springs home that she and husband, Alan Hammel, have owned since they married in 1977. Modeled after L’oustau De Baumaniere in Provence, France and set on 73 acres above the valley in Mesa Canyon, the home has been on and off the market at prices ranging from the current $14.5 million to $35 million when it first came on the market in 2008.   The home was scheduled to go to auction on January 31st but Suzanne changed her mind and canceled the auction.
“Touchdown for Florida Luxury Condos”
Super Bowl ads for a new Florida luxury condominium building scored six new sales, setting records for area prices and moving the project close to a sell out. With prices ranging from $1,500 to over $2,500 per square foot, the Bristol in West Palm Beach is attracting many buyers from ritzy neighboring Palm Beach including an entire floor that sold to a billionaire who already owns an 84,626-square-foot Palm Beach mansion. Only seven condos are left to sell in the 69-unit building.
“Michelangelo’s Italian Villa For Sale”
Michelangelo’s Italian farm house is for sale. Michelangelo was 72 when he bought it, just three years after completing the frescoes in the Sistine Chapel. Having stayed in the artist’s family for over 300 years, it has been preserved and restored by its current owner. The original deed held by Michelangelo, wherein he was described as a “dear sculptor and Florentine citizen,” will be passed on to the new owner. Asking price is $7.5 million.
“T. Boone’s $250 Million Compound”
T. Boone Pickens spent years making his Texas ranch one of the world’s most valuable properties. The oilman and pioneering corporate raider began working on his Mesa Vista Ranch in 1971 adding a 6,000-square-foot family home, 12,000-square-foot lake house, 33,000-square-foot lodge, a chapel, pub, airplane runway and hangar, golf course, tennis courts and even the Oklahoma white-frame home where he grew up. It is now for sale – one of the most expensive properties in the world offered for $250 million.
“Brave Person Buys Black Dahlia House”
One of California’s most notorious homes that has been featured in numerous Halloween haunted home and murder mystery stories and seen in Hollywood movies, TV shows and even an American Express commercial has sold after almost five years on and off the market for about $4.7 million. An impressive and unusual piece of architecture, the Mayan-style home was designed by the son of Frank Lloyd Wright in 1927 and looks like something straight out of an Indiana Jones movie. In the 1940s, it was the home of Los Angeles surgeon Dr. George Hodel who was a suspect in the brutal murder of Elizabeth Short – better known as the Black Dahlia murder.
Visit TopTenRealEstateDeals.com for more historic, spectacular and celebrity homes and real estate news.