Birmingham, AL (The Hollywood Times) 05/25/2018 – When a rock band decides that it’s time to cover a classic tune from the genre of the alternative 90’s, an immense library of nostalgic numbers flood the mind. As a musician, I firmly believe in giving a song its due justice by playing every individual note to perfection, but also putting your own stamp on it.

Bad Wolves did just that, and much more.

The Los Angeles based heavy metal ensemble announced itself with its breakout cover of Zombie, a beautifully haunting protest song written by Dolores O’Riordan and her 90’s rock group, The Cranberries. The song, in reference to a 1993 bombing in Warrington, England, and the Easter Rising of 1916, became a massive hit in the mid 90’s, and an indelible reminder of senseless violence in the world, past and present.

O’Riordan was set to reprise her vocals with Bad Wolves frontman, Tommy Vext, for a cover of the song in January 2018 for their upcoming debut album, Disobey, but sadly passed away before the scheduled recording date. Now left with considerable shoes to fill, Vext stepped up and honored the memory of O’Riordan by delivering what is quite possibly THE superior tribute to a fallen rock star that has ever been produced.

Along with the precision personified drumming of John Boecklin (ex-DevilDriver) and the mellifluous lead guitar of Doc Coyle (ex-God Forbid), Vext and Company have sublimely revamped a beloved Generation X staple into an unparalleled homage to a dearly departed rock angel, who is surely smiling down with vast contentment from the heavens.

As if seamlessly commemorating a hit song wasn’t enough, Bad Wolves has also pledged to donate all proceeds from the single to the children of Dolores O’Riordan. A true testament of profound reverence indeed. Presently, Bad Wolves’ Zombie has attained Gold status in the U.S., and holds the honors of the #1 Rock Song of 2018, while the official music video has amassed over 100 million views and counting.

Additionally, Disobey in its entirety is pure heavy metal bliss. With the brutal veracity of the opening track, Officer Down, the song aims to address the stigma of insensate and gratuitous police violence, while tracks like Better The Devil, exhibit the boundless proficiency that the seasoned industry veterans of Bad Wolves possess in multitudes. 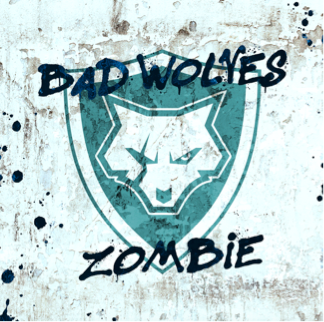 Another track that exceedingly stands out is Remember When, an account of a past incident that nearly resulted in the attempted murder of Vext by his own brother. Subsequently, Vext initiated a profession as a sober coach, aspiring to assist others in avoiding the perils of violence and drug addiction.

With an impactful debut album, along with a #1 single in heavy rotation, what’s next on the horizon for a band that has indisputably proven its merit? Starting in mid-July, Bad Wolves will be co-headlining with the likes of Five Finger Death Punch, Shinedown, Breaking Benjamin and Nothing More, and will continue touring through September.

As long as Bad Wolves continue to roar, their pack (fans) will loyally remain legion.