With Proceeds From Chart Topping Rendition Of “Zombie”

Birmingham, AL (The Hollywood Times) 06/20/2018 – To a musician or band, there’s undoubtedly no greater feeling than paying genuine homage to our heroes in the extensive rock and roll totality. But to do it on a scale that becomes a definite life change for the remaining legacy of said heroes, Bad Wolves of Los Angeles have quintessentially outdone themselves.

As promised, the heavy metal unit presented the remaining children of The Cranberries frontwoman Dolores O’Riordan last night with a check for $250,000 at their concert at the Gramercy Theatre in New York City, stemming from the success of their supreme rendition of the 1994 classic, “Zombie,” a song written by O’Riordan addressing the tragic aftermath of a 1993 bombing in Warrington, England.

The track was originally meant to be revisited by O’Riordan for a cover with Tommy Vext and Bad Wolves, but she sadly passed away before recording. In her wake, Vext and his pack have delivered what is quite possibly the definitive acclaim to a fallen rock and roll hero.

“The connection that people have to this song, the stories, the memories and the kids who are hearing this song through Bad Wolves for the first time – it’s a true testament to the timelessness of their mother’s songwriting that will live on forever, and we are so grateful to be able to do this for them.”

Somewhere in the rock and roll heavens, an angel is serenely smiling down on Bad Wolves. 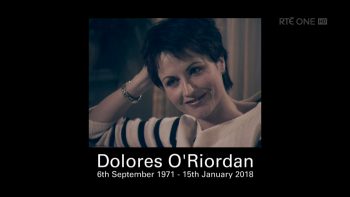 The entirety of their debut “Disobey” is 13 tracks of unfeigned metal in its finest form. From the savagery of tracks such as “Learn To Live, No Masters and Better The Devil, to the earnesty of “Remember When and Hear Me Now,” it’s safe to affirm that Bad Wolves are the true leader of the pack in 2018.

Currently on the “What’s In Your Head” tour with labelmates, From Ashes To New, and special guest, Diamante, Bad Wolves will be spending the foreseeable months on the road supporting what has now become the breakout album of 2018.