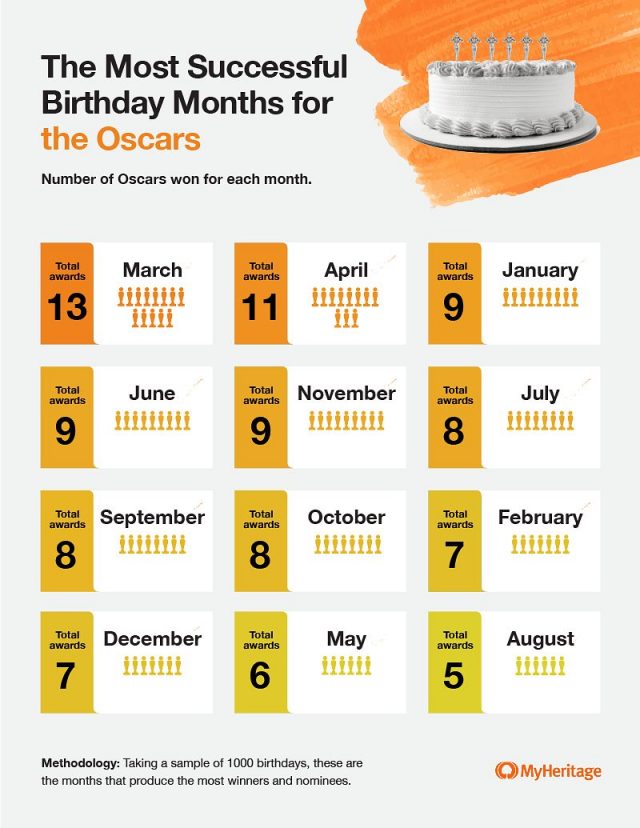 What do Oscar winners Christopher Walken, Lupita Nyong’o and Rachel Weisz all have in common? They were all born in March!
Researchers from MyHeritage have gathered the birthdays of 1000 recipients of numerous prestigious prizes to discover the birthdays most likely to win you an award, with March proving to be the most successful amongst Hollywood Oscar winners.
In fact, 13 winners were born in the third month, including Reese Witherspoon and Lady Gaga!
April proved to be the second most successful month for Oscar winners, with Adrien Brody and Jack Nicholson boring in this month.
The data also discovered the most successful birthday overall, out of the 10 awards studied – The Grammys, Oscars, World Cup, Michelin Star Award, The Golden Globes, The Pulitzer Prize, The Nobel Prize, The Booker Prize, the Palme d’Or and the Olympics.
Out of 365 days in a year, April 30 proves to be the birthday that has produced the most winners. 11 were born on this date, including Oscar-winner Cloris Leachman, one of the most celebrated actresses in history.