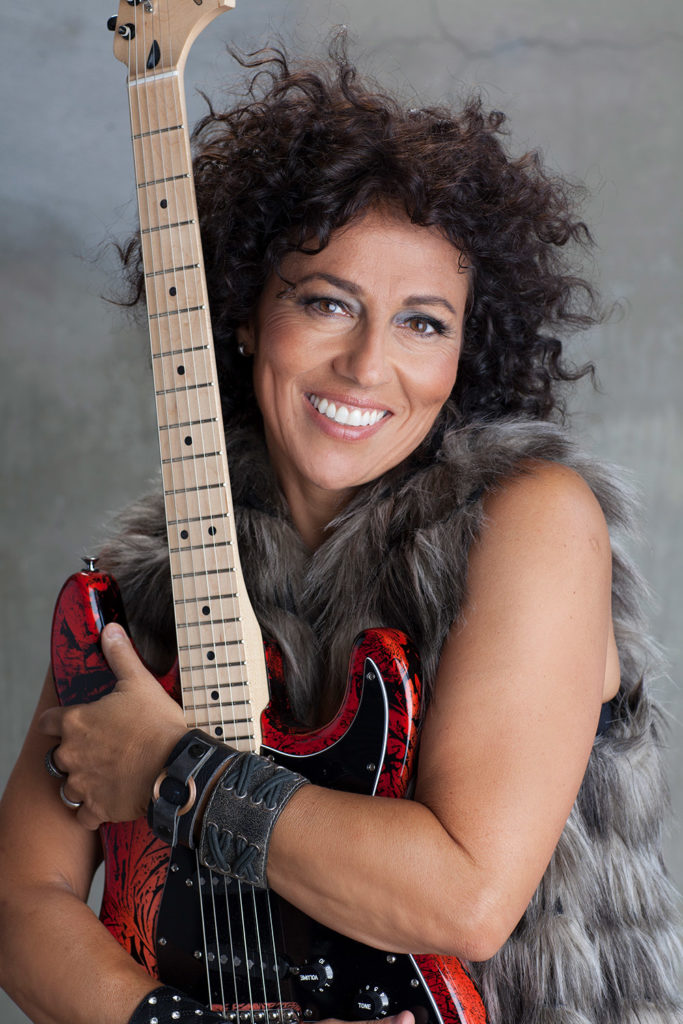 Ayline Artin’s first single to be released on March 2nd

Ayline’s first single, Love Taboo, will be released March 2 on iTunes and Spotify. I have listened to the song and you all need to get a copy of it.

The Hollywood Times had the opportunity to talk to Ayline about the songs she sang as the opener for Kenny Loggins a couple of months ago. Here is the list of songs and how they came about.

Ayline Artin – (Putting the Art-in your life) her motto:
“’Hypnotized’” – I wrote this song about a year ago. This song is about Ana and how she made me feel the first time I saw her, at a certain event, across the room, which was over 23 years ago!”

“’Reality’ – I wrote this song two weeks before the show. It took me about 10 minutes to write both music and lyrics. It’s about creating our own reality. This was the song I sang right before I told the story about me and Lake Tahoe back in August this past summer.  Thinking about Kenny Loggins while I was sitting on the beach watching the sunset. I thought to myself how much I really enjoy his music and that I too can be like “Kenny Loggins.” The female version! Two months later, when I came back to LA, I started working with a publicist in September. Within the first month, I got news that I would be opening for Kenny Loggins.”

“This song ‘Reality,’ is very powerful for me. I had so many strangers come up to me after the show telling me how much they can relate to this song. It’s probably one of the most universal songs I’ve written. Because so many come from a past of pain and then realize that they are the ones who truly hold the key to open the door of this beautiful life. It is up to us to open those doors. Hence, having the power of our own thoughts and manifestations. The last two years of my life I have been working with my amazing spiritual / life coach/meditation teacher, Krista Arthur, who has helped me manifest beautiful things in my life and believe in myself as an artist. Working with her has truly helped me breakthrough my inner blocks. I now have clarity, deserve ability, and certainty! It was very important that I did use this song at the Kenny Loggins show. It was one of the easiest songs I’ve ever written and uplifting as well!”

“’Just Like Stevie’ – The song is about my all-time favorite female idol, Stevie Nicks. It’s about me, back when I was a little girl, and dreamt of being like Stevie Nicks on stage. At the show, I sing only half the song and then go into her cover song, “Edge of 17”. This is one of my favorite songs to perform on stage! There’s nothing like singing a Stevie Nicks song and rocking it. One of my dreams is to be able to do this song with her someday. I work on manifesting this on a daily basis. LOL”

“’Love Taboo’ – This song is about the beginning stages of getting together with my wife over 23 years ago. She wasn’t available at the time, but our feelings were there for each other.
I waited until she was single before I made my move. The song has a lot of sexy in it. 🙂
It’s an audience favorite!” This is Ayline’s 1st song release happening March 2nd.
“’I’m Through With You’ – This song comes from a very painful memory/experience in my past. It’s about letting go of the power and control this person had over me back when I was a 14-year old girl. It’s kind of like an FU song and ‘I’m done’ song. There is another song I wrote called “Fool Everyone’s Eyes”. I didn’t do it at the show. But it is about the same person. I wrote both these songs a little over a year ago.”

“’I Won’t Go’ – I wrote this song less than a year ago. It’s a song written for my wife Ana. When I had a show down in Hermosa Beach one night at Saint Rocke, I surprised her with this song. I wrote it because obviously I love and adore her. But during this time in our lives my musical career started picking up. I started meeting the right people and getting booked for a lot of shows. In addition, this song was pitched to the executive music director of the TV show Nashville, Frankie Pine. My producer had a connection with her and she wanted to hear the song. So we recorded it and sent it to them. The only news we got was that they loved it. We weren’t sure if there was a placement of the song for the show. Long story short, the TV show was canceled a month ago. But back to the meaning of the song, I wrote it for Ana because I wanted her to know that no matter where my music career takes me and our family, without having her at my side and in my life, none of it is worth it. Which is why I say ‘I Won’t Go’. Everything that has happened to me, besides me creating my own reality, has been supported by her. So this song was a gift to let her know how much I love her, I am hers’ forever, and that I would never let her go. I know, I know, it’s sappy. But super true.”

“’Indulge In You’ – this song actually came about because I needed to write a song about ice cream. Believe it or not! I wrote less than a year ago. It was an assignment I have to do in one of my song writing classes that I take from time to time privately. The assignment was to write about how ice cream makes you feel. So what I did was substitute feelings for ice cream for my wife Ana. Easy cheesy! The song flowed out of me! Anytime I write a song about my feelings about my wife, it’s a done deal! I’m pretty lucky that way.”

“During the last six months my writing has changed a bit. For example, “Reality”.

That song Is more of a universal song where most people can relate. I’m focusing more on writing songs with a universal message. So much is going on in the world today. I don’t usually enjoy writing songs about politics at all! And I probably never will. Well I shouldn’t say never. I just like to write songs that make me and others feel good and where most people can relate. “Reality” is that song. It touched others to help me then feel powerful just knowing that they are the creators of such a beautiful life for themselves. Our own voice is what we hear all day long. Why not tell ourselves great things!? Now that’s Super powerful!”
Great advice from Ayline about her “Reality” song.

To find out more about Ayline and to buy her new single, check out her webpage:
http://www.aylineartin.com/
Facebook: https://www.facebook.com/AylineArtin/
Twitter: https://twitter.com/AylineArtin

About Ayline Artin
“The voice of an angel”, “Captivating and sexy”, “Brought me to tears”, “The Enchantress”.
What audiences are saying when experiencing the sultry and soulful voice of singer/songwriter Ayline Artin. A multi-talented performer who can command a stage whether she’s on her own with a piano or guitar, or accompanied by a full band, Ayline is an emerging force in the world of female performers.

Born in Africa, Ayline came to the US at the age of one and grew up in Canoga Park, California. Her love of music began early when she started playing piano at six years old. It wasn’t until years later that Ayline received her first Taylor Guitar — a gift from her wife and enthusiastic supporter — and taught herself to play. Committing to her passion for music, Ayline subsequently took up songwriting, built a devoted fan base and has performed at numerous iconic venues around Los Angeles including The Troubadour, The El Rey Theater, The Roxy and The Hotel Cafe.

Currently in the studio recording her début LP — due out in early 2018 — Ayline’s collection of 10 original songs will showcase musical genres from edgy rock to pop to country and blues. “This album is really a tribute to my wife who illuminates my world. While there are a couple of songs about past personal sadness, most of the songs I wrote come from a place of love and respect, with some sexy thrown in!”

For the past several years, Ayline has championed raising awareness for genocide prevention and orphans in Armenia by performing at the Silence the Lies, Rock the Truth and Feeding the Need concerts. A living inspiration to her own young daughters, Ayline — affectionately known as a bad-ass rock ’n’ roll mom — resides in Redondo Beach with her wife and kids.