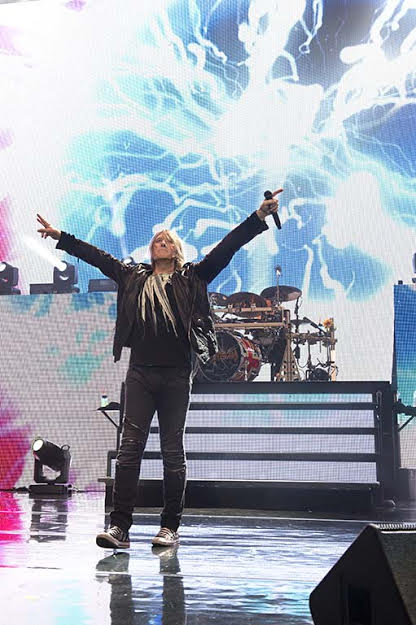 “DEF LEPPARD… AND THERE WILL BE A NEXT TIME: LIVE FROM DETROIT”

Filmed live at the DTE Energy Music Theatre, DEF LEPPARD… AND THERE WILL BE A NEXT TIME: LIVE FROM DETROIT boasts a roaring setlist and high-octane stage effects, as the rock masterminds send the crowd into all-out “Hysteria” with a perfect blend of signature hits and modern favorites. Highlights include “Pour Some Sugar On Me,” “Photograph,” “Let’s Get Rocked,” “Rock Of Ages,” “Animal,” “Foolin’,” “Let’s Go” and much more. The recently released concert experience hit #1 in North America and notched 8 international Top 10 placements on DVD charts.

Fresh off winning the fan voted Classic Rock Magazine Album of the Year award, Def Leppard returned to the road on April 8th for a three-month run across North America. The Live Nation promoted outing will storm through cities across parts of the U.S. and Canada. This new leg of dates follows the groups massive 70+ city 2016 tour and kicked off on April 8th in Manchester, NH and will wrap on June 25th in Indianapolis, IN. Joining Def Leppard on select dates are Poison and Tesla.

With two prestigious Diamond Awards to their credit, Def Leppard—Joe Elliott, Phil Collen, Vivian Campbell, Rick “Sav” Savage and Rick Allen—continues to stand tall in the music industry and deliver some of the most iconic rock melodies and memorable anthems of all time. Most recently, their 2015 self-titled album featured singles “Dangerous” and “Let’s Go” which premiered via RollingStone.com and hit #1 on the Billboard Top Rock Albums Chart.