Los Angeles, CA (The Hollywood Times) 10/02/2022- After being on hiatus for twenty-five years, award winning writer/producer Frank Mancuso has come back stronger than ever. With over 170 awards won in the last couple of years for his different scripts, he is ready to bring these stories to life. After meeting his business partner, Chris Bear Adams, onset of the TV show Elementary; Mancuso joined his production company Blue Iron Productions. They produced their first feature film together, Blue Iron, which went on to win multiple awards. You can check out this film on Amazon Prime. Tackling two horror scripts since Covid, Mancuso and Adams are gearing up for their next horror film in a series that they created together.

“Chris and I wrote a four-part series for a program we are trying to do. The first film in this series was the Devil’s Playground which we shot a few months ago. The Devil’s Playground was written by a good friend of mine, Paul Pinsdorf, who also wrote one of the other films in our series, The Dark Forest. Next one in line is the Delusional PA which is currently in preproduction, followed by The Werewolf of Wall Street. The Delusional PA is about actors who are going to be killed by a production assistant who goes delusional because everyone treats the PA badly. Chris and I are hoping that this film will leave the audience wondering if it is real or not,” said Mancuso.

The Delusional PA has won 23 awards, 2 nominations, and 2 honorable mentions from film festivals all over the world. Staying in the horror genre, Mancuso has recently written another horror/sci-fi film called Q-10 Diner, about 10 quarantine survivors who find themselves trapped in a diner unsure of who will catch the Corona Virus next. Its tag line is “Fear itself is deadlier than the virus”. Mancuso hopes to get funding for it soon so that he can start putting that in preproduction as well. 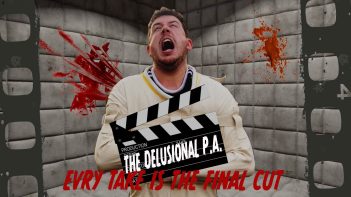 “Since we did the Devil’s Playground, Chris and I have found ourselves in the horror mode,” stated Mancuso. “If you understand the AFM, American Film Market, the horror genre is the best way to go for an independent filmmaker right now. Therefore, we decided to stick to this genre. However, we wanted to make sure that our horror films stuck out from other horror films. That is why when we created our first horror/sci-fi feature, Shift, we turned it into an animated feature. With Q-10 Diner, this production has a much bigger budget therefore we are hoping to get some investors interested and on board so that we can tackle this one as well. With Covid still prominent, Chris and I are hoping to get this one shot soon.”

As their recent film, Shift, hits the film festival circuit, Mancuso and Adams hope that it will start to get recognition and a few interested buyers. They are also hoping that it will stream on Shutter and on Amazon Prime. Being independent filmmakers, having a good following on a project is one of their key objectives which they hope will grow their company and help them in their future endeavors.

As many independent filmmakers know, creating a film from the ground up can be harder than it looks. There are many factors to take into account, and when you are working with a skeleton crew things can and do go wrong.

“Shift took a year and a half to shoot, because we had a huge obstacle with financing. There were a lot of technical issues as well with the audio and the greenscreen that gave us a lot of trouble. We also had to create a lot of special effects for this film because it was animated. This film was a cross between Under World and X-men. Therefore, with a skeleton crew we needed all hands-on deck. Chris and I wore multiple hats and when that happens mistakes do occur. However, that is the joy of filmmaking for an independent filmmaker. We both love the whole process, from writing the script to casting it. Then to finally getting to shoot it. Yes, it has its ups and downs but you really got to love it,” explained Mancuso.

When screenwriters create a script, it goes through many drafts and rewrites especially when there are multiple writers involved. Mancuso and Adams have been writing scripts together for many years now and one of their prized scripts that has won over 27 awards, 17 finalists, and 5 honorable mentions was The Promise. It won all over the world at film festivals in Rome, Hong Kong, Sweden, England, Madrid, NYC, and Italy.

“The Promise by far is my favorite screenplay that I wrote with Chris. We really worked hard on it. One of the questions people kept asking me is how many drafts did I do on it. We did at least 20-25 drafts because we kept going back to change different aspects of the script. It’s got the sci-fi, horror, sleezy corporations, and mystery all involved. Then you have people getting killed by werewolves and their transformations so it is a really cool concept. This screenplay won so many awards at different film festivals like Hollywood Blood Horror Film Festival, Vegas Movie Awards, Rome International Movie Awards, and Hong Kong Indie Film Festival just to name a few. Chris and I have such a good relationship because we think the same. So, when we wrote The Promise, we could bounce ideas off each other and really create a great script. We got a great review from the Crown Awards stating that they loved how we tied everything together and come up with a twist at the end that they did not expect. That is what I love to do as a writer, I love leaving the audience wondering what is going to happen next,” said Mancuso. 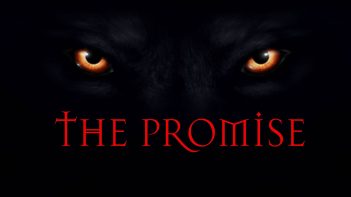 Inspiration can come from different sources for a writer. Sometimes its from what they have seen, or heard, or experienced. For his script, Stand your Ground, Mancuso got his spark of inspiration from a news story that he saw one afternoon.

“Stand your Ground, was based off a newscast I saw of a sheriff in Florida who said that if anyone came into his town you would either end up in a body bag or in jail,” expressed Mancuso. “I thought this was a great story to create so I sat down and started writing. I created a backstory for this sheriff where he was an army veteran who came home to his mother being killed in a drive by shooting.  This led him to run for sheriff due to the fact that the mayor and the politicians were all corrupt. I wrote this script in 10 days and it all came from that one newscast I saw.”

Every screenwriter encounters writers block, and Mancuso has great advice for when this occurs.

“My tip for writers is if you have the idea in your head then get up to the computer and write it down. I made a mistake once where I decided to stay in bed instead of record a plot line and the next morning, I forgot everything that came to my head. It was a hard lesson to learn but now even if it is 2am in the morning, I will get up and record what comes to my mind so that I do not lose out on a good story, said Mancuso.