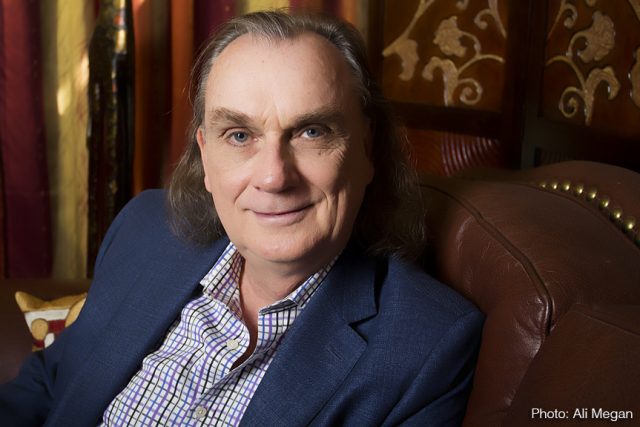 Los Angeles, California (The Hollywood Times) 3/02/2021 –  Philip C. Sedgwick is an award-winning writer. He is often sought out for and has completed many work-for-hire screenplay assignments. He is known for his screenplays, QUIET EYES, and OUT OF THE DARKNESS. He spoke with the Hollywood Times about his new short, ZAP!

What does it take to be a great screenplay writer?

Diligence to do the work required to understand the craft. This includes knowing how a story works, understanding how characters and their motivations drive a story, and knowing the mechanics of physically crafting a script.

Determination is required to possess the drive to take on such a daunting agenda. This means believing that you can write, knowing you have something to say, and realizing that you’ve wrapped around this entertaining people thing. Determination to persist and proceed even when setbacks, rejection, and life seek to interfere with the path. The determination to create something every single day. Create ideas, generate dialogue, plot stories, even if it is not written in a file, to invoke the process of writing every day.

Dedication in that an unrelenting desire must range through every fiber of your being and that must be applied consistently and constantly.

You have more than thirty scripts and films. Do you have a favorite?

My favorite script changes and sometimes changes back again. Of my original scripts, I am quite partial to NEON CACTUS, AN UNDOCUMENTED RUMOR, and more recently CACTUS JUNCTION and THE GHOST’S WRITERS’ WORKSHOP. For many reasons, I am also very fond of OUT OF THE DARKNESS, a work-for-hire biopic about Clyde Tombaugh’s discovery of the planet, Pluto.

Film-wise I gotta go with ZAP!, my directorial debut.

Tell us about QUIET EYES.

QUIET EYES was a work-for-hire project. I met an OBGYN on Stage32 and we commenced a dialogue about writing in general. After a while, it was decided she would hire me to rework the script she had about her life. Anyway, previously she was married to a charming and talented doctor, who was arrested and convicted (how scary is that!?) for the murder of his first wife. The story addresses the aftermath that the doctor and her teenage daughter endured during the arrest, trial, and subsequent parole hearings. The script is available and is very female-centric and uplifting. Pretty good for a true crime story!

Last year, your short script ZAP! took first place in the Phoenix Film Festival. What was your inspiration?

Ah, ZAP! One night after reading an article about the infrared brightening of the black hole that is the core of our galaxy, I dreamed about an astronomer doing a podcast about and uploading images of the center of our galaxy. All the while he is bothered by mosquitos and reverts to setting up a bug zapper. Telling more might spoil the story, but suffice it to say, when I woke up I realized it was a film. I wrote the script, put it into several fests and it did very well, especially with the win in the Phoenix Film Festival.

Given there is one actor and one location it occurred to me that this could be safely filmed even with the pandemic. Not only that, the winnings from the Phoenix fest paid for the bug zapper used in the film (it’s a monster zapper). So, we filmed it one night last October with a concise crew. As we filmed our local pack of coyotes offered a chorus of their best howling at an absolutely perfect time in the filming.

Currently, we’re early in the festival circuit and I’m pleased with the response to my directorial debut. 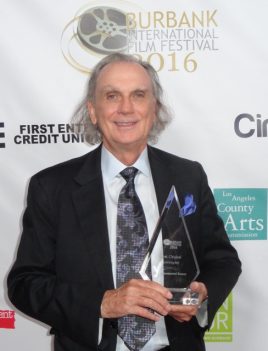 How have you evolved as a screenplay writer?

For one thing, I’ve gotten so much better. My dialogue has become more authentic and nuanced. I’ve added three layers to thicken my skin and I know I can write. Response to my writing does not have the emotional impact it used to have early on.

Also, I’ve learned to trust my gut. When I write a first or second or even tenth draft, my belly barometer reacts if I write something off-kilter. Early on, I would keep in things that didn’t serve the story because it was funny or something I wanted to relay as a message. Now, my instincts serve to create projects that will hit demographic marks, entertain, and keep people thinking and discussing after they read a script or watch a film.

I have also grown to realize I am a fan of applauding the successes and accomplishments of other writers. It seems to me the more that can be done, the better it is for all!

Tell us about NEON CACTUS. Why is this so important to you?

NEON CACTUS came to me as a title first. Walking out of a Mexican restaurant I noticed a neon cactus lamp in a gift shop window. When I muttered something about it (sotto), I realized that was a cool title for a screenplay. This came to me very early in my writing days. In fact, it was the second script I ever penned. I submitted what virtually was the first draft to the Nicholl Fellowship and it placed as a quarter-finalist. This affirmed to me that I could write scripts and should continue doing so.

The story was part of my working through things that happened (or might have happened according to recollection) when I was in the Navy off the coast of Vietnam engaged in shore bombardment many years ago. So much happened in that time and I needed to exorcise my emotional memories of that time and events. With memory for a scene that is the core, I built a story of how one accidentally stumbles into recovering parts of oneself if one permits life to grant the situations to do so, no matter how off the beaten path those situations might be. 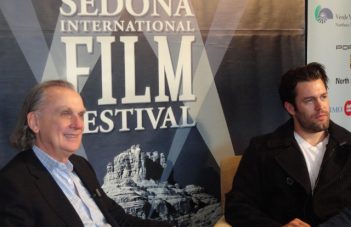 You are pitching An Undocumented Rumor. Why is this timely?

An Undocumented Rumor is based upon real-world claims made by Arizona politicians and law enforcement officials that Muslim terrorists were crossing Arizona’s border disguised as Mexicans. Allegedly, these insurgents were going to execute terror attacks and create mayhem in the United States. Well, this became quite the conspiracy theory.

Living in Arizona, we heard the conspiracies heap. Tired of listening to this, I penned a tale about the effects of the border fence… all the effects. There are the obvious human tragedies the fence causes. There are the political conflicts that the fence creates, both within our nation and between nations. As well, the fence causes enormous environmental impact, including but not limited to the ability of mammals (jaguars and ocelots for instance) to freely migrate as they did before the fence.

I decided to make the central character a Muslim female reporter, so the hardships of discrimination and judgment could prevail through the tale. Additionally, the antagonist is also female. Ultimately, this is a script of the great diversity that addresses human, political, and environmental concerns.

Where do you go from here?

Every day I create or write. Every day I reach out to those looking for writers and companies seeking scripts. Like everyone, I have my hand out seeking film funding. But most important is to continue writing, sharpening my craft, and working to anticipate what the viewing audience will want when a script could potentially reach screening platforms or the screens themselves.

Constantly, I’m looking for those who need a writer to craft a screenplay. Given that, I will turn down potential projects if it is a tale I cannot do justice in writing. As time permits, I will coach writers or doctor scripts.

Every chance I get I will attend any event or film festival (when pandemically appropriate to do so safely) and meet everyone I can. This is a relationship-based industry. Meeting people is key. Being friendly, helpful, and interesting is key.

More practically, I am engaged in a long-term relationship with a film financier in London. My current task is to coach and doctor his current writing project. We are hopeful to be in pre-production this year. We have some unusual characters that we are certain talent would love to portray. There is talk of ongoing projects beyond this one. I absolutely love the process I’m in with the current script… in fact, my work on it directly feeds my creativity, too.

My available links are: