A documentary telling the unbelievable but true story of the people of Flint, MI. and the continuing water crisis that affects all of us.

TRAVERSE CITY / NEW YORK – JULY 28, 2017 – Filmmaker Anthony Baxter (You’ve Been Trumped) announced this morning at the Traverse City Film Festival that Imaginary Forces, the creative company behind the 2017 Emmy-nominated documentary Sonic Sea, is joining forces with Montrose Pictures in the making of what’s being called the definitive feature documentary on the ongoing water crisis in Flint, Michigan, FLINT. Revealing details of the partnership during a special screening of 20 minutes of footage, less than 200 miles from Flint, FLINT aims to bring awareness to another complex story, one about broken trust and the people who are left to deal with the fallout after the cameras leave.

David-and-Goliath struggles are nothing new to Baxter, who first brought to the world’s attention the plight of residents in Scotland battling Donald Trump in the critically acclaimed 2012 film, You’ve Been Trumped. With FLINT, the Scottish Director was alerted by local residents to the water crisis unfolding in the small Michigan town months before the story became headline news.

Of the new collaboration with Montrose Pictures and FLINT Director Anthony Baxter, Imaginary Forces co-founder Peter Frankfurt said, “This is an urgently needed documentary. Imaginary Forces is good at expressing complex ideas in simple and affecting ways. We want the world to connect with what happened and what’s still happening in Flint. Anthony is telling a powerful and important story and we are glad to take part in this film.”

Baxter added, “We thought it important to tell this story from the eyes of the residents, not the politicians and celebrities who come and go in Flint on a regular basis.  It’s a riveting story about the breakdown of trust, and one that has huge resonance and relevance in today’s America.”

Imaginary Forces’ co-founder Chip Houghton said, “When Anthony came to us with hundreds of hours of extraordinary footage filmed over years, and relayed the responsibility he felt to tell these stories, we were immediately on board. By the time FLINT hits movie theaters, it will have been three years in the making. It’s a ticking clock for all of us and this story represents both the best and worst of who we are as a nation.”

Montrose Pictures Creative Partner and FLINT Producer and Writer Richard Phinney added, “We are delighted and honored to be working with such a brilliant and award-winning creative team as we near the finishing line.”

From Montrose Pictures, FLINT boasts a production team with a string of Sundance, BBC and PBS credits to their names. The editing team on FLINT is being overseen by Kurt Engfehr, editor on Fahrenheit 9/11 and Bowling for Columbine, among many other award-winning films.

Imaginary Forces’ Sonic Sea, which is up for 3 Emmys this year including “Best Nature Documentary,” “Outstanding Graphic Design and Art Direction” and “Outstanding Music & Sound,” was an environmental call to action to bring awareness to lethal noise pollution in our oceans.  Sonic Sea was co-produced with NRDC (Natural Resource Defense Council), IFAW (International Fund for Animal Welfare), and Diamond Docs and premiered on Discovery Impact in the spring of 2016. The creative team at Imaginary Forces is also Emmy nominated this year for “Outstanding Main Title Design” for their work on Netflix’s Stranger Things and recently, in association with New Form Entertainment, created Threads, a 20 episodic series premiering exclusively on Verizon Go90.

Montrose Pictures is a producer of feature documentaries based in Montrose, Scotland. The company’s films include You’ve Been Trumped (2012), A Dangerous Game (2014),the BBC’s Dark Side of the Greens (2015) and You’ve Been Trumped Too (2016).   Flint will be released in movie theaters and broadcast on television in 2018. 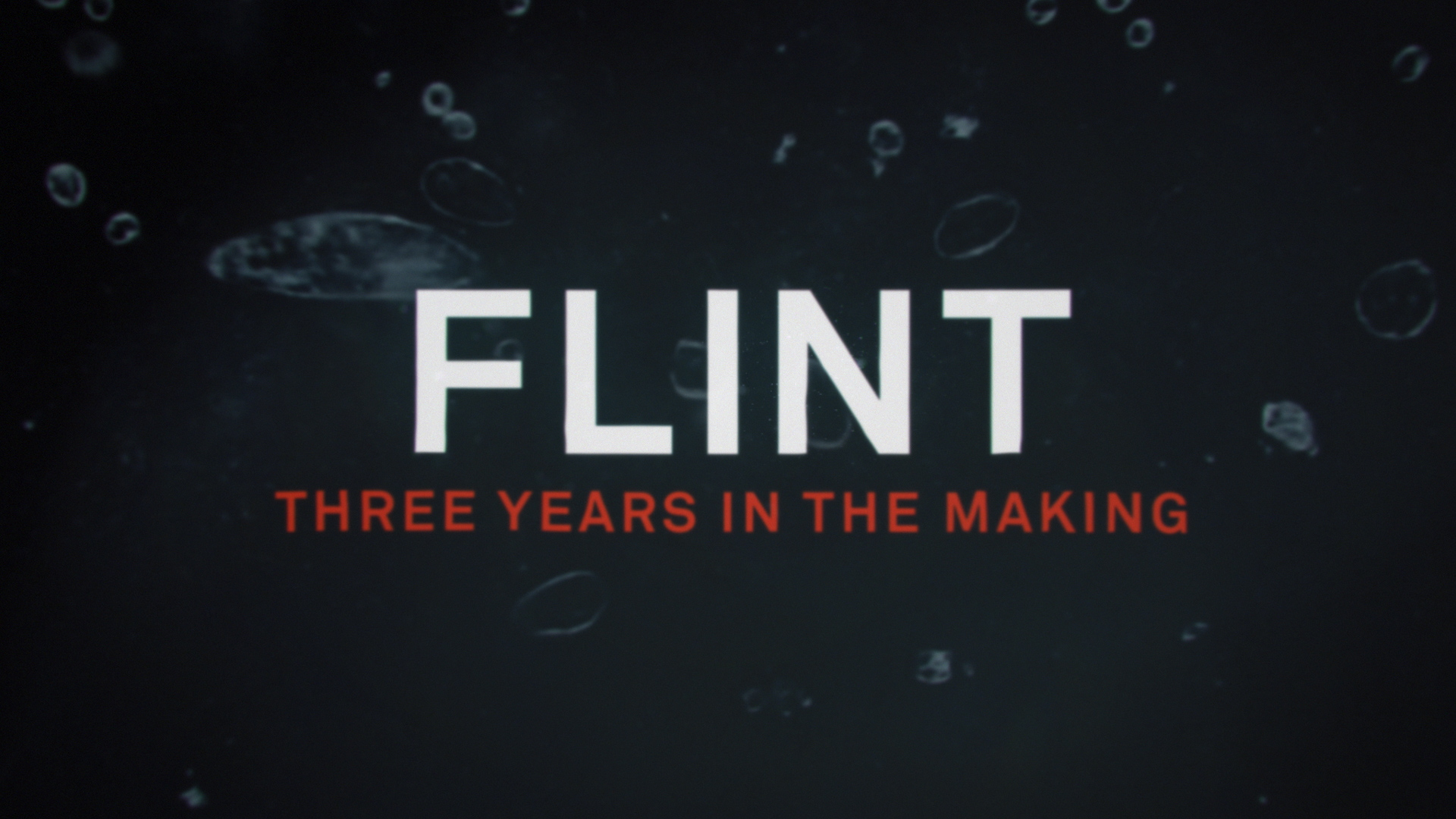