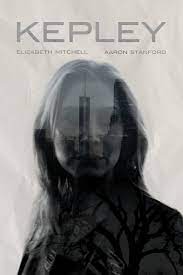 At the mere age of 15 and 20, captivated by the power of filmmaking and a shared passion for storytelling, Stephanie Katherine Grant and her brother, Michael Grant, co-founded HarisGrant Productions with the intention to write, produce and direct projects that will inspire generations to come.This distinguished creative duo is thrilled to announce that their latest award winning short film, KEPLEY, is being selected by film festivals around the world — it will premiere on September 10th as part of the Burbank Film Festival as well as the Orlando Film Festival and the Prague International Indie Festival on September 18th.

KEPLEY is a neo-noir thriller, centered around veteran detective, Gillian Kepley, whose investigation of a troubling missing persons’ case, uncovers hidden truths from her past. The case pushes her beyond her limits and forces her to confront mistakes from her burdened life. The film stars LOST’s Emmy-nominee Elizabeth Mitchell and Aaron Stanford with a special appearance by Stephanie Katherine.

Their 2016 release of their first short, DOMINION, was screened at Cannes Short Corner, Calgary’s International Film Festival, the LA Shorts Film Festival, Orlando Film Festival and the Citizen Jane Film Festival. Set in the cutthroat world of Wall Street, a young, brilliant investor is forced to confront his hidden realities when framed by his manipulative boss for a crime he did not commit.

In addition to their films, DOMINION and KEPLEY, their documentary entitled EKOTA was a true personal passion project. Their mother, Dr. Anna Yallourakis, is the CEO of the non-profit organization, Fili, Inc. that has worked for over 20 years to save girls in Kolkata, India who were victims of human trafficking.

Stephanie Katherine and Michael produced this a documentary in order to bring world-wide attention to this horrific atrocity. EKOTA tells the story of the nun who has rescued these young girls and built schools to provide them with an education and showing them the unlimited possibilities for a better quality of life.

As Emmy Mirsky for 9 seasons on the hit series, THE GOLDBERGS, Stephanie Katherine garnered the attention of the industry, receiving the Young Artist Award for Best Performance in a TV Series sponsored by the Hollywood Foreign Press, the Young Entertainer Award for Best Recurring Actress in a Television Series and the CinEuphoria Merit Award.

It was Cannes Film Festival’s screening of Jerry Lewis’ final film, MAX ROSE that recognized Stephanie for her standout performance as Lewis’ granddaughter. On stage, she was compared to a young Meryl Steep in the production of the Pulitzer Prize winning play CONEY ISLAND CHRISTMAS at the Geffen Playhouse in Los Angeles. Her fans were first introduced to her in Starz’s SURVIVOR’S REMORSE, CRIMINAL MINDS and Nickelodeon’s DEADTIME STORIES.

Michael got his start as an actor in 2009, and co-starred in several features including WHERE HOPE GROWS where he won Young Artist Award, Best Performance in a Feature Film, SUMMER OF 8 where he won Young Entertainer Award, Best Leading Young Actor, PITCHING TENTS and ZOE GONE. He was a series regular on THE SECRET LIFE OF THE AMERICAN TEENAGER and has also appeared in several notable shows as BROOKLYN NINE NINE and PRETTY LITTLE LIARS. Michael is also a classically trained pianist who composed the scores for KEPLEY, DOMINION and EKOTA.

Believing that film is a vehicle for love and truth, Stephanie Katherine and Michael’s level of authenticity and slate of thought provoking stories set their brand apart. Considered as some of the most significant young filmmakers today, they thrive by teaching young artists how to see the world with a much broader lens. There is no doubt that Stephanie Katherine and Michael’s HarisGrant Productions is on track to change today’s media landscape for the next generation.