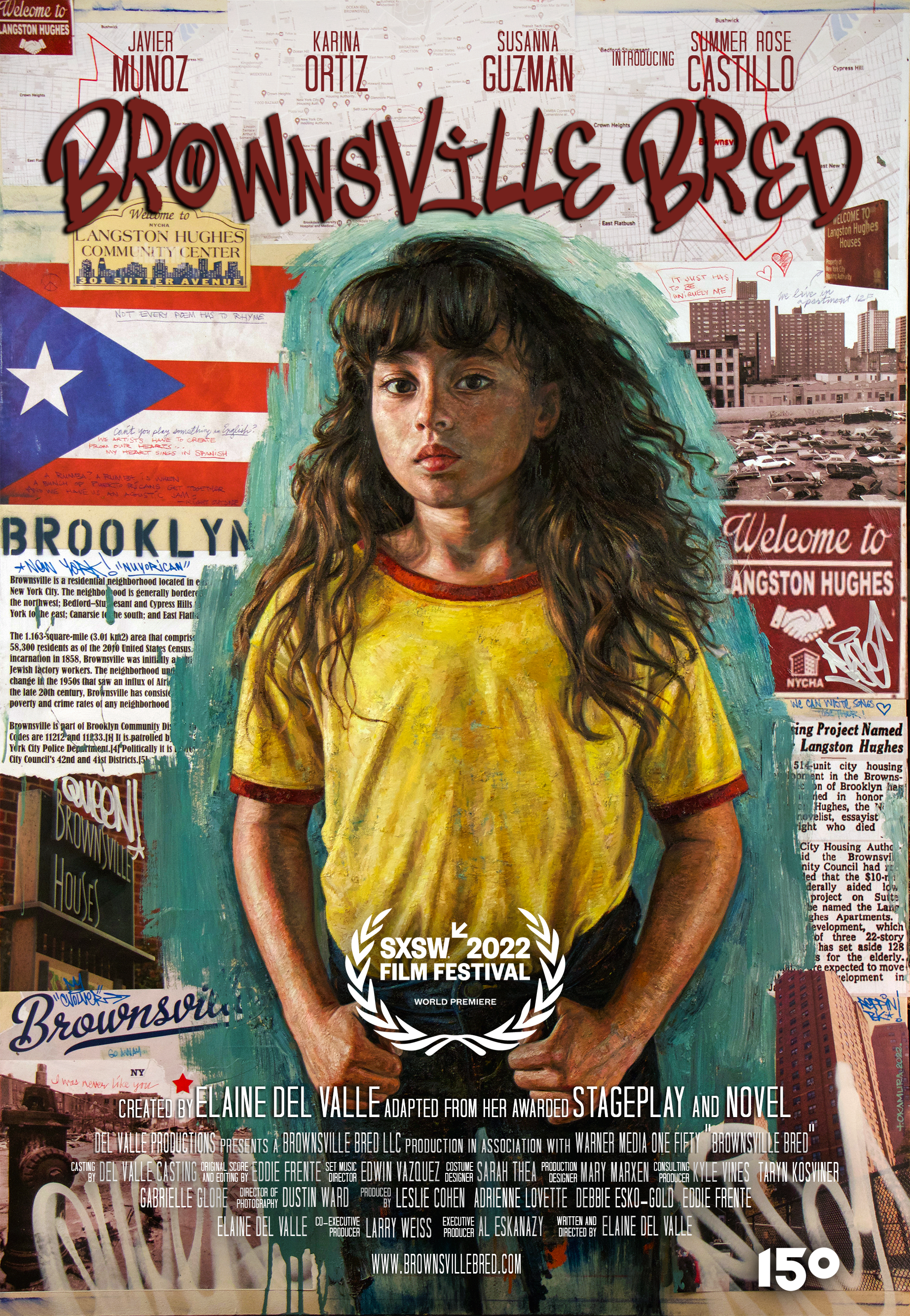 Austin, TX (The Hollywood Times) 3/21/22 – The 2022 SXSW Film Festival is currently running in Austin, Texas with a great lineup of guest speakers, a comedy festival, and great exhibitions. Award Winning writer, director, producer, and casting director Elaine Del Valle is one of this year’s attendees having been nominated for SXSW Grand Jury Award for her episodic pilot Brownsville Bred.

“It’s an amazing opportunity for any filmmaker to be nominated at this prestigious film festival. I am eager to see how the audience will react to the journey of this Latina through her life, and hopefully feel like they can relate in some way. I want them to see her, hear her, acknowledge her because I feel like Latinas need to have more of an opportunity to be on screen. We are the least represented on screen as it relates to our population. I did have one audience goer, after a recent premiere, say to me that she was amazed at how the storyline took her back to the first time she saw a Spike Lee film. When she watched Spike Lee’s film, she saw herself on screen in the character and she noticed how Brownsville Bred did the same thing for her. These reactions are the best take aways for me as a director, because it means that my characters are making a difference and giving audience members great experiences,” said Del Valle.

Using her own life experiences, Del Valle started changing the way people saw her as an actress by creating a one woman show about her Latina upbringing. This show became the kickoff for her pilot Brownsville Bred.

“I felt extraordinarily misunderstood as a Latina actress from the entertainment industry. Here I had the experience of growing up in the welfare projects of Brownsville Brooklyn and only being seen by casting directors, producers and creatives as someone who leads a glorious life. The commercial aspect is where I was succeeding as an actor but I wasn’t being seen. I didn’t feel authentically represented. So, I started writing while I was studying acting at Carnegie Hall with the legendary theatre actor Wynn Handmin. Once I shared my writings with Wynn, he told me that I must keep writing my story. Afterwards, I started putting it into festivals and then it went to off off Broadway and then Off Broadway. The New York Times wrote about it and it really became more than I ever dreamed and certainly bigger than me,” expressed Del Valle.

Choosing which film projects to get involved in can become a tedious task, but Del Valle enjoys challenging herself and growing her own skill set.

“I always try to do something different because I like to grow. It is important to always believe in your projects and have them attract something in your core. Filmmaking is super hard and it’s a long process so it needs to continue to excite you throughout. I am very careful as to the projects I take on, because I understand how much of a commitment it is, and I really want to feel proud of the final product. With Princess Cut, which is now streaming on HBO Max, last year it won the Latinx Short Director award. It was adapted from a play called Bitch Brows which I had seen at the Hollywood Fringe Festival. I really grew as a director on this project, because it focused my attention on other things besides thinking of representation.  It explored two women from opposite sides of the economic spectrum who found themselves at a laundry mat at the end of the summer in the Hamptons. This was when all the wealthy people left the Hamptons. They found common ground, and I believe that people from all walks of life can find common ground. This was a lesson I had learned while creating Brownsville Bred, because when I put that show on, I thought that only my classmates and teacher would get the story. What I had come to realize is that people from all walks of life could relate to the themes, and really understand what I went through. You did not have to be Latino to understand the hardships,” explained Del Valle.

Deciding to engross herself more into the industry, Del Valle became a casting director in hopes of helping those actors that are underrepresented and in need of guidance.

“As a casting director you are never in charge of what you are casting next.  I have an array of wonderful clients that come to me with different projects that are sometimes extraordinarily challenging and others that are easy. However, it’s financially securing as an artist and it allows me the chance to give opportunities to actors, to supply producers with dynamic talent, to get to know the agents and representatives, as well as get paid. I get really excited when another client recommends me to another client. For example, I was recommended for Alma’s Way, a new PBS series for Fred Rogers Productions and PBS Kids, by someone who knew me from Dora the Explorer. In addition, being a Warner Media 150 Artist, a program that really champions underserved voices and stories, I have reached out to my fellow 150 artists to offer them my casting services to their 150 projects as a courtesy. I know the hardships that they are going through, and being a casting director allows me to be there for them in a way I know I can help,” explained Del Valle.

Being a multi-hyphenate filmmaker, Del Valle fancies some jobs over others. When asked which job she liked the most, she expressed her love for directing first.

“I would have to put it into this order: directing, acting, writing, casting directing, and producing. With directing I get to have my entire vision on the screen the way I want it. This includes the story I wanted to tell, the actors I wanted to use, and the way the color palette and camera informed the story. That is by far the most challenging, the most creative, and the most firing on all the engines. That is what is exciting to me. As an actor this year started off really well. I was a recurring guest star on Queens for ABC and I just finished a guest star role on The Resident. I guess you can say once an actor always an actor. Then of course there is writing because there is so much power in the writing and the story. Then I would put casting directing next because I have the ability to work with others and be able to stay in the creative space. Lastly, I would put producing because it often takes me out of this creative space that I want to stay in.  However, I know that without producing there is no way to create the projects that I so desperately want to share,” said Del Valle.

Elaine Del Valle is an ambitious woman with a lot of knowledge and wisdom to share.  As a director who always wants to give back, she provided some valuable tips for upcoming directors and writers.

“I would say keep learning and continue to be a student. Don’t think that you know it all. Every potential program that there is, keep pushing to get into them. These are the things that will help you grow, even if you don’t get into them. The process of the application will help you dig deeper into who you are, what story you want to tell, how you want to tell it, and why you are the best person to tell the story. The other piece of advice I have is to forget about looking to reach out to someone who is much higher up the ladder than you are. Look to your left and right, and see who’s around you that you admire and who’s work you appreciate. Work with those people because, guess what, those are the people who will be up that ladder in the near future. If you see their potential, then become fans of those people and fans of their work. I made it my business to let these up-and-coming directors/writers know that I see their extraordinary talent and I recognize that they are going to be wherever they want to be in the very near future,” stated Del Valle.