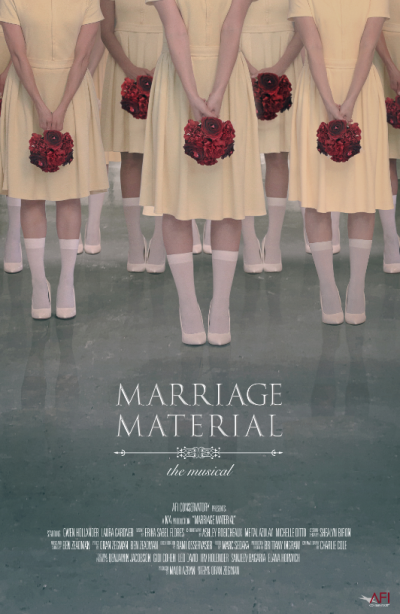 Los Angeles, CA (The Hollywood Times) 12/04/19 – Oran Zegman’s retro musical shares a story about society’s unrealistic demands on women and was recently acquired by Fox Searchlight. This wonderfully dark live action short film has garnered numerous high profile accolades including Best Musical Film at Rhode Island, Best Musical Film at Manhattan Film Festival and a Student Academy Award finalist. After her boyfriend rejects her marriage proposal, Leah checks herself into the ‘Late Blooming Bride’ retreat; which re-packages women into “Marriage Material” at all costs in order to perfect them for their ideal partners.

Oran Zegman: I was born and raised in Israel to a Polish/Greek family. Ever since I can remember, I’ve wanted to become an Actress. My parents had nothing to do with the performing arts (although my mom says I got my dancing skills from her) but they were always supportive of me following my dreams. In Israel, I graduated from Beit Zvi School of the Performing Arts and acted in TV shows, films, and plays. Only in my late 20s, after a Summer workshop at NYFA in New York, did I realize I wanted to write and direct. As an Actor, I never had the Hollywood dream, but as a Director, I wanted to make it big. And this is why I applied to AFI, luckily got in, and moved to LA.

Did your background influence your decision to become a Filmmaker?

Oran Zegman: Deciding to be a Filmmaker means choosing an unstable life. Having the support of my family, who always pushed me to follow my desires and succeed in doing what I love allowed me to become a Filmmaker. As for transferring from acting to filmmaking, I remember that in acting school, friends would always ask me to coach them for monologue competitions. I never won a competition myself but the students I trained always did. I had the feeling I might be good as a director, but back then, my dream of becoming an actor was bigger. After a few years of acting, I realized I wasn’t the best ‘tool’ for Directors. Onset, I always had the urge to go behind the camera and direct the scene differently… My acting experience and dancing discipline gave me the confidence to transform into filmmaking and become a Filmmaker.

What challenges do you see for women filmmakers? What is your hope for the future?

Oran Zegman: The number of women filmmakers vs men point to the obvious main challenge, which (thank God) is gradually changing as we speak. Throughout history, we’ve seen too many films directed by only men, and too many awards going to only men filmmakers. Growing up in the shadow of this grim scenery created difficulties for women who wanted to achieve this same dream. There were no role models. It’s changing now, and I honestly feel it every day but there is still so much work to do. I think that my own biggest challenge as a women filmmaker comes when I’m starting to think about becoming a mother. I’m already 36 and I know that my biological clock is ticking. Knowing what it takes to make a movie, it’s not easy to imagine how will it look with a baby. I see many women filmmakers who are dealing with the dilemma of becoming mothers, and I’m assuming that you just make it work… So many women are doing amazing with being working moms, this is a big challenge for everyone.

What would Actors notice first about you?

Oran Zegman: I’m very straight forward and never hide what I feel, even when the feedback is not positive. I’m Israeli, this is a part of my nature. I notice that Actors in America appreciate this trait of mine. Being extra honest creates an immediate trust between us. Coming from acting, I have this common language with actors and insight into their minds. My actors know that I will do everything to extract their best performance and they also know to trust me if I think their take was great enough to move on. Trust is everything. I always share my personal experiences with my Actors. If you want someone to be completely open and give you their hearts, just do that. My therapist did it with me on our first meeting and that’s one of the many things I learned from her.

Tell us about your film, “Marriage Material.” 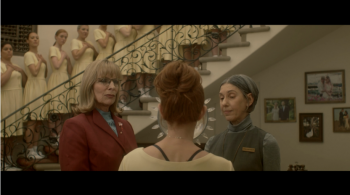 Oran Zegman: Marriage Material is a dark comedy musical short about a woman in her thirties. After her boyfriend rejects her marriage proposal, she decides to check herself into the “Late Blooming Bride” retreat, which re-packages women into “Marriage Material.” The story follows Leah Schwartzman, played by triple threat Gwen Hollander, and follows her path to meet society’s idea of the perfect wife. The retreat is run by the matchmaker guru, Yenta Feldman (the wonderful Laura Gardener) who’s perfecting women to their ideal husbands at all costs. The film is all about the fear of loneliness, the obsession with coupling, and the sacrifices women make for love.. or just to “follow the rules” and be a part of the ecosystem norm.

Where did your inspiration come from for this film?

Oran Zegman: Well, I owe a lot to my exes! Thanks to numerous failed relationships, this movie came to be. So yeah, except for the proposal part, Leah’s journey is pretty much based on my own experiences. Israel is a place where unmarried women over thirty are damaged goods. And I was one of them or at least felt like one… I came up with this story after hitting rock bottom with another boyfriend, thinking love (and marriage) would never happen to me. I was enchanted by this idea of a place that can teach you how to become marriage material and match you with your best match, and the message speaks for itself, I hope. In terms of influential movies, The Lobster by Yorgos Lanthimos was our biggest inspiration. I adore Yorgos and every film he brings to the world.

You are known for your unorthodox humorous storytelling. Please expound on this idea.

Oran Zegman: Dark subject matters always intrigued me, but I find comedy the best way to deliver a message. When horrible things happen around me or to me (or my family), I always look for the humor in the situation. When my grandfather was dying in his home in Florida, my family was sitting in the next room planning his funeral in Israel. Needless to say, transferring a body to Israel is not the easiest process… it’s ridiculous. And when my dad called me to share what was going on, I just remember typing ideas on my phone as we spoke. Very matter of fact. Sometimes it helps me to disconnect from being in the moment. I believe that the best commentary is made when people laugh. Especially when the situation projects on their own lives and they can laugh at themselves. My family now knows that the craziest things that happen to us will end up on screen one day.

Share your experience with the American Film Institute Conservatory. How did it shape you as a Filmmaker? 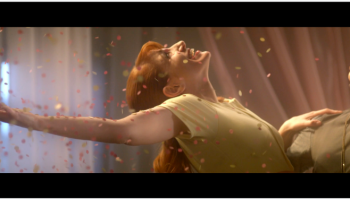 Marriage Material was our thesis film at the AFI Conservatory, so they had input throughout the entire process. Both the faculty, as well as my classmates, were involved from pitch to final cut. AFI did not have much experience with musical films, so it was quite challenging at times. Some teachers even tried to convince me and my team to jump ship and not make this short at AFI, maintaining it was just too ambitious, risky and complicated a film. But I love challenges… Except for teaching filmmaking, AFI is all about collaboration and being a team player. This shaped my perspective on filmmaking. When I talk about Marriage Material I always say “We made this… We did this…” People always ask me “Who is ‘we’ “… Filmmaking is not a one-person show, it’s an art of team. I will carry this with me forever.

Where do you derive your inspiration?

Oran Zegman: In terms of writing, I’m always inspired by personal stories I hear. A friend, a family member, my own experience or even that of a stranger. It must be based on something real for me to write about it. As a director, I’m inspired literally by everything I see; movies, books, theatre, art, quotes, street graffiti. -Everything. 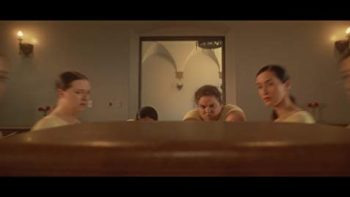 Oran Zegman: January 2020, Marriage Material will be available on Fox Searchlight Shorts, who acquired it, and we’re also under consideration for the awards season so—wish us luck! I’m now developing the short film into a musical series for QUIBI, and I’m very excited about it. Also, I’m in talks about making it into a Broadway Show, which is a BIG dream. Marriage Material aside, I’m also attached to direct a feature film. soon to be announced, and up for another musical feature which I’m hoping to get, so wish me luck!

Marriage Material next big screening is on December 12th at 9:30 PM at the Chinese Theatre in Hollywood. The screening is a part of the Hollyshorts screening series and here is a link for tickets.