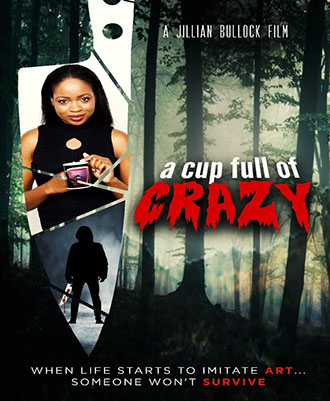 “A Cup Full of Crazy”

Los Angeles, CA (The Hollywood Times) 05/05/2021- According to a recent survey conducted by the CDC, 40% of U.S. adults reported struggling with mental illness or substance abuse during the COVID pandemic. Symptoms of anxiety disorder and depressive disorder intensely increased in the U.S. during April-June of 2020, compared to the same period of 2019. The impact of physical distancing and stay-at-home orders has even raised the suicidal rates significantly higher as well. Many people who are experiencing these emotional traumas have difficulty speaking up about their circumstances and suffer silently.  These individuals need a voice, someone who will speak up for them. Award-winning director and mental health advocate, Jillian Bullock has become that voice. As a survivor of mental illness herself, Bullock knows the pain that these individuals are going through.

“I have had my fair share of traumatic experiences. I grew up with my stepfather who was in the Mafia. At a young age, I saw my father kill a man right in front of me. At the age of ten, I was raped by a man which left me broken. To make sure I never became a victim again, I took up Taekwondo and got my black belt. When my mother remarried an abusive man, who would beat her relentlessly, I decided to defend her and knocked him out. Instead of my mother being relieved, she got really angry and kicked me out at the age of fifteen. To make matters worse, I became homeless so I got involved in prostitution to get off the streets. At the age of sixteen, I became pregnant with my son. Growing up, I was a very angry person who was deeply depressed and it wasn’t until I was in my forties when I decided to get therapy. I was diagnosed with PTSD and depression from these past experiences,” said Bullock.

Bullock has been a mental health advocate for many years and has toured the country given speeches on rape and sexual assault, domestic violence, homelessness, and mental illness. As a director, she decided to utilize her platform and create a film that would help those who are suffering understand the need to speak up and get help. 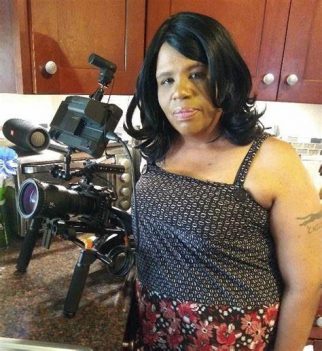 “My newest film, A Cup Full of Crazy, is focused on mental illness issues and how health and fitness activities can play an important role in dealing with the illness,” explained Bullock. “I practice yoga and meditation five days a week which helps change my brain waves and keeps me calm. When I am stressed out, instead of taking it out on others I can go to the gym and release my tension out on the bag. That is why MMA and boxing can really help when you are dealing with a mental illness. It gives you an alternative way to release your stress.” 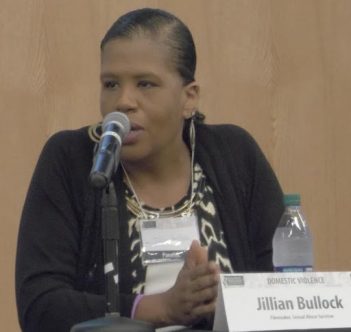 There are many celebrities that have come on board for this production. American mixed martial artist Ashlee Evans-Smith and American fitness guru Billy Banks are among the many who have taken an interest in this feature film.

“Many celebrities have joined the team once they read the script and understand the mindset on what I am trying to do, claimed Bullock. “Many people are taught to either pray their illness away or keep quiet. My way is nonconventional and more focused on lowering the stigma around having a mental illness and allowing the person to be heard.”

Award-winning actress Jacinth Headlam expressed her gratitude for the opportunity to be involved in such a life-changing feature.

“I would definitely like to thank Jillian for trusting me with the role of Angela. This is my first time taking a role in a psychological thriller and a role that has challenged me physically, mentally, and emotionally as an artist. I’ve always wanted a role that required me to be physically challenged whether it’s working out, doing choreography, or even stunts. Even though it is hard work, I look forward to the transformation and I am forever grateful, expressed Headlam.

Among her many accomplishments, Bullock published an autobiography called Here I Stand which focused on her childhood and her experiences she had growing up in the Mafia. Her next book that she is currently writing is called From Victim to Victor which is part memoir part self-help book. 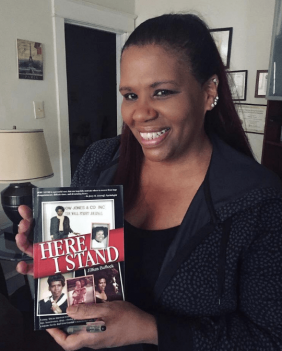 “From Victim to Victor gives readers life lessons on how to build resilience, discipline, grit, determination, and faith in order to transform their lives and overcome hardships, challenges, or obstacles,” said Bullock.

Wherever life takes her, Bullock always lives true to her motto which is Mind Body Spirit Connection. When they are all synced up is when you can live a healthy life.

“Your past doesn’t dictate what your future will be. You need to be resilient in order to turn your life around. No matter how bad it seems, you can change and preserver,” expressed Bullock.