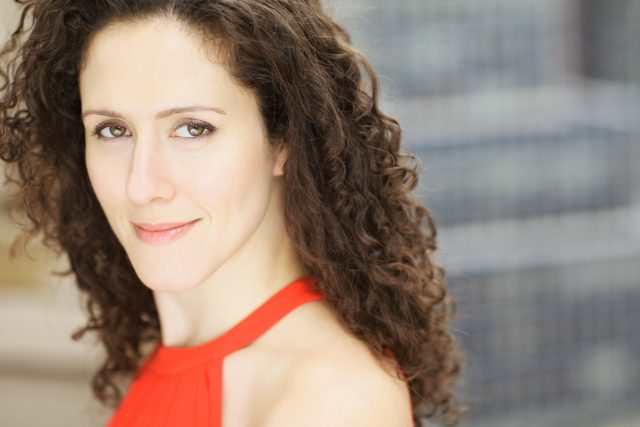 Los Angeles, California (The Hollywood Times) 4/7/2021 – Jennifer Plotzke is an award-winning actress and producer with a career that includes both stage and screen. She has appeared in the films Fizzle, The Red Lotus, My Dinner With Schwartzey, Lost + Found, and Perfect. She received a Best Actress award for her role in The Red Lotus, Fizzle was awarded Best Ensemble at both the Independent Shorts Awards in Los Angeles and the Chain Film Festival in New York and My Dinner With Schwartzey won a Best Ensemble award at the French Independent Film Festival in Cannes. She recently produced a tv pilot, How Am I Doing? which was nominated for Best Long Form Pilot at the Soho International Film Festival and also screened at the Academy Award Qualifying Hollyshorts Film Festival in Los Angeles. Lost + Found recently aired on PBS as part of the Reel13 Film Series and is currently streaming on the IFT Network along with Perfect. She has several projects in development for 2021 including a feature film thriller, Trinities, and a family drama, Crumb Cake.

You’ve had a successful career as an Actress and Producer. The pandemic didn’t slow you down. Tell us about your TV pilot, How Am I Doing?

How Am I Doing? is a wonderfully gritty comedy that follows Eli Meyer, a former alcoholic battling old habits while trying to rebuild his acting career and gain the respect of his teenage daughter. It was directed by Colleen Davie Janes and created by Ken Perlstein, who also leads our phenomenal cast, and we had such a grand time bringing this story to life! We’ve also had a great time on the festival circuit. We were very proud to screen at the Oscar Qualifying HollyShorts in LA, we were nominated for Best Long Form Pilot at the Soho International Film Festival and we were awarded Best Pilot, Best Actor, and Best Director at the WRPN Global Webisodes Competition. Now we’re ready to move on to the next phase and produce the rest of Season 1!

What projects have you enjoyed the most?

The projects I enjoy the most are always the ones with cohesive teams. I like working with people that are ready to roll up their sleeves, put in the time, and get dirty. If everyone is on the same page and shares the same ultimate goal, the project will be a success. There will always be challenges and things that go wrong, but everything is navigable with the right team in place. Those are the projects I will show up for, work hard on and love until the end.

Tell us about your feature film thriller, Trinities.

To begin with, our Trinities team is a dream team. I absolutely love my producing partners, Kelsey Maples and Francesco Nuzzi and we’re having a great time in pre-production for this film. It’s a fantastic story created by Kelsey and we are so excited to be on this journey together. We will most likely be in production early next year. The story centers around Elise Borel, a troubled detective, and a serial murder case and takes place in New Orleans and Jersey City. We can’t wait to make this film!

I always look for something challenging or something different from past roles. I’m often cast in roles that are similar to each other in one form or another, but I always look for some sort of twist or aspect that sets each role apart. That’s the best way to learn and grow! I don’t have a favorite, but playing Satan in a film noir adaptation of John Milton’s Paradise Lost was definitely up there. I absolutely loved that role and that film. It was directed by Jeremiah Kipp and written by Laura Sweeney and is hauntingly beautiful.

The family drama, Crumb Cake is about to be in production. What led you to this project? Tell us about the film.

Initially, I signed on to this because the production team is comprised of some of my dearest friends and I wanted to help them bring this to life. I agreed to the project before I read it and then once I did read it, it was definite. It’s a really beautiful story about three sisters, which is very near and dear to my own life. It’s written by Diane Harrington and centers around three women coming to terms with death, life, and each other and features some incredible women both in front of and behind the camera. I’m really excited about this!

I’m most proud of the growth. If I look back to my first film in 2016 and compare it with what I’m doing now, I’m very proud of how far I’ve come and what I’ve learned. Good or bad, all my projects have been incredible learning experiences and I’m so grateful to the people I’ve worked with along the way that have helped curate that growth.

You are on a fast track with producing. Share your upcoming projects.

I’m super excited for a very busy year! I have five films in pre-production and several in development. Three of those films will be shooting this spring and summer beginning with Crumb Cake in May. Next year I’ll be in production for Trinities and an exciting project from Mojave East Pictures and director Evan Patrick, a provocative new film titled Social Distance. I also have one film in post-production, Puppet Seizure from writer/director Merissa Morin and still in development is From Venus With Love from writer Gillien Goll and director Eve Brandstein. 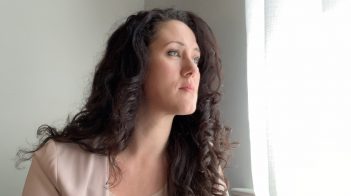 Where do you see your career a year from now? Who would you like to work with?

I’m excited that a year from now I’ll be working on a feature film and by that time will hopefully have several other features lined up. I am also looking to do more television pilot and series work both as an actor and a producer and would love to work with Caity Lotz, Kasi Lemmons, and Leslye Headland, three female directors whose work I really admire.