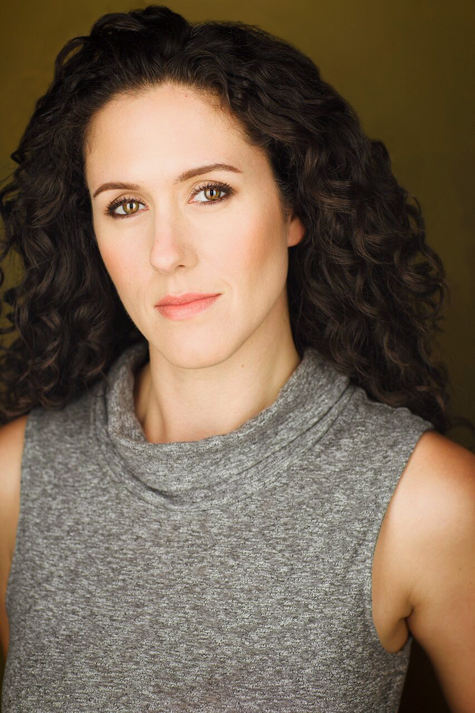 Los Angeles, CA (The Hollywood Times) 1/10/20- Jennifer Plotzke is an Award-Winning Actress and Producer. Most recently she appeared in the up and coming film, Fizzle, starring opposite Peter Friedman and Geoffrey Owens, directed by Jeremiah Kipp. In the past year, she has completed roles in eight other independent films including The Red Lotus, My Dinner With Schwartzey, Lost + Found and Perfect and currently has four films on the festival circuit as both a producer and actress. She received a Best Actress award for her role in The Red Lotus, a Best Actress nomination for her work in Uneffable and Mindfull has been awarded two Best Ensemble awards. “I generally play strong female characters. Executives, CEOs, queens. I even got to play Satan once. No nonsense, powerful, uncompromising women. Those roles come naturally to me.”- Jennifer Plotzke Her films Puppet Seizure (Producer) and From Venus With Love (Producer) are due out next year and Perfect (Producer) recently had it’s New York premiere.

As far back as I can remember I wanted to perform. There was no real outlet for that at the time, so I would write and perform plays in our basement using neighbor kids and my sisters as Actors. When I turned fifteen I started formally doing theatre. My high school had a great performing arts program so I was able to study and perform a great deal and then continued those studies through college. After I graduated, I stayed in Chicago for a few years and continued to perform in theatre before moving to New York to pursue film and television.

When I was growing up, my parents would take me and my sisters to Broadway shows and I absolutely fell in love with the idea of performing. Beyond that, and unbeknownst to my mother, I watched more movies and television than I should have when I was a kid. It was a world that I would just get lost in and knew I had to be a part of. I watched syndicated sitcoms from the 70s religiously. John Ritter was a huge inspiration for me in terms of comedy. Also, a lot of our household names that became big in the 80s and 90s. Sigourney Weaver, Kevin Kline, Tom Hanks, Susan Sarandon, Laura Dern. Huge inspirations for me.

You received the Best Actress award for your role in The Red Lotus. Tell us about the film. Why did you decide to take on this project?

The Red Lotus started as a group of Filmmakers in search of a new project. The writer had a specific topic she wanted to write about, so we started there and by the end, we had a film about sisterhood and women’s rights in a dystopian society. The story follows a woman that tricks her sister into accompanying her to an illegal, undercover abortion clinic after she learns she’s pregnant by a man that previously discarded her. It’s a great role, a great story, a great cast and a great Director, Jessica Green. I am really proud of that film and was honored to receive the award.

Which roles are you best known for? What roles do you find particularly challenging?

I generally play strong female characters. Executives, CEOs, queens. I even got to play Satan once. No nonsense, powerful, uncompromising women. Those roles come naturally to me. The roles I find challenging are the roles that are closer and more similar to myself. I think it’s harder to find the nooks and crannies of a character when they so closely resemble your own. Studying someone else is much easier than studying yourself. But that’s a challenge I love and I’ll take it any day! 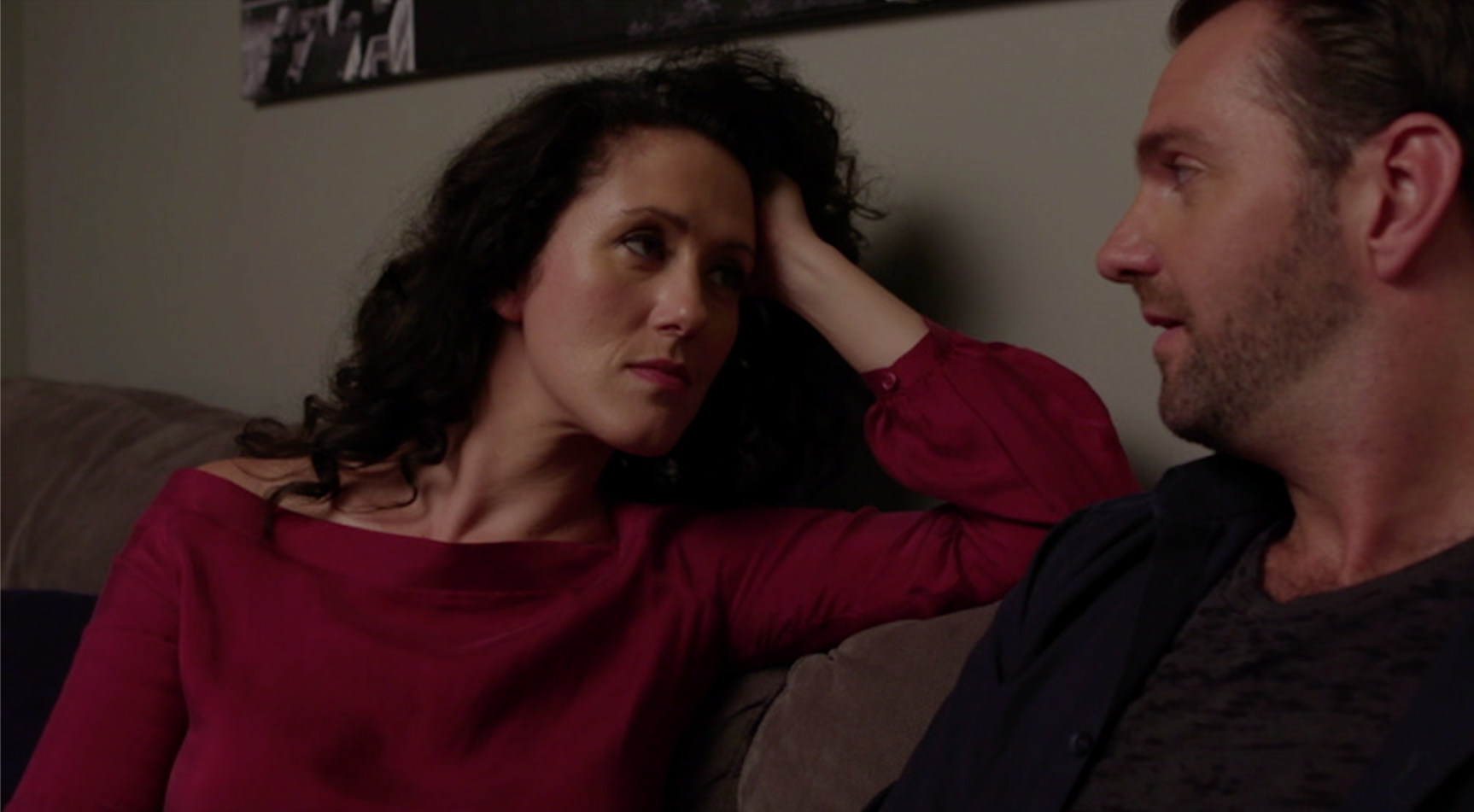 You received a nomination for your work in Uneffable. What was it about this film that resonated with the audience?

I think the story itself is intriguing for audiences. It’s a dark, quirky comedy about a socialite that inadvertently murders a condescending male associate and then promptly throws a tea party in order to employ her friends in hiding the body. I play the murdering socialite but as the story progresses, we find out that each of the women at the party had an opportunity and a motive to kill the guy. It’s funny and surprising and we had such a great time shooting it.

Tell us about your Award-Winning web series, Awkwardly.

Awkwardly is a 20 episode web series created by Nikki Coble. It’s structured as a progressive chain of connection, so each episode connects to the next and the final episode takes us back full circle to the beginning. It’s about the comedy in life’s awkward moments and how they connect us all. I highly recommend it! This came at a time when I had been working on several dramas, so it was wonderful to dive back into comedy. This was a fantastic team and I was so lucky to have a wonderful and hilarious costar, Luis Nuñez. We play a husband and wife attempting to spice up their marriage with a little role play but ultimately find themselves in a fuzzy predicament.

That’s a long list! But the short version is that I would love to work with Amy Sherman-Palladino. She’s developing a drama series based on Ninth Street Women by Mary Gabriel about five female Artists that took on the male-dominated world of twentieth-century abstract painting and paved the way for future female artists. I would also love to work with Abbi Jacobson and D’Arcy Carden on A League of Their Own. I’m a huge fan of this story and these women and it’s something that really speaks to me.

Most recently you appeared in the up and coming film, “Fizzle, “starring opposite Peter Friedman and Geoffrey Owens, directed by Jeremiah Kipp. Tell us about the film.

This film was a game-changer for me. First, it has an amazing cast. I was so lucky just to be on that set let alone in the film and working with some incredibly talented people both in front of and behind the camera. Second, it’s a wonderful script by Gilbert Girion about eight strangers navigating inhibitions and social pitfalls at an upscale party. It’s very avant-garde and was my first time as an Actor working on something of that nature. It was wild and awesome and fresh and really great to be able to step outside my comfort zone. Third, this was my first collaboration with director Jeremiah Kipp. He is a phenomenal director and watching him work and seeing him take this from the page to the screen in such a unique way was like nothing I had ever seen. It was inspiring and I learned so much.

I have several films beginning their festival run. Lost + Found, also directed by Jeremiah Kipp is a haunting, film noir adaptation of Milton’s Paradise Lost. This is the film where I got to play Satan and I loved every minute. My other film, Perfect, directed by Jesse Tendler is also beginning it’s run and explores the secrets and dynamics of modern-day relationships. Beyond that, I will be starting pre-production soon on a period film that takes place in New York City in 1967. I play a mysterious cult leader pursued by detectives while empowering women and planting the seeds of the women’s movement.