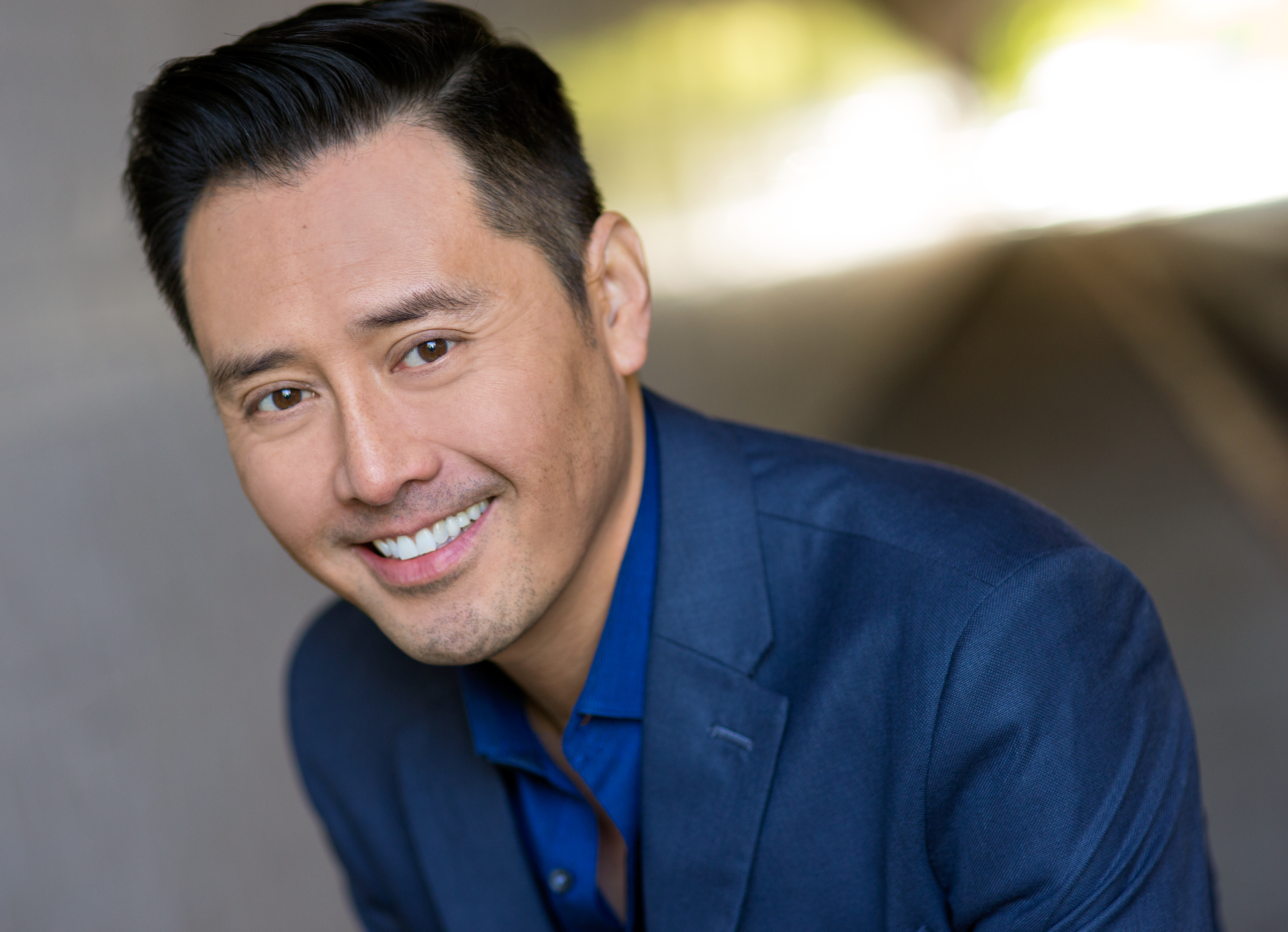 Los Angeles, CA (The Hollywood Times) 1/29/20 – Justice For Vincent is inspired by the real-life murder of Vincent Chin. It was a brutal Asian American hate crime set in Detroit in the 80s that saw his murderers get off with a mere $3000 fine and three-year probation. For the first time in history, the traditionally quiet Asian community banded together in a show of force in what is believed to be the largest Pan-Asian civil rights movement in America protesting the travesty and the tragedy of the crime. In Justice for Vincent, Lawrence Chau plays Henry Lee, a fictional composite character inspired by all the civil rights activists involved in the real-life Vincent Chin case.

How did your journey begin in the entertainment business?

In my own Ryan Murphy little way, I used my journalism background as a segue way into entertainment, but not in Toronto where I’m originally from because it was hard for an Asian to cut a break in show business back in the 90s. Instead, I bee-lined it to Hong Kong and charted a successful career in sports and entertainment public relations whilst juggling commercials, theater, TV hosting and showbiz magazine writing on the side. Then came Singapore with a flurry of TV hosting gigs like Showbuzz (Singapore’s top English entertainment news program), Miss Singapore Universe and Hollywood Squares Singapore. I also wound up acting, producing, scripting and even singing there. I circled back to Toronto in the 2000s and became the host of the paranormal series Ghostly Encounters and continued to act in comedies and dramas. A few years ago, I made the big leap of faith to Los Angeles and have been stuck in traffic ever since.

How have you grown as an Actor?

Finding strength in stillness. Following my instincts. Personalizing characters in a more deep and truthful way. Also, embracing and expressing conflict more freely. We Asians are a stoic breed, so letting go can be hard especially if you’re a guy.

You are an Award-Winning Actor and Filmmaker, share a pivotal moment in your career.

Despite having a sound body of overseas work, but lacking the status of say Jackie Chan or Chow Yun Fat, trying to establish oneself from scratch in Los Angeles, the toughest market in the world is brutal. There is just so much competition. Feeling stagnate, I had to seize control by mustering the courage to write, produce, executive produce and star in my first independent short film, which leads us to your next question.

Tell us about your film, Justice for Vincent. Why was this project important to you?

Justice For Vincent is inspired by the real-life murder of Vincent Chin. It was a brutal Asian American hate crime set in Detroit in the 80s that saw his murderers get off with a mere $3000 fine and three-year probation. For the first time in history, the traditionally quiet Asian community banded together in a show of force in what is believed to be the largest Pan-Asian civil rights movement in America protesting the travesty and the tragedy of the crime. As with many other filmmakers, adapting this story to the silver screen in dramatic form has been brewing in my gut for decades. I was tempted to bring a rom-com feature film I had co-written to life, but the emotional pull of JFV was stronger given the disturbing rise of hate in the country.

I play Henry Lee, a fictional composite character inspired by all the civil rights activists involved in the real-life Vincent Chin case. The character is a tribute to not only activists Helen Zia and Liza Chan, but also to the lesser-known male figures — people like Roland Hwang, Jim Shimoura, Stewart Kwoh, and Corky Lee. It was so inspiring connecting with some of those social justice warriors. Secret: Even though I wrote the script, I still sought coaching for my role via the great Caryn West. She kept probing as to why the role and the story were so important to me. After peeling away the obvious (my battle cry for civil rights, and stance against hate and injustice), she was able to extract something I had buried in my sub-conscious: the pain and struggles of Lily Chin, Vincent’s immigrant mother, mirrored the pain and struggles of my immigrant mother. She, too, endured a traumatic life and her share of legal battles. In the film, I am seen as Lily’s protector; in real life, I was my mother’s. On the advice of my coach, I threw away my script on the day of our shoot and adlibbed all my lines, so what people see in the film all came organically from the heart.

What awards have you received? 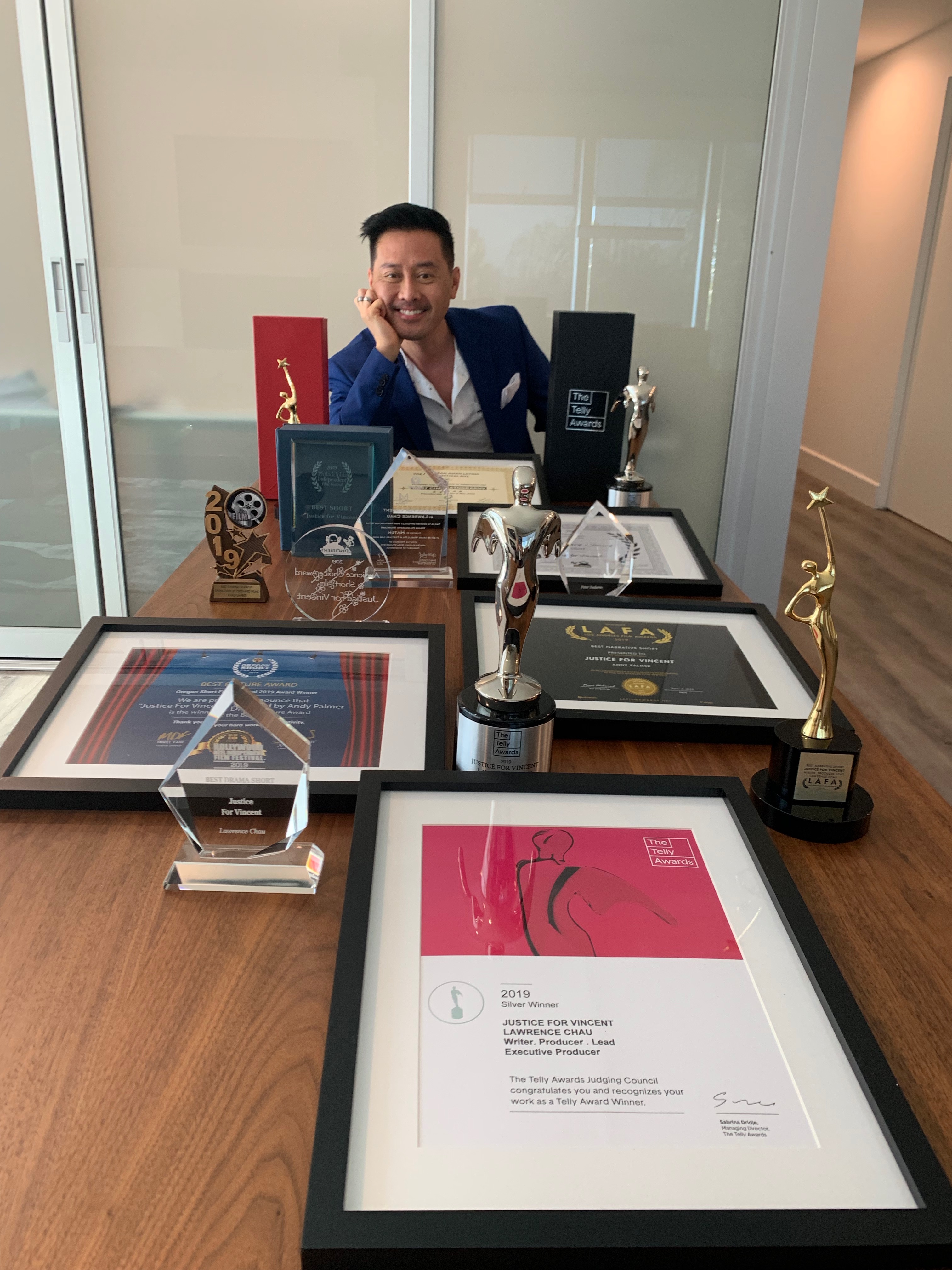 That a mother’s loss is a mother’s loss, that hate is hate, that injustice is injustice. Only by standing together shoulder-to-shoulder in a spirit of compassion and understanding can we combat the divisive forces of hate and discrimination. Confession: One of the most rewarding experiences occurred after a film festival when a self-described “subtle racist,” said their views had changed after seeing our film. I still get goosebumps over that.

More scriptwriting. Finishing the last few episodes of my online Hollywood talk show In The Limelight with Lawrence Chau #ITLwithLC. Lots of business talks. Waiting for the release of an independent sci-fi action horror comedy I starred in called Preacher Six and possibly starring in an unconventional western called The Coop.