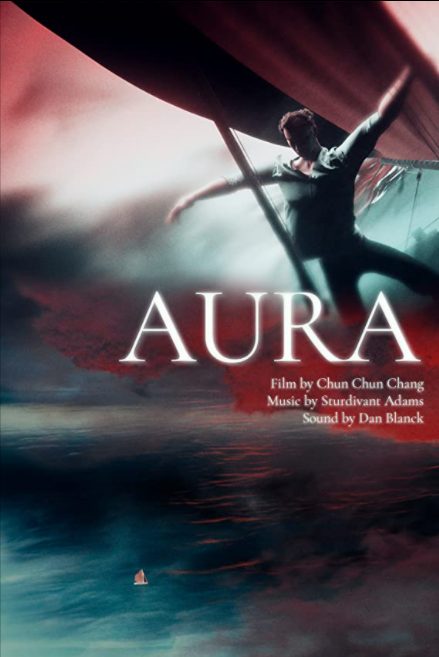 “The story starts from the perspective of a mortal. What he sees are the fierceness and the gentleness of nature. When the affection of the goddess is intertwined with the storm, What he experiences is a dream or reality?”

“WOW! What an incredible three minute and twenty seconds of my life!  From the moment the film starts to the end, I was captured in the beauty and power of nature and her awesome hold over us. Yes! Her! She is full of beauty and grace and yet, powerful and fierce to protect what is hers, Earth!”

Chun Chun Chang’s animated short Aura tells the story of a man who comes across a goddess during a deadly storm. This animated short has already screened at many film festivals including the Oscar qualifying Encounters Film Festival, LA Shorts Fest and went on to win the 2020 Award of Excellence at the South Shorts Awards. 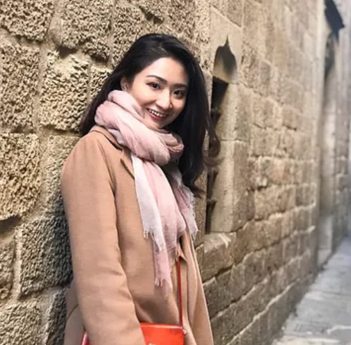 The story starts from the perspective of a mortal. What he sees are the fierceness and the gentleness of nature. When the affection of the goddess is intertwined with the storm, what he experiences is a dream or reality?

Sound Designer Daniel Blanck is also a producer and scoring engineer at the John Williams and Steven Spielberg Scoring Stages. He has worked and continues to work with Grammy and Emmy winning artists, producers, songwriters, including Beyonce. He has contributed to music and sound for over one hundred films (Sundance, Cannes, Tribeca, LA Film Fest), television (Netflix, HBO, Hulu, PBS) and video games (Star Trek Holodeck, Tencent Games).

Composer Sturdivant Adams is a recipient of a 2020 ASCAP Morton Gould Award, a two-time nominee of the Hollywood Music in Media Awards (2020 for Auraand 2019 for Between the Shadows), the winner of the 2020 inaugural ScoreLive London Composer of the Year Award (1st place), and the winner of the 2018 Royal Northern Sinfonia Composers Competition (1st place). Also an active composer of concert music, his chamber orchestra piece Ascendance was commissioned and premiered by London’s Orchestra for the Earth in June 2019, and his chamber piece Five Blackbirds in the Pentagonal Garden was premiered by brightwork new music at the 2019 Los Angeles Hear Now Festival. Sturdivant has been mentored by composers such as Bruce Broughton (Silverado), Christopher Young (Spider-Man 3), and Claude-Michel Schönberg (Les Misérables).

I was captured by this film from start to finish. The music was what drew me in besides the animation and the story that was told without speaking a single word.  Composer Sturdivant Adams’ score is amazing, and I see why he’s won so many awards. I’m getting chills as I write this.  What started out as a simple quiet boat with a man on the ocean turns into a torrent of fear and power that he never expected. 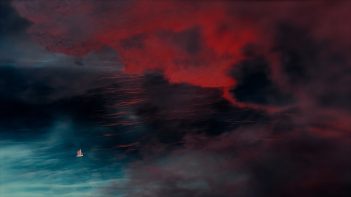 The man, yawns and upon putting his hands upward, a hand of a female, white as snow, touches his then disappears as if toying with him and teasing him.  He’s aware of her and yet, wonders what did he just feel?  Then in the distance a storm brews wreaking havoc on this man’s world tossing him and tearing his sails then throwing him overboard sinking deep into the ocean, apparently, drowned as the music quiets after a awesome crescendo of power and grace.

But, then then, from above a funnel of water scoops up our man and raises him high into the clouds where his hand once again touches hers and we see her for the first time, a gorgeous, beautiful goddess with eyes that draw you in closer and her long flowing white hair that wraps gently around your head. She comes closer to you as your eyes open slowly. Your lips come closer as her hand leaves yours and she, slowly fades away. You’re lowered back in the water where you are below your small dingy swimming slowly back to the surface. 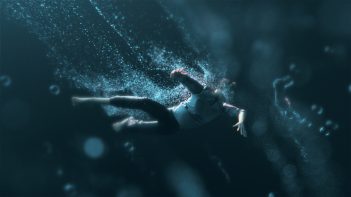 Your hands break the surface of the sea and grasp the edge of the boat and as you pull yourself in, you see the storm has broken as have the mast on your boat with the sails torn to shreds.  The sea is calm as the music quietly puts you back where it all started: You sitting in your boat wondering, what just happened?

The Interview with Chun Chun Chang

Patrick: Chun Chun, thank you for taking the time and for your wonderful film. How are you and your family doing through the pandemic?

Patrick: Your film was powerful and peaceful all at the same time.  I felt as if I was the man in the boat. What drew you to create this powerful film?

Chun Chun: I saw a clip from William Forsythe’s choreography in “In the Middle, Somewhat Elevated.” I was so inspired by the dancers’ movements that I wanted to create a short film with contrasting vibes or gentleness and fierceness.

Patrick: Tell me about the underlying story for the film and where you got the idea for the film? Was it something you read or saw?

Chun Chun: I was browsing through stories of Greek mythology, and I happened to find Aura, the goddess of the wind. She was a huntress who later went crazy and was turned into a breeze by Zeus. I decided to use her as the blueprint of my film. And what is a better way to present both gentleness and fierceness than the wind itself? 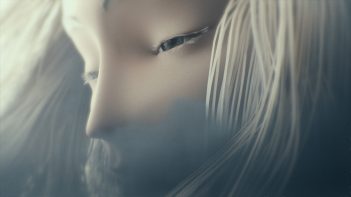 The spiral is an important concept in the film; it represents not only the shape of the storm but also the process of revealing the goddess. While creating the storyline, I was struggling with the ending of the man—whether he should stay in the surreal world with the goddess or return to reality. Around that time, my friend sent me a postcard with an icon of an Icelandic magical stave called Wayfinder, which was believed to help travelers find their way back home under severe weather. That gave me the idea that, in the end, the goddess wouldn’t keep him inside the storm. However, the key to finding his way back was to embrace and submit to the natural force.

Patrick: The music, oh my goodness the music, told the story along with the animation which for me, was deep and loving yet, I felt as if Aura was toying with him, with me, in a way, that she was wanting and yet, couldn’t have what her heart needed: True love. Am I on track with my theory? 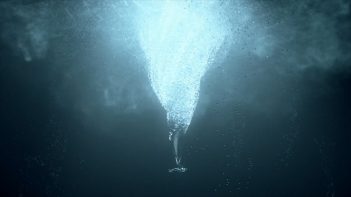 Chun Chun: Yes, you’re quite right—very perceptive, actually. Aura has two aspects: Her human nature makes her seek love, and her deity aspect, as the goddess of the wind, makes her capricious. Therefore, her behavior is unpredictable throughout the film. She drags him into the dangerous storm, and in a way, it represents her eagerness for possessing love. The extreme and surreal situations he faces in the storm—being thrown into the sea or floating up to the sky—all represent her inner conflict between her natures as the wind and as a woman.

Patrick: What struck me was, and yes, I’m getting chills whilst writing this, was how the Goddess seemed heartbroken and all she wanted was love.  Mother nature wants our love, does she not?  She is powerful and cares for her planet and all she wants is to love her, love nature, back.  What do you think?

Chun Chun: I enjoy your perspective a lot. Yes, she could be perceived as Mother Nature. Like nature, she is both defensive and caring. As humans, we could either resist the natural force or follow the flow. 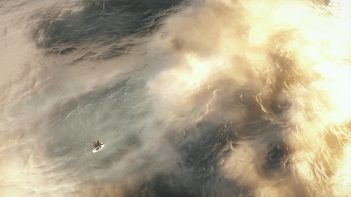 Patrick: Chun Chun, thank you again for this wonderful and awe-inspiring film.  Do you have any final thoughts you’d like to share?

Chun Chun: Thank you for interviewing me! For anyone who’s interested in Aura, it will be screened at ShorTS International Film Festival next.