Good Lookin,’ a mystery novel, journeys through the inner-city streets of Oakland and the rolling hills of Berkley, CA. In this modern-day whodunit, criminal defense attorney Joe Turner comes face to face with an unlikely murder case, seeming impossible to resolve. The stress of defending someone he believes to be innocent takes a toll, leading him to drink more than he should. Through the guise of two twins, loyalty and devotion get tested and the question then becomes, how far are we willing to go to protect our loved ones?

What does the title of your debut novel, Good Lookin’, mean on the street, and what does it mean to you as an attorney turned writer?

It brings the reader into the streets. It’s shorthanded for good looking out – a concise expression of appreciation, oftentimes meaning you saved someone’s life, which is what I do every time I’m able to win one of my cases. 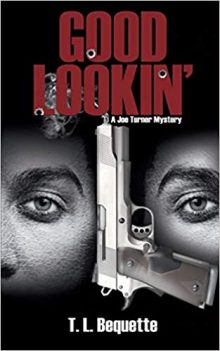 Why did you decide to represent mostly accused murderers in Oakland?

Being a person that practices criminal law it’s kind of a no-brainer. There is also the issue of almost an entire generation of people, black people, being warehoused in prison. So, it’s rewarding to do what I can to break the cycle. Through my work, I’ve learned a lot about black culture, street culture, and the role it plays in the lifestyles the majority of my clients lead.

How much of the main character in your book is based on real-life scenarios of you defending murder suspects?

The majority. My main character and some of the murder suspects I’ve defended share several idiosyncrasies. In fact, I’ve always wondered about walking into jail as a visitor and having to trade places with an inmate. An unlikely scenario, but the possibility is mind-blowing.

Why do judges scrutinize defendants differently?

It often comes down to the opportunities available once a crime is committed. If the defendant has no resources to fall back on e.g., comes from a broken home without a support system vs. two-parent homes with access to an array of recourses, this gives attorneys less to say on their behalf, giving the judge reason to believe that they will re-offend.

Why are the juries often mostly white?

In the majority of states, juries are selected through voter registration, and as most of us know the voting system is disproportionately bias towards minorities. Another factor is time, most blue-collar workers do not receive paid time off for their participation, forfeiting their opportunity to serve. This ultimately leaves it up to white-collar retirees, which in most cases are white.

“For a split second I thought about running, but Dunigan filled the doorway as he picked up the unconscious deputy with his handcuffed meat hooks and effortlessly tossed him into the hallway. I’ll never forget the hollow clang of the metal door when he shut it, locking us inside the tiny room. I smashed a red alarm button on the wall behind me just before the giant prisoner slid the heavy metal table across the room as if it were made of plastic, pinning me against the wall. The behemoth leaned on the table and stared at me, eyes wild and grinning maniacally. He took a couple of deep breaths and forcefully blew the air and spittle out through his yellowed teeth.

He stood up straight, keeping me pinned to the wall, leaning his girth against the table. I tried to push it away with both hands, twisting frantically, but it was useless against his weight and strength. His grin widened and his breathing intensified as if aroused by my fear. Then he reached toward my head with his two hands the size of catcher’s mitts, holding them there a few inches from my head. I turned sideways and pressed my cheek against the wall, keeping sight of his hands with one eye that pulsed with panic. He kept his hands there, close to my face, reveling in the anticipation. I pictured his hands squeezing my head, his thumbs entering my brain through my eye-sockets.” 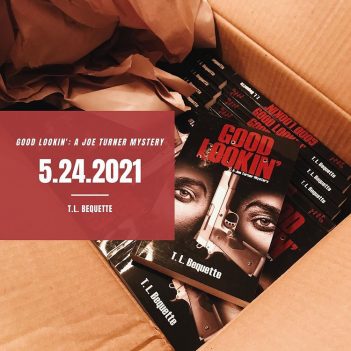 How can readers find you and preorder your book?

They can preorder my book on my website tlbequette.com or Amazon.com