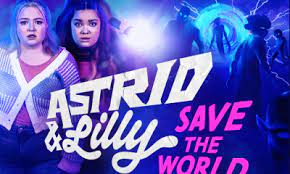 Los Angeles, CA (The Hollywood Times) 1/3/22 – Astrid and Lilly Save The World is SyFy’s latest girl-centered offering. And it’s going to surprise you. The snarky comedy has Astrid and Lilly, two high school outcasts, unwittingly opening a portal to a realm of monsters. But facing that horror isn’t nearly as bad as the misery of a typical high school experience.

The series premieres on SyFy January 26th, and we are definitely here for it. Aside from it’s quirky, down-to-earth, and smart sensibilities, it’s also compulsively watchable. Stars Samantha Aucoin (Lilly Fortenberry) and Jana Morrison (Astrid Bell) make it such an enjoyable experience, we’re sure we will see a second-season announcement soon.

Tackling the topic of the lead characters’ body sizes, star Samantha Aucoin said it’s long overdue. “I could have 100 percent used this show in high school,” she told the audience during an NBCUniversal Virtual Press Tour panel.

“And I’m so proud that we get to represent these characters, these amazing characters. And I think it’s really going to make a difference for anyone who watches the show.” 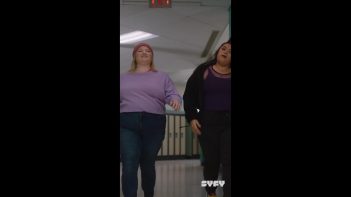 Aucoin and Morrison simply sparkle with authenticity. And there’s a reason for that. Both actresses say they’ve spent time with the “theater” crowd in their own school years. And they both felt a bit of the “outcast” vibe that defines Lilly and Astrid. 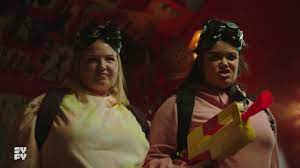 Morrison said she and her friends were “weird and loud.”

“For me, my high school, I was definitely a theater-kid through and through,” she said. “All my little group were just theater and dance people and we just all got each other because we were weird and loud. And all the other kids in school thought we were losers for, like, loving theater, which I don’t know why. Theater’s really fun.”

The “weird” and “outsider” vibes are exactly what make Astrid and Lilly such oddly charming characters. They’re self aware enough to know they’re “weird.” But they’re paradoxically confident enough to not back down on that weirdness. 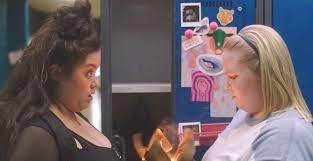 “One thing we’ve really learned in writing and making the show and talking to as many people as we have come in contact with,whether they be related to the show or not, like, at some point in your life, you felt like an outsider,” Van Stone said.”That’s just universally true. And you felt like an outcast, whether that was when you were a kid or at work or in your family, and that’s why this show is for everyone. And what’s cooler than two outcasts who save the world? I mean, come on.” 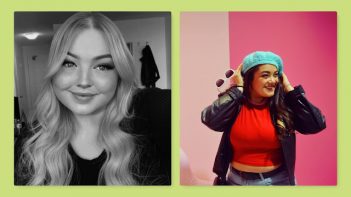 “Absolutely,” agrees Stehman. “And we want to celebrate everyone’s uniqueness and weirdness in all of its glory.” 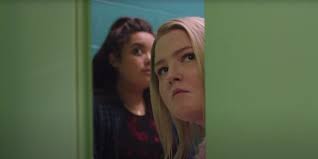 Astrid and Lilly Save the World premieres on SyFy January 26, 2022.