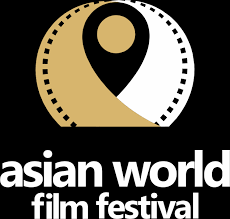 This year’s Asian World Film Festival will open with a premiere of the new USA film Eternals, directed by Chloé Zhao and starring Gemma Chan, Richard Madden, Angelina Jolie, Salma Hayek on November 1. Chloé Zhao won the Best Film Award at Venice and BAFTA in 2020 and as well as nabbing Oscars for her film Nomadland (2020). This will be a gala event. 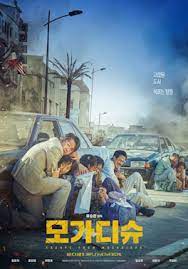 The closing night film on November 13 will be Escape from Mogadishu, a dramatic action film directed by Ryoo Seung-Wan. Dramatically constructed based on a true story, the film takes place during civil war rages in Mogadishu (Somalia) when rival North and South Korean diplomats are left trapped. With no aid from either government, their only shot at survival may require uniting with bitter adversaries to escape. This is South Korea’s Oscar submission for Best International Feature Film. 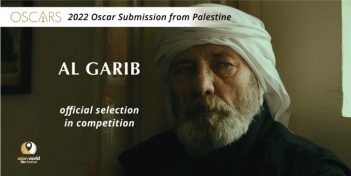 Screening twice in the festival line-up will be Al Garib (The Stranger), directed by Ameer Fakher Eldin. Al Garib is Palestine’s Oscar submission for Best International Feature Film. In a small village in the occupied Golan Heights, the life of a desperate unlicensed doctor, who is going through an existential crisis, takes another unlucky turn when he encounters a man wounded in the war in Syria. Overturning all community expectations in times of war and national crisis, he ventures forth to meet his newly found destiny. Screenings: Nov. 3, 2021, 9 pm PT; Nov. 9, 2021, 4 pm PT. 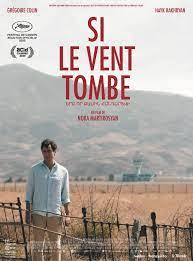 Also in the film festival is the Armenian film Should the Wind Drop (2020), directed by Nora Marorosyan, which was a co-production from France, Armenia, and Belgium that was included in the AFI Film Festival 2020. It stars Grégoire Colin and Hayk Bakhryan. Colin plays a French auditor who is charged with appraising if Stepanakert Airport in the small, breakaway Republic of Artsakh in the Caucasus meets international aviation standards. He finds himself connecting with a young local boy to help the isolated territory open up to the outside world. The film was made prior to the 2020 Nagorno-Karabakh war between Armenia and Azerbaijan. The status of this airport built by the Soviet Union is different, as it is now under Azerbaijan control, since the end of that war. Many Armenians have been forced to leave the Artsakh region and return to other parts of Armenia. Screenings: Nov. 2, 2021, 3 pm PT; Nov. 9, 2021, 7 pm. This film is Armenia’s official Oscar submission for Best International Feature Film. 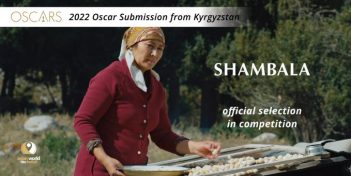 Included in the lineup are two films from Kyrgyzstan: Shambala, directed by Artykpai Suyundukov, is Kyrgyzstan’s Oscar submission for Best International Feature Film. Based on the novella The White Ship, by Kyrgyz writer Chingiz Aitmatov, Shambala tells the story of a lonely, impressionable, seven-year-old boy who lives in a protected forest, high in the mountains, with his grandfather, step-grandmother, auntie, and uncle. He spends his time exploring and listening to legends from his grandfather, in particular tales about the sacred Mother Deer. The world of myths and folklore eventually conflicts with the harsh reality of the world of adults, who are faced with their own personal problems and dilemmas. Screenings: Nov. 3, 2021, 6:30 pm PT; Nov. 10, 2021, 3 pm PT.

The other film from Kyrgyzstan is The Road to Eden, directed by Bakyt and Dastan Zhapur Uulu. The main character of the film Kubat Aliev is an outstanding and retired writer, a widower living alone in his apartment. One day, Kubat finds out that his writer friend is sick. He sells his flat in order to pay for his friend’s treatment but at the same time, his younger brother is beaten by the collector for the debts. Kubat finds himself in a dilemma – to help a brother or a writer friend? Screening dates are TBD. 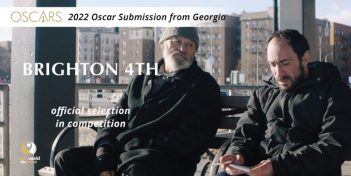 From the Republic of Georgia comes Brighton 4th, directed by Levan Kogusahvili. Former wrestling champion Kakhi  (Levan Tediashvili, himself a former Olympic wrestling champion) always has his family on his conscience, and in Brighton 4th, this leads him on a journey from his home in the Republic of Georgia to visit his son Soso (Giorgi Tabidze) in the Russian-speaking neighborhood of Brighton Beach, Brooklyn. There he finds Soso living in a shabby boarding house populated by a colorful group of fellow Georgian immigrants. And Soso is not studying medicine, as Kakhi believed, but is working for a moving company and has accrued a $14,000 gambling debt to a local mob boss. Kakhi sets his mind to helping his hapless son out of his debt, leading to situations as often comic as they are dire. A co-production of Georgia, Russia, Bulgaria, and Monaco, Brighton 4th is the Republic of Georgia’s official Oscar submission for Best International Feature Film. Screenings: Nov. 4, 2021, 8 pm PT; Nov. 10, 2021, 1:00 pm PT.

There are many other films in the lineup for this year’s Asian World Film Festival. Check out their website for information and tickets: https://asianworldfilmfest.org/2021-festival-line-up