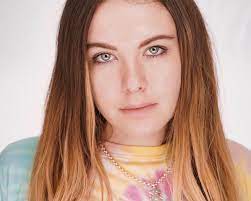 Los Angeles, CA (The Hollywood Times) 10/3/21 – Polina Bogomolova never imagined herself working with Russian-speaking music. The artist manager and Even Management Assistant at L’Affaire Musicale says it was a long shot, in her mind.

“I was raised on English-speaking music which my dad has played since I was born,” Polina told THT in an interview conducted via email. “I’ve never imagined myself working with Russian-speaking music, which dominates the Russian music industry. Polina sneakily adds “our underground dance scene is amazing!”

“Back home I was involved in creative and business projects which highlighted my other creative interests,” Bogomolova said. “ut it didn’t relate to music in any way — though I had a couple of artists who consulted with me regarding their image, sound, and artist management’s aspects.

From there, her credentials widened rapidly.

“In the United States, I got accepted as an A&R intern on a volunteer basis at Mi5 Recordings (distributed by Universal Music Group) remotely, and it was my very first step in the American music industry,” she explained.

It wasn’t an easy task. Bogomolova says it was extremely competitive, beating out hundreds to secure her coveted spot as an intern.

“If I am not mistaken, around 800 people applied for this opportunity and only 50 people made it through. A&R Director of the label has taught our group of interns a lot of insights I didn’t get to know in my Master’s,” she said. “It was the beginning of my journey here, which led to other amazing opportunities and professionals in the field.”

“I am a co-manager of a very promising indie-dance duo from Brooklyn, Supertaste, who were already featured in DJ Mag and SPIN,” she said, “and a member of J.Worra’s artist management team – a fast-growing House DJ, noticed by Diplo and who also recently has been on the cover of Spotify’s premier tech house playlist Operator. However, there are other projects in the making soon to be announced.”

We’ll be waiting to hear who’s next on this promising artist manager’s client list, and what’s coming up for her clients.