Palm Springs, CA (The Hollywood Times) 3/29/22 – Chivalry lives in the heart of respected actor and film producer, Will Smith as he gallantly marched on stage to defend his wife, Jada Koren Pinkett Smith regarding Chris Rock’s thoughtless attempt at a joke about Jada’s alopecia at Sunday night’s Oscars. Besides Rock’s befitting punch in the face by Smith, I wish this Knight in Shining Armor had also dragged the ass off the stage. Nor should anyone in the audience have laughed but instead, booed Rock. 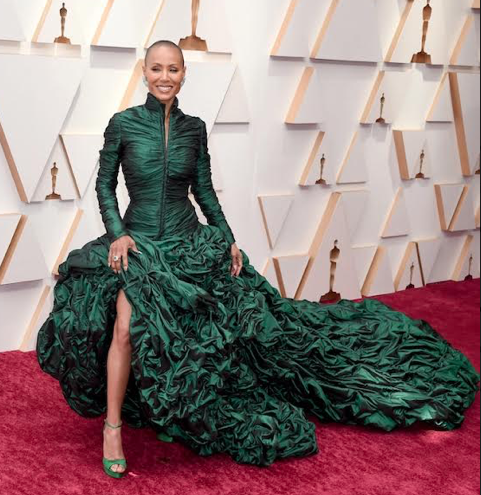 Jada is not hiding her condition—showing that despite it, she is still a remarkably beautiful woman teeming with grace while supporting others with alopecia. Standing tall and proud with them—encouraging not to hide or be shamed by the condition. But Rock, void of any grace, chose to shame rather than support Jada. He should have kept his stupidity to himself—again, as those that found him funny.

Producer Will Packer of the Oscars, showed an abysmal and stunning lack of direction in allowing Rock to proceed in hosting the remainder of the event. Although an unprecedented castigation—in his abandonment, Parker not only failed to rebuke Chris but turn the tables and feed this horse dump an overfilled plate of humiliation. If Packer had done so, used the comedian’s off-color and questionable so-call joke against Chris Rock—it would have hopefully, made an example out of this boorish court jester for other comedians to rethink and weigh how such stabbing barbs can be crushing to many of their targets as they add to the rapid dying of compassion in our society—dragging benevolence closer to the edge of the abyss of nonexistence in their standup. A good comedian only jokes about themselves and their life experiences—not other people’s, regardless of their celebrity.

More comedians must be called out, regarding making jokes about other people’s circumstances—some dire. I’m reminded of another offender, Jerry Seinfeld and his many jokes on suicide. Well-crossing the line with his seriously, offensive wisecrack banter on a very grave situation of the emotional pain and suffering of the some-800,000 individuals globally, who succeed every year in taking their precious life’s—while showing no guilt of piling more grief on top of life-long grief their families are left to carry. Paralleling  the same unacceptable disregard to other entertainers who have met such an end;  the-some-seventeen veterans that commit suicide every day; the children, lost to suicide from bullying, abuse, and violence as other seemingly impossible obstacles that overwhelm them to death’s door; among others, including homeless youth and their companion—hopelessness. All-the-while, Seinfeld unapologetically taking payment on such pain all-the-way to his bank account.

And let’s not forget yet another, Sarah Silverman’s heartless slamming of Britney Spears’ children—calling them, mistakes at the 2007, MTV Music awards just before Spears was about to perform in front of her peers after a long absence due to her personal difficulties. Instead, the performer was deserving of accolades and respect due her exceptional talent, many contributions to the music industry, and her perseverance. The only mistake here is that Silverman ever stood on a stage and opened her mouth. 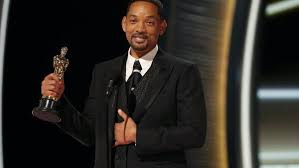 A good comedian only jokes about themselves and their life experiences—not other people’s, regardless of their celebrity.

As with those in attendance at the 2022, Oscars, I not only hold these comedians—as others, responsible for their intentional carelessness, but those in the audience who laugh along. I can guarantee you that not all people find these jokes funny but are disturbed and hurt by them: those that have lost a loved one to suicide or have conditions that effect their lives daily and some, their self-esteem. Those individuals are statistically in the audience or viewing on their flatscreens from their homes. Still, these comedians persist in what I refer to as a form of bullying as if they are soulless—perhaps they  are.

There are certain topics that are off-limits and never should be made into a joke. Those that do—banter such witlessness as those that find humor in them, reflect their deficiencies as human beings.

The views of the author are not necessarily those of THEHOLLYWOODTIMES.TODAY.