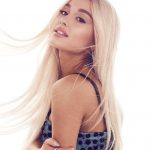 She opens up about her new album and outlook on life.

Coming Out of the Dark 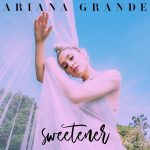 Grande discusses the aftermath of the devastating attack at her concert in Manchester, performing after the tragic event, using her platform to take a stand, and much more.

On coming home after the Manchester attack:

“When I got home from tour, I had really wild dizzy spells, this feeling like I couldn’t breathe. I would be in a good mood, fine and happy, and they would hit me out of nowhere. I’ve always had anxiety, but it had never been physical before. There were a couple of months straight where I felt so upside down.”

On performing after Manchester:

“Why would I second-guess getting on a f*cking stage and being there for them? That city, and their response? That changed my life.”

On using her platform to take a stand:

“There’s a lot of noise when you say anything about anything. But if I’m not going to say it, what’s the f*cking point of being here? Not everyone is going to agree with you, but that doesn’t mean I’m just going to shut up and sing my songs. I’m also going to be a human being who cares about other human beings; to be an ally and use my privilege to help educate people.”

This story appears in the August 2018 issue of ELLE on newsstands July 24.

A Conversation with Kody Norris of the Award-Winning Country & Bluegrass Group, The Kody Norris Show