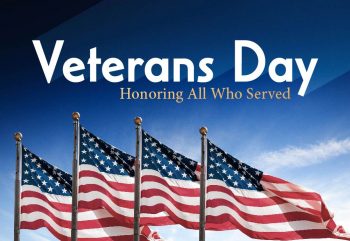 ON THIS DAY
A season three episode of CBS’ “Family Affair” in 1968 featured Eve Plumb (pre-“The Brady Bunch”) as a terminally ill young girl celebrating her final Christmas early…The characters of Laverne (Penny Marshall) and Shirley (Cindy Williams) were introduced in an episode of ABC’s “Happy Days” in 1975. Less than three months later, spin-off “Laverne & Shirley” launched on Jan. 27, 1976 and immediately rose to the top of the rating charts…In 1980, Ted Knight sitcom “Too Close for Comfort” debuted. When ABC canceled it after three seasons, “Too Close for Comfort” moved into first-run syndication for another three seasons and was eventually retitled “The Ted Knight Show.”  Plans for a seventh season did not surface after the passing of Ted Knight on Aug. 26, 1986…

Did You Know?
ABC almost prematurely killed “Laverne & Shirley” in the fall of 1979 (season four) when it was moved out of the “Happy Days” lead-out spot on Tuesday to Thursday at 8 p.m.  This was the same season the network also shifted “Mork & Mindy” and “Fantasy Island” to new time periods.  Although the trio of series quickly returned to their established time slots, the ratings were never the same again.

Apple Orders Drama “Severance” from Ben Stiller
Apple has given a series order to “Severance,” a new drama series directed and executive produced by Ben Stiller (“Escape at Dannemora”) with Adam Scott (“Big Little Lies,” “Parks and Recreation”) attached to star and produce. The series is  described as a workplace thriller that introduces Lumen Industries, a company that’s looking to take work-life balance to a new level. Scott will play the lead role of Mark, an employee with a dark past trying to put himself back together.

Endeavor Content will serve as the studio. The series joins several Apple TV+ projects developed with Endeavor Content, including “See” and the soon to premiere “Truth Be Told.”

NBC has given a put pilot commitment to a proposed sitcom called “Friends and Family” from writer Shawn Wines, Will Aernett’s Electric Avenue, Aaron Kaplan’s Kapital Entertainment and Universal Television. Written by Wines, “Friends and Family” follows a group of twenty something friends in San Francisco who question what they really want out of life as they try to hold on to their carefree lives while facing the next phase of adulthood.

Wines executive produces with Electric Avenue’s Arnett and Marc Forman, and Kapital Entertainment’s Kaplan and Dana Honor. Universal Television, a division of NBCUniversal Content Studios, is the studio behind “Friends and Family.”

“Shameless” Returns on a Typically Dysfunctional Note
Considering I basically watch TV for a living, you might have assumed I would have discovered Showtime’s addictive dramedy “Shameless” at its inception (on Jan. 9, 2011). But it wasn’t until about six months ago that I sampled it, and I spent the next few months binging on all 110 episodes from the first nine seasons. I can’t get enough of the fictional Gallagher family, and neighbors Kevin and Veronica (aka “V”).

Now in season 10, I am proud to refer to “Shameless” as one of my favorite series at present, with characters you feel a connection to and situations that do not always have a happy ending in their often dreary existence in the South Side of Chicago. But like any aging series that starts losing cast members, the Emmy-worthy Emmy Rossum decided it was time to move past her role as oldest Gallagher sibling (and ultimate caretaker) Fiona. And her absence was felt in the season-opener last night. For more, click here

“We couldn’t be prouder of this game-changing show and the impact it has had on our cultural landscape. The success of “Fresh Off the Boat” has helped pave the way for inclusion throughout the industry. Nahnatchka Khan and her brilliant creative team have created an unforgettable series with an Asian-American family front and center, something that hadn’t been done in two decades,” said Karey Burke, president, ABC Entertainment, in a statement. “The cast, led by Randall Park and Constance Wu, is one of the finest and funniest on television. We’ll miss the Huang family and are eternally grateful for the incredibly heartfelt stories they have told these past six seasons.”

Loosely based on Eddie Huang’s memoir of the same title, the show follows a family of Taiwanese immigrants who move to Orlando, Florida, in the 1990s to open a restaurant and raise their three sons. News of “Fresh Off the Boat” ending comes less than one year after series star Constance Wu made headlines when she lambasted the show’s renewal on Twitter.

The CW Announces Midseason Premiere Dates
Upcoming “Riverdale” spin-off “Katy Keane” will debut on The CW on Tuesday, Jan. 21 at 9 p.m. “Arrow” on the network will conclude its eight-season run with a two-hour season installment on Tuesday, Jan. 28 from 8-10 p.m. The remaining episodes of “Supernatural” will move into the Monday 8 p.m. hour on March 16, paired with the second season of reboot “Roswell, New Mexico” at 9 p.m. And “Supernatural” will end its 15-season run on Monday, May 18.

Also on The CW, dramas “All American” and “Black Lightning” will have their season finales on Monday, March 9.

The premieres of the second season of “In The Dark” and the final season of “The 100” will be announced at a later date.

Netflix special “Black Mitzvah” will be available for streaming on Tuesday, Dec. 5.  The logline: With her bold and barrier-breaking brand of comedy, Tiffany reflects on fame, receiving her “inheritance,”  the valuable lessons you learn when raising yourself, that time she received a jumpsuit from the one and only…Beyoncé, her infamous New Year’s Eve set, and more.

The next season of “Criminal Confessions” from producer Dick Wolf will launch on Oxygen on Saturday, Dec. 7 at 6 p.m. ET with a 90 minute premiere featuring the high profile Chris Watts case. In what marks the first time the lead investigators at the Colorado Bureau of Investigation are speaking out about the Watts case, viewers will hear first-hand accounts on how they worked tirelessly to secure the ultimate confession putting Watts behind bars.

The next edition of “Cosmos,” officially titled “Cosmos: Possible Worlds,“ will premiere on March 9 on National Geographic. The logline: this edition ventures to previously uncharted territories: starting back to the dawning of our universe, moving forward to the futuristic 2039 New York World’s Fair and then far beyond into the distant future on other worlds. Visit an open house in the first apartment ever built and climb a 10,000-year-old stairway to the stars. Return to the foreboding ‘Halls of Extinction,’ with living dioramas of the broken branches on the tree of life, and venture to the new, glorious ‘Palace of Life,’ with its soaring towers filled with vibrant marine creatures. Stand beneath its ‘Arch of Experience’ to know what it’s like to soar with the eagles or swim with the whales on their epic voyages.

ON THE AIR TONIGHT
Limited series “Catherine the Great” concludes on HBO…Season finales: “Good Karma Hospital” on Acorn TV; “Fatal Attraction” on TV One; “Rock the Block” on HGTV…For the listing of available programs for Monday, November 11 click here