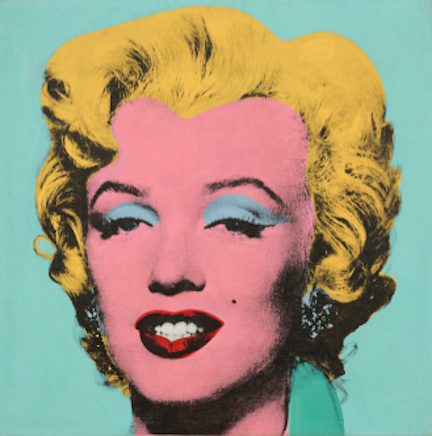 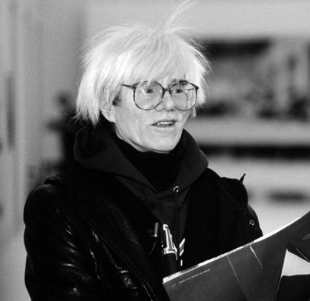 Palm Springs, CA (The Hollywood Times) 5/12/22 – Andy Warhol’s 1964 silk-screen of Marilyn Monroe’s face, titled, Shot Sage Blue Marilyn sold Monday, May 9, 2021, within four minutes for $195 million to an anonymous buyer at Christie’s in New York—making it the highest price achieved for any American work of art at auction.  When Warhol began silk-screening the face of Marilyn Monroe onto canvas some two years before, such works sold for around $225.00. They were included in his first Pop Art Show in New York City. At the time as it is today, Warhol’s work is viewed as  the most radically novel and influential works of the 20th century. 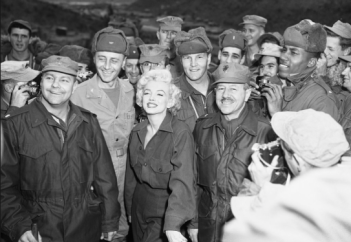 In light of this astounding price-point for the silk-screen, I feel the need to give kiddos to Marilyn Monroe’s memory concerning her rocky return to Palm Springs in the reincarnation of her in  renowned sculptor Seward Johnson’s (now deceased) 26-foot-tall sculpture Forever Marilyn to Palm Springs in 2020, purchased by RS Resorts for 1 million dollars plus installation costs. Kiddos because of the mess of a fuss by Louis Grachos and Steven H. Maloney of the Palm Springs Art Museum at the time. Not wanting it in front of the museum. In protest to that daftness and proof Grachos and Maloney were wrong as they were prudish and disrespectful to Marilyn’s memory, I’m certain that the unknown buyer who purchased the artwork were for two reasons in equal measure: Warhol and Monroe. 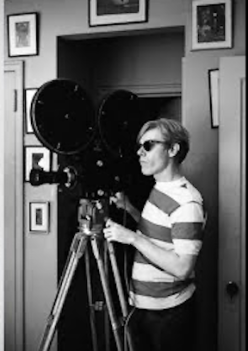 Andy Warhol had a great affinity for famous actresses—especially, Marilyn Monroe. He was fascinated and perhaps bewitched, with and by her as other top female celebrities held in high esteem and even mystery. Having obtained both, Miss Monroe made the perfect muse for Warhol’s expression. The acclaimed artist had a love affair with Marilyn with every pass of the squeegee as he layered color upon color across the press. His portraits of her played an important part in Miss Monroe’s immortalization. But it was still Marilyn Monroe’s acting, the camera’s love for her, Marilyn’s stunning beauty, sex appeal, and even her girl next door persona. All underling with an innocence that exuded from every pope; that shined through the glitz and glamor that surrounded the actress, but mostly that smile that lit up movie screens, the red carpet, and the night. Oh, that smile as the rest of the icon will never be forgotten.

Back on November 24, 2020, I wrote an article for the well-respected entertainment online news magazine, The Hollywood Times. Today: Marilyn Monroe Still Turning Heads and Stirring Things UP. What swirled me into a tizzy and not a giddy—more like got a very long wild hair up my butt to write the article was due to all the ridiculous (and I do mean: RIDICULOUS) who ha by Louis Grachos and Steven H. Maloney surrounding Forever Marilyn’s return after a two year absence where the sculpture of the icon of icons temporarily proudly towered across from the old Starbucks at the corner of Palm Canyon Drive and Tahquitz Way in her legendary pose from the 1955 movie directed by Billy Wilder—The Seven Year Itch.  One of Miss Monroe’s most loved movies. That famed pose of her in the white dress designed by William Travilla standing over a subway grate, laughing as her skirt blew up from a blast of air revealing her panties. Monroe’s panties! Oh my! I’m shocked at the very thought. Actually, NOT! NAH! NOPE! NO WAY! NOT NOW OR EVER. CERTAINLY, NOT! BY NO MEANS! 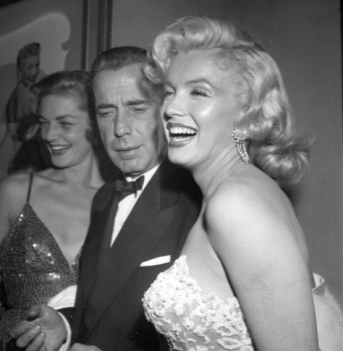 At the time of Marilyn’s return, Mr. Grachos was quoted by The Desert Sun in a statement: “We serve over 100,000 school-age children that come to our museum every single year. What message does that send to our young people, our visitors, and community to present a statue that objectifies women, is sexually charged and disrespectful?” He told the Palm Springs City Council: “You come out of the museum and the first thing you’re going to see is a 26-foot-tall Marilyn Monroe with her entire backside and underwear exposed.” My forehead is still bleeding from two years ago reading his statement causing me to beat my head against a brick wall. 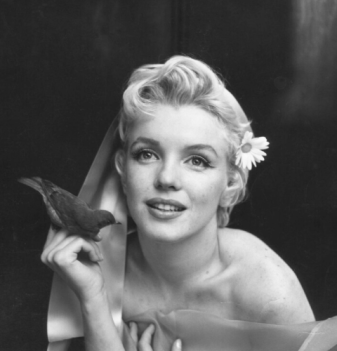 Mr. Maloney backed Louis Grachos’ illogical concerns, following suit by more of the same expressing: “Displaying the statue in front or near the museum implies institutional approval and an unhealthy encouragement of risqué behavior of women.” Seriously? At the time, what century did Maloney think we were living in? Apparently not the 21st. There were also concerns expressed—again ludicrous,  on how seeing Marilyn Monroe’s panties will affect the sensibilities of children. And as I stated in my original article: I strongly doubt seeing her panties is going to scar any children for a moment or a lifetime. Those children they’re trying to protect no doubt have seen far more risqué attire in movies and television. Certainly, teenage high school characters wearing skimpy clothing and engaging in sex. These children building sandcastles on any beach will see women wearing very skimpy swimwear, prominently revealing lots of skin accentuating their breasts and butts. Instead of children’s sensibilities, the museum should be more concerned about my sensibilities on pure nonsense and my injured head.

Just to be clear: Marilyn Monroe nor her panties ever objectified women. It’s men that do a damn good stellar job at the objectifying. They always have and always will as prudes will always be prudes. It was the studio heads that worked hard to keep tight control of Marilyn and boxed her into the genre of bimbo sex goddess and not her—much of which caused her depressive periods. Yes, Miss Monroe was and remains a sex symbol, but she was so much more including a remarkable actress, sensitive, kind, and dedicated. I have zero doubts she would have had a long resume of  extraordinary roles if her young life hadn’t been cut short. Even still, Marilyn Monroe played a major and dynamic leading part in the movie industry of her time. And she will always remain at the pinnacle. 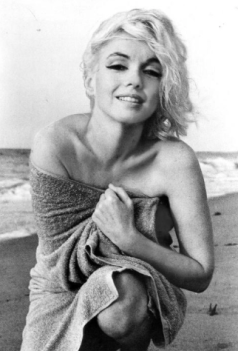 Miss Monroe got in the last word over the Palm Springs naysayers with her permanent home on Museum Way and certainly, with the 195 million dollar sale at auction of Warhol’s Shot Sage Blue Marilyn. Her former Palm Springs’ home was at 1326 N. Rose Avenue. It’s good to have you back for good, Miss Monroe! I find it quite apropos that Marilyn’s backside and her panties face the front of the Palm Springs Art Museum. Yes, Seward Johnson got it right: Forever Marilyn.

You will have to excuse me. I need to change the bandage on my forehead.

Louis Grachos has since resigned from the Palm Springs Art Museum after some-two-years as CEO to return as Executive Director of the contemporary arts organization SITE Santa Fe. Mr. Maloney passed away on February 23, 2021, at age 78. Congratulations to Mr. Grachos and my sincerest heartfelt condolences to Mr. Maloney’s family.

Mr. Chumbley’s opinions are not necessarily those of the employees of THEHOLLYWOODTIMES.TODAY. But we love him all the same.