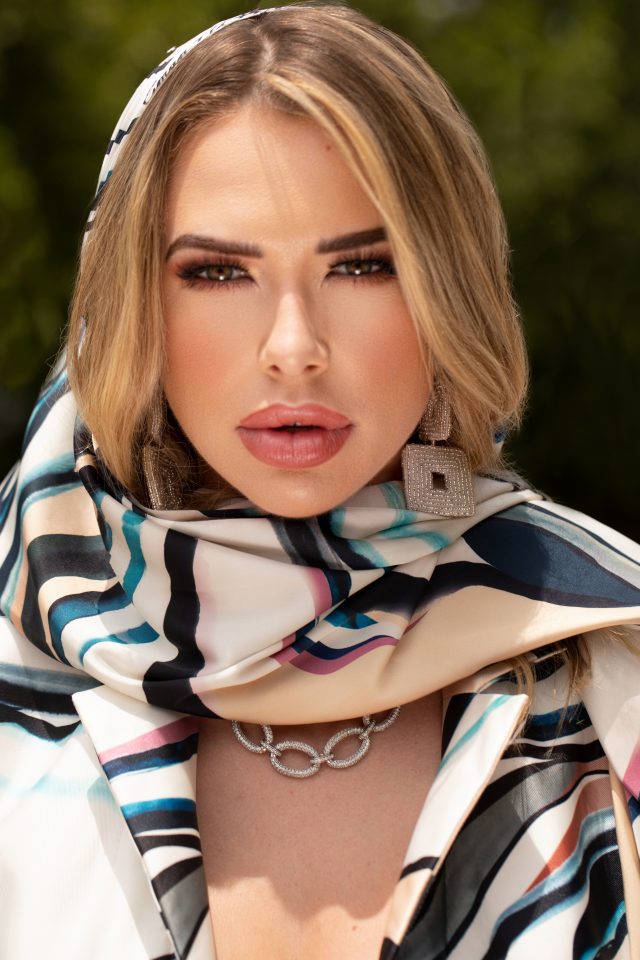 Los Angeles, CA (The Hollywood Times) 10/13/21 – More than four million dedicated social media followers are currently caught up by Antje Utgaard and continue to be captivated by her many talents as she constantly finds new ways to evolve and follow her dreams.

An inspiring business owner, feminist, advocate, model, and actress, Utgaard redefines the meaning of an “It Girl” by never restraining her potential, while at the same time nurturing her ambition.

Born and raised in a small town in western Wisconsin, and of Norwegian descent, Utgaard entered the world of entertainment by dancing at a young age. Winning many awards and competitions, she also trained with the Radio City Rockettes. 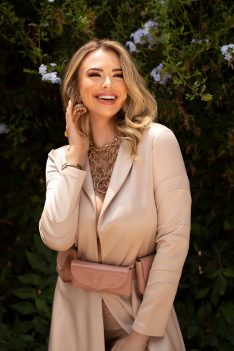 At the University of Minnesota, she quit dancing in her sophomore year and began studying marketing and fashion merchandising. Soon after, she pursued her lifelong dream of modeling; resulting in 100,000 followers on Instagram in just a few short months.

Soon after, she headed to Los Angeles where she was dubbed the “Next Kate Upton” by Playboy and appeared in Maxim and many other noted publications. While still enjoying her success as a model, she branched out into acting, hosting, and being a social media influencer reaching close to 2 million followers on Instagram alone, and 4 million across all of her platforms.

This blonde bombshell is clearly beautiful, but she is much more than what meets the eye. This stunning high-achieving woman is a humorous actress, who is serving up laughs every day with her comic sketches on Tik-Tok and other series.

Utgaard welcomes each campaign with a warm and engaging personality that brightens any project she is a part of.  She is currently pursuing work in acting, modeling, hosting, influencing, commercial print, and beauty.

Antje, what is it like working with celebrities, photographers, and film directors?

Antje Utgaard: It’s definitely different. If you are looking at it from an outsider’s perspective it feels surreal and when you are working with them, it feels really cool to be a part of it. It’s cool to think that I was able to get myself, a small girl from a town of 500 people in Wisconsin, to be around people I looked up to. At the moment you would think it would feel surreal, but you just adapt into the moment and take on that energy that they have and see yourself as one of them.

Please tell us about what you enjoy the most about modeling?

I enjoy creating an image. It’s very artistic in the sense that you, along with all other creative types we can create this photo together but at the end of the day, it is an art to me. It’s really cool to see what you can create, it’s a sense of accomplishment.

What products and brands are you attracted to when it comes to starting a new campaign?

I’m really into fitness, so any fitness brands. I really like Lulu, Alo, and Nike. I like a lot of fashion-forward brands and edgy streetwear, also layering items, and shoes. As far as brands, I am all over the place. I like designer brands like Dior, Prada. Balenciaga, Balmain, and many others.

You are a dedicated advocate for charities. Why do you speak out for children, especially those with learning disabilities?

I grew up with a learning disability and I also have a brother with a mental disability. For me, it goes back and forth, because I struggled a lot when I was little. I had to take a lot of special classes and had a speech impediment and I got picked on a bit too. They would always have to take me out of class so I could learn with the teachers after.

It was one of those things where I got really discouraged with myself, but it wasn’t until I learned it was just the type of learning that they were using that my mind just didn’t comprehend. People would get frustrated with me, but they weren’t teaching me the way I needed to be taught. It wasn’t until I went to high school that I had a teacher who explained things to me differently. After that, I graduated with honors. I’m a big advocate for not giving up on yourself. I don’t think little kids should be told that they are not smart because everyone learns differently. It hurts me when little kids think that they are less than others just because they are not at the same level as everyone in their class.

Why is it important to you that we support a greener environment?

As far as the environment goes, global warming advocacy matters. I want my kids and my grandkids and their kids to be able to enjoy the earth the way we are now. I don’t want to see everything change and I don’t like to see animals and plant life go extinct just because we are not able to do our part as humans on this earth. We should maintain it and if anything, go the opposite way. All the pollution in the air is also just really bad for us, it’s killing us too.

As a true feminist, you want to empower all women to conquer and to utilize all their strength, and direct it towards loving themselves. Tell me about this.

Being in Hollywood, and just in general too, I know women are coming up now and more so than ever. I see women leaning on guys or being submissive to anything they say because they don’t believe in themselves in what they can do, and I don’t like that. I’ve seen too many women, even my mom — not now, but before she just gave up on her dreams and what she wanted in life and that focused on what my dad wanted. I just think that women have more to offer and we are smart creative beings. I think it’s time for us to step up and stop listening to just what the guy wants.

I think that being a mom is important, I definitely want to be one, but I am not going to rely on what a guy wants and change my goals and stop my dreams just because it’s a safety net. I think every woman should go after what they want to the full extend and not worry about what society is telling them to do. I’m sick of guys trying to pigeonhole women to a certain role. If a woman is too strong and powerful, she’s a ‘bitch’ or she can’t have a guy because he’s ‘weak’ to her. I don’t think that’s fair, and I think it’s time for men to realize that women are just as strong, and that we really are equals.

What do you feel is your number one talent?

I’m pretty good at making people laugh. I’m a little witty. I can turn a bad or awkward situation into a good one. I try to make people feel comfortable and I can also make them uncomfortable just as easily, I guess it depends on what I’m looking to do. But making people laugh has always been a strong suit of mine.

How do you describe your personal style?

It definitely goes all over the place. I love athleisure, especially sexy athleisure. I like wearing boots, heels, and Jordans. I can also go the complete opposite way and be super eccentric. If there’s one thing hanging up in a store that no one wants, I like to buy that. I just like to be different. Either I like to dress like a tomboy or over the top and voluptuous.

Tell me about your favorite TV projects and why?

I really haven’t gotten my dream roles yet. Although, I really enjoy doing mob movies and I did do Mob Town. Goodfellas, The Godfather are some of my favorite moves. So being in Mob Town was a really fun role for me. Other than that, I really enjoyed doing collabs with Youtubers because it was more comedy-focused.

What are your major accomplishments?

I would say being featured in Maxim’s Hot 100, being able to shoot for Playboy, being the host of This is LA on CBS, walking in Swim Week and just making a name for myself, more so than anything and being able to be that girl from a small town in Wisconsin that took a leap of faith on herself. I wouldn’t say I won just yet, but I’m definitely making my way up there. I haven’t reached my full potential and I’m excited to see what I can accomplish. My greatest accomplishments have yet to come but overall, I am grateful for everything I have accomplished thus far.

What are your hopes/dreams for the future?

Why do you have your sights on being on the covers of Sports Illustrated, Maxim, Forbes, and Vogue?

It’s always been a dream of mine, ever since I was a little girl. Obviously, I have new dreams that come about every day and there’s a reality to certain things. Sports Illustrated, there’s so much empowerment behind it in showing different kinds of bodies. Growing up and just seeing that magazine, that was the ultimate magazine. I’m also really into sports so out of all the ‘sexy’ magazines, Sports Illustrated always stood out for me, it was the crème of the creme.

What message/philosophy do you want to share with your 4 million social media followers?

Stay true to yourself. God gave you everything that you need to be successful and the more you steer away from who you really are, the farther off the path you’re going to get. Stay true, love yourself, remain confident, love yourself, just try your best, and don’t let anything that people say you should do get to you. If you just stay true to what you want, then you can’t go wrong.

Please include your website and links to your social media.

OnlyFans Out of the Box – https://onlyfans.com/antjeoutofthebox