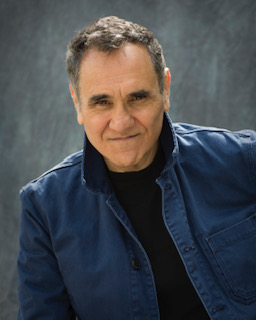 Los Angeles, California (The Hollywood Times) 2/26/2021 –  Anthony Patellis is an Actor/Director/Writer/Producer. He currently stars in the new Samuel Goldwyn Company feature film, Team Marco available on all Video On Demand platforms. He is known for his role as Charles Cirrillo on HBO’s Sopranos, more recently co-starring on Gotham. He has also co-starred on multiple Law & Order’s, New York  Undercover, The Guiding Light.  We spoke to Anthony Patellis about his upcoming projects for television and his new production company with Brittany Portman, Brit-Tony Productions, with their first production currently being shopped to streaming companies.

You have worked in world-class theatre productions in 17 countries on 3 continents, how did this experience prepare you for the “Big Screen?”

To the contrary working in huge Broadway-sized theaters both here and abroad were lessons on what not to do on the big screen. I came to on-camera work rather late in my career, after nearly 20 years on stage. My early television work is for me unwatchable. I had no clue how to transition from larger-than-life stage work to subtle work on camera. I think my first Law & Order was in ’91. When I saw the episode I was shocked and embarrassed by my work. As I got more roles on TV, I got better and better. But it wasn’t until I took an on-camera class with Sally Johnson in 2001 that I understood the technique of film and tv acting. The stillness of extraneous movement, focus, and merely thinking the thought, is the first key toward believable on-camera acting. Soon after, I booked a great role on the Sopranos, and it was the first time I could stand seeing myself on screen.

How have you perfected your craft over the years?

I was the proverbial college star on stage. Unfortunately, it was instinct and unnurtured talent that propelled my performances. I arrived in NYC one day after graduating from college in the vast Midwest and found myself floundering amongst some of the greatest talents in the world. It was the 70’s and I was living in a pretty bohemian setting in Greenwich Village, where my neighbors were the likes of John Belushi, and Christopher Guest, who was already working Off-Broadway. Getting to know them and following their work in the theater, I began to see how much I need to learn if I were going to survive. I went to a free seminar where Lee Strasberg was speaking, and about fell out of my chair listening to his words. I saved up driving a cab and enrolled in his Master Classes where I stayed for three years, both in NYC and Los Angeles. After Lee, I enrolled in Stella Adler’s classes at City Center, and also followed her out west where she taught in the winter. I owe my acting technique to Lee, and my script interpretation to Stella, both masters of their craft. It was a lot to take in for a young actor in his 20’s. I met Elia Kazan about that time, who took an interest in me as an up-and-coming actor. He suggested I stop studying and start working. He said I will then learn what I need and can pick it up as I go along. And that’s what I’ve done throughout my career. I’ve taken periodic workshops with adept teachers whenever I felt the need. At this point, I know how to act, so it’s the little things that a teacher can offer me that keeps me tightened up.

You Star in the new Samuel Goldwyn Company feature film, Team Marco. What led you to this project?

It came to me in the usual way, through my agent. But there’s a funny story around it. I was heading out the door to meet a friend for an early dinner in Brooklyn when my agent called with a last-minute film audition. It was June, I was in shorts, a tee-shirt, and sneakers. She emailed me the sides, and on the email thread was a note from the casting director from weeks earlier saying they were not interested in seeing me for this project as I was “too young” for the role. I was really annoyed that I had to go to an audition I wasn’t right for, making me late for my dinner engagement. I went in shorts and tee-shirt, with a bit of attitude, and read for the role without any fear or thought that I would get it, thus I was ultra-relaxed. They asked me to stay, and I looked at my cell phone clock and asked, “How long?” They said about 20 minutes, and I said okay. An hour and a half later, and many scenes read, they let me leave and I finally headed to Brooklyn. I got the part, and the rest is history. 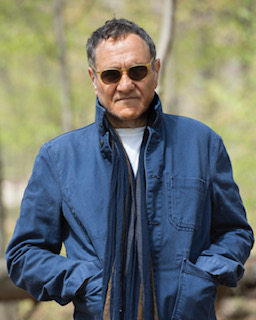 What excites you the most about Team Marco?

It’s a multi-generational movie with a smart script and something to say to virtually everyone no matter their age, gender, color, and creed. It’s about the technological divide between young and old. A very relevant story anywhere, but especially in America where it’s all about tech. I play an old-school native of Italy who has spent most of his adult life in Staten Island. He’s all about family, friends, relationships, and playing bocce ball. Trouble begins when he’s forced to live with his single-parent daughter and his 12-year-old tech-addicted grandson, Marco over a sweltering Staten Island summer. Working with young actor Owen Vaccaro was a treat. He has the talent and wisdom of a much older person. I had to be on my toes to keep up with him. Working with writer-director Julio Vincent Gambuto was a dream come true, as he trusted my work and only guided me as needed for his vision of the film. It was a wonderful experience.

Your screenplay, We Were Young was a 2018 finalist at Slamdance and Beverly Hills Film Festivals. Why do you think this resonated with the audience?

I only came to writing about 5 years ago. I had no clue I could do it. Having read so many great writers, novelists, playwrights, it never occurred to me I might be able to write my own story. I started writing what I thought would be a fun story, half memoir, half fiction, in long-form. I was getting nowhere fast. I think I wrote 20 pages my first year. Then I got a call from a play and screenplay writer I’d met through a friend in Soho, who said he was forming a writing workshop and invited me to join. Sheepishly I showed up and soon learned that the other six people were all writing screenplays. I had no clue how to do it. But then I remembered I’d read hundreds of them which sort of demystifying the process. I turned my memoir/novel idea into a screenplay. It took about 3 months to complete, and another 3 months of re-writes before sending it to festivals. I only sent to three and ended up as a finalist in two. I think it resonated with people because of its honesty of character. Everyone in it is recognizable as one who you might have known. The story is very real. I adhered to the writing rule, came into each scene late, and got out early. Thus there’s little “fat” to weigh it down. It moves well and keeps you interested. At least that’s what the judges said.

What is the secret recipe for success to be a great writer?

I think the first secret is the one everyone already knows, “Write what you know.” If you are a man, don’t try to write a screenplay about women’s issues, from a woman’s point of view. Writing from your own experience in life gives your work authenticity. Without that, you have a hollow foundation. Don’t give up on yourself if your first attempt at writing is less than stellar. To be great at anything takes practice. Don’t be afraid to seek help from others who know more than you. But mostly, write, write, write.

You are currently working on 3 projects for T.V. Tell us more.

Two years ago a friend of my wife’s brought me an idea for a web-series that I thought was adventurous enough to be developed into a television series. We went to work on it, writing a pilot, a bible, pitch-deck and shot a proof of concept reel to accompany our series package. We formed a company, shopped our project, signed with an agent with bi-coastal offices, signed a shopping agreement with a major production house, and are now free to work on two more ideas we have for series while the producer deals with networks and streaming companies. In all three projects, we are basing the premise and characters on people and situations that we have in our own wheelhouse. Things we’ve known in our own lives that we think are unique enough and will be interesting to others. So far it’s working well.

You have formed a production company with Brittany Portman, Brit-Tony Productions. What can we expect in 2021?

Forming a company with my writing-producing partner was a great move on our part. It legitimized us to people in the business. Our first project is at the beginning of its journey into streaming companies. With any luck, we will get picked up by one of them. What we know for sure is one of the first questions they will ask if they are interested in our project is, “What else are you working on?” You never want to be short answered on that. We are working actively on two projects, and have ideas for two more to follow. And I haven’t forgotten about my screenplay!