Advertisement
Home #Hwoodtimes The Hollywood Times Interview with Netflix’s The Devil Punisher Star, Anson Chen
Facebook
Twitter
Pinterest
ReddIt
Email
By Valerie Milano
Los Angeles, CA (The Hollywood Times) 3/11/21 – Anson Chen is used to playing the good guy in his thespian roles. So being able to play the mastermind in Netflix’s “The Devil Punisher” has been a real treat for the passionate Taiwanese actor.

“I have to put myself inside each character to convince myself why each does what he does,” Chen explained. “It’s about understanding the bad guy’s mindset. There is a reason for everything, and so I needed to train myself to find supporting reasons to do bad things.”

Chen is fascinated by his character, in which he plays a professor.

“He has a reason to hide from the public and appear on the surface that he is a nice guy. This is a great exercise as an actor and a chance to do some soul searching and find a way to act and to persuade the audience to believe,” he said earnestly.

To prepare for the role, Chen dived into research so he could be the best possible character onscreen.

“I had watched many classic bad guy films and studied their eyes and sense of calmness. It was fascinating and almost addictive. There are some great villains out there – they inspired me to work hard to release the deeper insidious.” 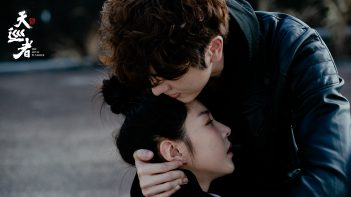 Some of Chen’s acting inspirations were derived from the new version of Joker, in “The Dark Knight,” “Silence of the Lambs’” Hannibal Lecter, and Young and Dangerous Wuya (“The Crow,” a Hong Kong movie).

“Devil Punisher” has gotten so popular that Chen often gets stopped by fans on the street.

“When I go out these days, fans have started to notice me. Because I play the role of a professor, some fans now call me ‘Professor Lu,’ and even ask me to pose for pictures. And they give me encouragement. It makes me not only feel happy and honored but also I love being aware of the social responsibility that comes with it.”

Recently, Chen was tickled pink when a young child recognized him on the street.

“It was really such an amazing experience when a five-year-old girl who stopped me while I was walking and started talking non-stop about the series!” he enthused. “And gave me her analysis of my character! Seeing her earnestly using language to explain the motivations of many of the episodes really surprised me.” 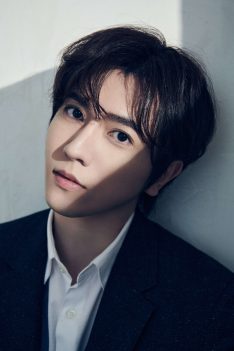 He added: “The fact that she could relate to them and have so many observations about me and the show made me really happy and feel grateful for the opportunity to act to such a wide audience. I really feel lucky to be a part of the series and hope ‘Devil Punisher’ gets renewed for another season.”
Advertisement

Social media has also been a great way for fans to reach out to him. In a recent Instagram post Chen said: “Nowadays, I received lots of messages from all over the world. I really wanna say thanks to those supporting also thanks to #Netfilx who made this happen to me. I got notes from the United Kingdom, Brazil, Korea, India, and the United States. I’m so honored and grateful. I’ll try my best to don’t let you guys down and do more characters to amuse you.”