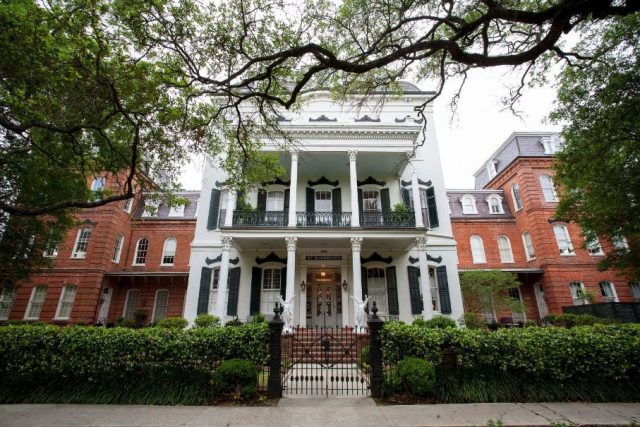 With the death of Anne Rice in December at the age of 80, New Orleans lost one of its most unique characters. A New Orleans native, Anne championed the city’s Southern Gothic aesthetic and owned many lavish NOLA homes, including an 1880’s Saint Charles Avenue mansion that is said to be haunted. In 1993, Anne Rice purchased a three-story, red-brick, 19th-century building known as St. Elizabeth’s, which had formerly been an orphanage and a Catholic girl’s school. Anne turned it into the largest home in New Orleans, taking up an entire city block. She hosted charity fundraisers and gave public tours, using the money to restore the 47,000-square-foot building, which is on the National Register of Historic Places. Downsizing after the death of her husband, she sold the building to developers who converted the home to luxury condos. The largest and most spectacular unit, The Chapel, was sold at auction in 2018.