“We’re in a new age of animated storytelling,” enthuses artist and creator Sam Sawyer.  “Cartoons got bland for a little while, and were much more about action than heart and soul.  But now we’re in a time where there are so many more stories to tell, and they’re not just for boys who are eight years old.”

Sam Sawyer is part of the new generation of post-millennial artists who transcend any one medium or genre:  she’s an in-demand comic book cover artist, has helped create mobile games and apps, designed three new Tarot decks, and now, with her new project S.A.L.E.M., is breaking into the world of animated series television.

Forging ahead in a new field isn’t intimidating to Sawyer, though she does recognize that her fields are changing and evolving rapidly.  “Coming from the comic book world, I’ve found that people in animation are a lot nicer, and at this point gender doesn’t matter as much. I used to get a lot of slack for being one of the few women illustrating comic books, that’s very much of a male-dominated industry.  But now I’m in a field where there is much more of a mix of male, female, non-binary, and diversity in general – and a time where everyone is really eager to help everyone out.”

As a teenager in suburban Phoenix, aspiring artist Sam Sawyer couldn’t stop thinking about a story about a monster searching for an identity – an animated series that would feature a non-binary character as a hero. 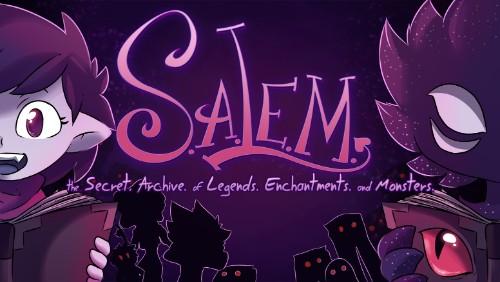 Fast-forward a few years:  now a successful comic artist and visual designer, Sam created the animated series “S.A.L.E.M.: The Secret Archive of Legends, Enchantments, and Monsters,” featuring the vocal talent of Rob Paulsen (“Animaniacs”), Laura Bailey (“Critical Role” and “Dragon Ball Z”) and Adam McArthur (“Star vs. the Forces of Evil”).  It’s the story of a “cryptid” (creature) named Salem, raised by the Boogeyman, who learns that they are adopted.  Without a gender and without a core identity, Salem embarks on a journey of discovery among the world of faeries, goblins, and other cryptids.

Rob Paulsen said of Sam “She did what all the folks at Comic Con love about this whole experience. It’s not about anything but utter joy in expressing yourself, being creative and being accepted for who you are. I’m really proud of her.”

But Sawyer isn’t only determined to bring back the edgy animation of her youth; she’s also a veteran comic book artist, a published author, and designer of three Tarot decks.  She appears at over 20 Comic Con events per year and was an artistic collaborator on the new Lindsey Stirling music video, “The Upside.”

With her pink and purple “hombre” style haircut and bright personality, the queer-identified Sawyer knew she was an artist from a young age.  Despite leaving home early, and even being homeless for a time, her determination and talent allowed her to find a space for her unique artistic vision and gave her the confidence to keep conquering new frontiers.

The Hollywood Times had the opportunity to catch up with Sam  Sawyer for a telephone conversation.

Judy Shields: Tell us about your background and growing up in Phoenix, Arizona.

Sam Sawyer:  I’m from Phoenix, Arizona, originally Chicago, but moved to Arizona at a young age. I was always a really creative kid but I didn’t get to express myself. It was a strict regime of school then college. It wasn’t until I got a little older that I realized I could do art as a career. I finally had a chance to move to LA to explore career options.

Judy Shields: What was the first thing you drew and how old were you?

Sam Sawyer: I was around 11 years old. I loved Sonic the Hedgehog video games and so I started out by drawing Sonic and other little Nintendo characters. I loved animals and I started drawing animals and little characters and I never really stopped

Judy Shields: Wow. That’s really cool. So what was the first comic drawing you did?

Sam Sawyer: When I was really little, I started out doing my own little comics. When I was 13 or 14, I got my first little job. I colored a comic book for an internet safety company. I got my first real comic book job when I was 22 years old. I started working for a company called Big Dog, Inc. and I did a couple of covers for them and that’s where it really started.

Judy Shields: Well, I read where you were homeless at one time. Do you care to speak about that? You know, since it’s kind of an epidemic really here and in other states.

Sam Sawyer: I was luckier than others. I had just lost my apartment because I couldn’t afford it anymore. Los Angeles is ridiculously expensive. And so for six months I had to put all my stuff in storage and hop around from my parent’s house to friends’ houses. Everyone put up with me for a little while until I was able to get back on my feet. It sucks because I didn’t have anywhere to call  my own, but I was finally able to get back into a place that I love.

Judy Shields: Did that help you as a learning experience as well?

Sam Sawyer: It was definitely a learning experience. I learned finances and how to manage everything. To be able to tell other young men and women that I experienced that, to not give up, and to always try to reach out and get help. You need to reach out to family and friends so that it doesn’t go the other way. So that’s good advice

Judy Shields: Great advice. Also I’d like to know when did you start working on a S.A.L.E.M. What I’ve seen on your YouTube, it’s amazing. Congratulations. 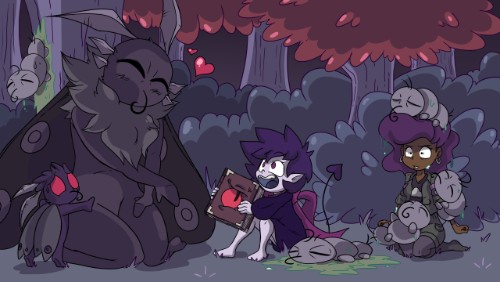 Sam Sawyer: Thank you. I started to develop the concept for it when I was really young. I really didn’t start taking it seriously and actively working on it until about two years ago. I started casting the characters, hiring voice actors, producing a trailer. And then last October we did our Kickstarter and raised $75,000. Now we’re making our first episode. 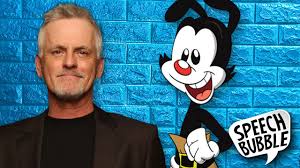 Sam Sawyer: We sent out audition notices to a couple of agents we liked, and we had a ton of people audition. In the end, I really just liked Rob even before knowing who he was. I tried to stay unbiased as I could but I just fell in love with his voice and then finding out who he was, I was like, oh crap, I can’t believe we just hired Yakko, and it was awesome.

Judy Shields: Yeah. Animaniacs and then you also had Laura Bailey and Adam MacArthur too, right?

Sam Sawyer: Yeah, it’s amazing. I love working with all of them. They’re so incredibly talented.

Just getting to hear what they bring to the table is really great.

Judy Shields:  It’s a great storyline about S.A.L.E.M. Can you give us a brief description of it?

Sam Sawyer: So our rough little story is basically the concept that Salem isn’t a cryptid, which is basically any kind of monster or animal that is undiscovered and can’t be proven by science, similar to Bigfoot and the Lochness monster. And so for Salem, they don’t know what kind of cryptid they are, so they set off on this little adventure with their two best friends. On that adventure, they basically try to hunt down different cryptids and monsters to figure out who they are. It’s very much a story of self-discovery.

Judy Shields: Have you been able to create more episodes of S.A.L.E.M.? 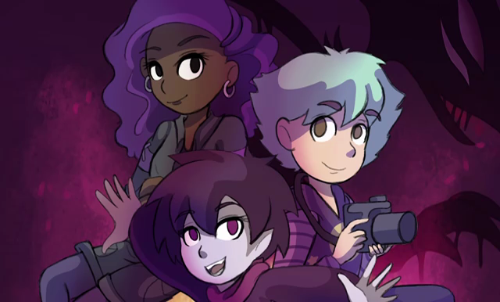 Sam Sawyer: I have the entire series completely mapped out, but for now, we’re just doing the first episode.

Judy Shields: When do you work on your creation and episodes?

Sam Sawyer: Pretty much whenever I can. We have an animation studio that’s helping us create the episodes. I don’t do the animation itself. I get to do the fun parts like designing the characters, helping with the storyline and overseeing everything but we have a really great team that’s helping me.

Judy Shields:  Do you draw them and then they go to animation?

Sam Sawyer: Pretty much. Like right now, our process is starting with our storyboards. They’ll tell your story and kind of explain what you want the shots to look like, the expressions on the characters’ faces, etc. Then from there it gets sent to the animation team and they take those storyboards and craft the animation of what the storyboard artists originally drafted. They’ll take those key frames and shape the story around that by using the character model and using the style that’s been decided upon. It’s a big team effort. You can do it with only a few people, but it’s so much easier to do it with a team.

Judy Shields: Do you see it after it’s been animated, and then the voice characters come in and do the voiceovers?

Sam Sawyer: The voice actually comes before any animation or storyboards are finished. You want to do all your voices first because you have to make sure that lipstick key matches up.

Judy Shields:  Do you do editing with animation, as is done in movies?

Sam Sawyer: Yes. You send it out in bits and pieces and then you send it out scene by scene. Once you get all the scenes animated, you go in with a team and you put it all together and make a code, a cohesive and consistent story. Then comes to editing and making sure all the voices match up with everything. There’s last minute editing, all that fun stuff.

Judy Shields: Very exciting.  Do you travel around the United States for these different comic cons?

Sam Sawyer: Yes. I travel everywhere. I leave for Las Vegas in a week, and then the week after that I’m in Chicago. I get to travel a lot.

Judy Shields: What’s the best advice you ever got?

Sam Sawyer: The best advice I ever got was that the beginning is always the hardest, and that was definitely true recently when we created our first episode of the series. You really just need to buckle down and weather through the storm, because once you get past those first steps, it gets easier and easier. You don’t give up, you just keep on going. That’s really the best advice I’ve ever been given.

Judy Shields: Do you have any other upcoming projects besides S.A.L.E.M. or is that going to keep you busy?

Sam Sawyer: That’s been keeping me pretty busy. I have a couple little projects that I’ve been tentatively working on, but nothing that I can talk about just yet. So stay tuned.

Sam Sawyer: Thank you so much. I really appreciate it!