Birmingham, AL (The Hollywood Times) 10/26/2019 – First and foremost, I want to begin with a disclaimer. This isn’t meant to offend anyone by any stretch of the imagination. Although I’m quite certain that I’ll catch some hell or be declared “insensitive” by some for writing this, I feel duly obligated as a devoted father myself to be somewhat descriptive in the following, as well as terrified beyond belief because this is something that NO parent or child should ever have to go through or even speak of.

I want this to be a reminder that our children are not always as safe as you’d like to think, regardless of how close an eye you think you have on them. 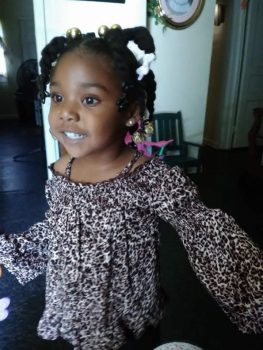 Let’s just get down to it.. you and I both know unfortunately that there are scores of parents out there who could absolutely care less about the well being of their children.

This is NOT an entertainment piece. Disregard the fact that a medium known as The Hollywood Times is even coming forward with such a story.

This is horrific chain of events that happened right in my hometown of Birmingham, Alabama. This is a public service announcement of sorts, one that is meant to cause awareness, one that has reduced me to many sleepless nights since it occurred, and I’m prepared to go to the most dimly lit places in my mind to bring said awareness to you on behalf of the precious angel that I’m about to speak of. Places that no loving parent should ever want or dare visit. Even as I write this, I’m watching my beautiful 3 year old son sitting on the couch in a carefree state of bliss, singing Johnny Appleseed and playing with one of his absolute favorite toys in his little world, a Sheriff Woody doll from Toy Story. 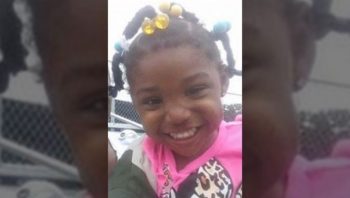 I’d like you to picture the following vividly in your mind.

On the evening of October 12th, 2019, a toddler in the Tom Brown Village housing community in the city of Avondale, located in Birmingham Alabama was lured away by a stranger with fake promises to parts unknown to her innocent little comprehension. A 3 year old child cried endlessly for her mother and father while in the confines of a Toyota SUV driven by her captors, only to have her terrified and panicked cries ignored. A daughter was inhumanly violated in ways I can’t even imagine by something inherently evil. I employ “something” because there’s no fitting term to elucidate the type of beast capable of bringing such defilement upon an innocent baby.

The precious breath of life was stripped away from a child whose only worries in her little 3 year old world should have been playing with her toys, looking up to her brother, riding her tricycle or showing endless amounts of unconditional love towards her mother and father, as small children are often known to do abundantly in their innocent and unaffected mindset. 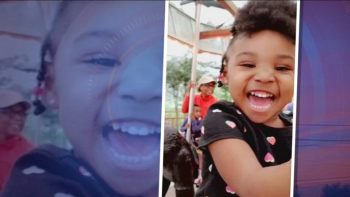 Kamille McKinney, affectionately known by the entirety of her family and community as “Cupcake,” was murdered in cold blood on October 12th, shortly after she was abducted during a birthday party that she was attending with her 11 year old brother. A birthday party that allegedly neither had been invited to, yet had been dropped off by their mother, April Thomas. On the evening of October 22nd, her tiny body would be found inside a dumpster at a landfill in the outskirts of Birmingham, Alabama.

After 10 days and hundreds of hours had been volunteered by several Birmingham communities, countless individuals holding onto their faith and hoping for more than anything to bring this baby girl home, Kamille’s cold and lifeless little body was discovered wrapped in a sheet, treated as a bundle of discarded trash and thrown away without an afterthought.

Where were the parents??

That’s the absolute first question that skyrocketed into my brain and off my tongue:

WHERE WERE THE PARENTS?

Just 5 days later, a tiny casket adorned with beautiful flowers and numerous balloons, all of which colored purple (Kamille’s favorite color) and some in the shape of Cupcakes, rests at the front of the pulpit of New Beginning Christian Ministry. Kamille’s parents, April Thomas and Dominic McKinney sit front and center facing the sealed forever bed set out before them.

Where were you before?

As I stand in attendance at the funeral service being held for precious Cupcake, wearing a purple ribbon on my lapel and tears streaming endlessly down my face while taking in the words of the pastor, I can’t help but find my gaze making its way back to the parents sitting maybe 25 feet or less to my right. I notice time and time again that there are no tears being shed. Just vague, emotionless expressions.. much like the kind you’d see from someone lost watching a television program. I ask myself over and over a piercing question that I can easily imagine asking directly to each of their faces:

Now mind you, I have absolutely no clue how it feels to lose a child. The thought itself just sickens me to my very core. My wife informs me every so often that I can be a tad overbearing when it comes to our child. While I would NEVER question the unfailing love that my wife has for our son, I will agree that I can be somewhat of an overparent. I hug my child multiple times a day. I tell him I love him at least a dozen times or more daily, which is now reciprocated with the sweetest “I love you more.” I try with every fiber of my being every single day of my life to be the father he deserves. I simply cannot imagine a world without him in it, and if that were the case, I definitely wouldn’t be here writing this.

Inconsolable just isn’t a strong enough word to express what would remain of me if the fate of Kamille “Cupcake” McKinney ever met my own child.

While driving in the seemingly miles long procession following the celebration of Kamille’s young life, I notice a local news chopper flying overhead documenting the somber, extensive convoy before pulling my car into Elmwood Cemetery. The story has become national news so much so that hundreds upon hundreds of people respectfully park their cars to the side, stand on either side of the street and display an outpouring of their unbounded love and support.

Upon making my way to the gathering around the final resting place of little Kamille, a beautiful horse drawn glass carriage appears carrying the last bed that Cupcake will ever sleep in. An entrance fit for a little princess. As the casket is placed onto the lowering device above the burial vault, shielded with a custom made shawl emblazoned with 4 images of Kamille herself, I stand once again finding my glance trailing toward the parents seated facing the 6 foot deep earthen shaft that is now Kamille’s new safe haven.

The expression on Dominic McKinney’s face is comparable to that of someone viewing a boring movie. Again, no tears. The surrounding commotion and slew of smartphones snapping photos and streaming live feeds of the service itself are almost too much to bear.

I approach the miniature bed eternal and pay my final respects by kissing my hand and placing it upon the lid.

As the pint sized casket is being lowered into the cold, lonely earth, I immediately notice Dominic McKinney casually attempt to light a cigarette, only to be scolded by a family member to wait. Before the casket even crosses the threshold of dirt, Dominic walks away from the service to go enjoy his cigarette amongst the crowd of people surrounding the burial tent; an indifferent, yet almost relieved guise upon his face. April Thomas is absent around this time as well. I find myself asking once again:

Where are the parents?

Now, I don’t know about you, but I can undoubtedly articulate that these are not the actions of grieving, caring parents. From my perspective, it was as if they had better things to do with their day. Or I can take the high road and chalk up their reserved demeanor as being reduced to a state of absolute shock, but I can’t help but say that I’m not entirely convinced.

While the actual kidnapping suspects, Patrick Stallworth and Derick Irisha Brown, aka Quentesa Jackson have been formally charged with capitol murder in the death of Kamille McKinney, there are SEVERAL things that just doesn’t add up with me:

Why did Dominic McKinney post a Facebook live video a day or so after the abduction talking about ransom, talk of having his baby “sold back to him” and emotionlessly claim not once, but twice while holding a blunt that Cupcake was okay, when we now know she was already long deceased?

Why did April Thomas drop Cupcake and her 11 year old brother off at a birthday party that allegedly neither had been invited to? After a party goer who claimed that nobody was there watching the child, Cupcake was taken back to where she was staying, only to end up back outside again within a few minutes.

Why does the surveillance footage taken shortly before the kidnapping show Cupcake playing with another toddler, both clearly unsupervised?

WHERE WERE THE PARENTS??

Maybe I should just change the name of this piece to “Where Were The Parents?”

Until these questions are answered, all we can do is speculate and piece together our own amateur conclusions. But I can say with the utmost certainty from what I’ve read and perceived with my own eyes that these so-called “parents” should never be allowed anywhere near a child ever again.

All I can do is hold Kamille’s name up on high as much as humanly possible and honor her sweet little memory everyday by holding my own flesh and blood just a little more tighter.

If you would like to make a donation in honor of Kamille McKinney, please visit www.rememberingcupcake.com.