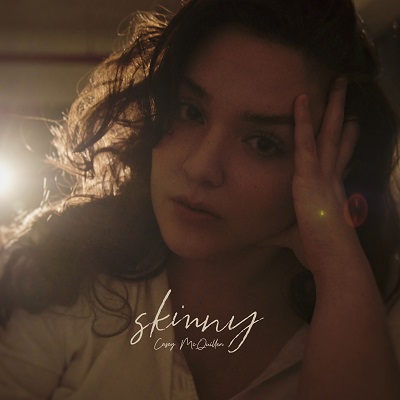 Los Angeles, California (The Hollywood Times) 06/30/2022 – “This song has lines from an actual conversation I had with a close friend about a Saturday night out with girlfriends,” Casey McQuillen told The Hollywood Times about her new single “Skinny.”

American Idol star, activist and singer-songwriter Casey McQuillen talks about “Skinny“, the title track of her album and latest single.  It is deeply personal and relates to her own struggle with self-image. The song has been resonating with audiences on tour.

Casey was recently quoted in UK’s Daily Star, saying “It’s been amazing! There have been specific instances where people are going through really difficult times in their lives, struggling with anorexia, bulimia and these heavy topics.” She added: “These people have been affected by the song. It’s an unbelievable honor to have the ability to possibly make an impact on somebody’s mental health journey. It means the world to me.”

“Skinny” will become an anthem song for those of us that struggle with acceptance of loving ourselves, for the way we look when it comes to our weight.  Powerful! – Judy Shields, The Hollywood Times

The Hollywood Times had an amazing and all so down to earth conversation with Casey about her latest single “Skinny.” This song will definitely bring a tear to your eyes.  She is open and honest about herself and her weight.  I learned what to do with the clothes currently hanging in my closet, after gaining COVID weight!

Grab your earbuds/headphones, your favorite bevy (maybe a stiff drink) and you will learn something from this conversation. Enjoy!  Click on “Watch on YouTube.”

Casey McQuillen burst onto the scene wowing judges and millions of viewers on Season 13 of American Idol. Since then, the rising star has dedicated herself to the causes of anti-bullying, body positivity, and mental health advocacy.

Casey McQuillen, a Brooklyn-based singer-songwriter, activist and powerhouse vocalist, burst onto the scene wowing judges and millions of viewers on Season 13 of American Idol. Since then, the rising star has organically accumulated tens of thousands of followers on social media and millions of views and streams of her music online, largely because her songs are authentic, intimate, and relatable.

Casey’s first single, Beautiful, debuted globally on ExtraTV in April 2019. Her debut album, Skinny, was released on April 29, 2022, from Plymouth Rock Recording. Last August, Casey launched a sneak peak of the forthcoming album with the release of ‘In & Out’, a duet with singer-songwriter, Jon McLaughlin, which found its way onto several major playlists. The song was also spotlighted by Apple Music and Amazon Music and featured on Sirius XM ‘The Pulse’.

Throughout her career Casey has dedicated herself to the causes of anti-bullying, body positivity, and mental health advocacy.

Following “Idol,” she founded the You Matter Tour, an interactive, anti-bullying assembly show that she’s performed for 40,000+ students at over one hundred middle and high schools in the US and Europe.

The tour has been recognized by the UN Foundation and GLAAD and featured on The Kelly Clarkson Show.

Casey has toured the US and Europe headlining her own shows and supporting talented singer-songwriters such as James Morrison, Stephen Kellogg, Kate Voegele, Tyler Hilton, Eric Hutchison, Clark Beckham, David Ryan Harris, and Nick Howard. This past May, Casey hit the road for concerts in New York City, Los Angeles, Boston and Nashville.

She returns to the UK in early October for shows in Edinburgh, Newcastle Upon Tyne, Liverpool, Leicester, and London.