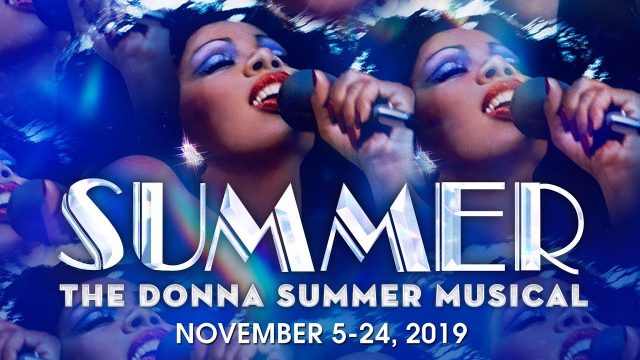 In Hollywood, where the chart-topping rise of the Queen of Disco began, the Los Angeles Premiere of “Summer: The Donna Summer Musical” is an undeniable success, a fun night out on the town and across the tapestry of an incredible life.

At the iconic Pantages Theatre in Hollywood, the life of an icon is revealed and celebrated in “Summer: The Donna Summer Musical.” On the heels of a successful run on Broadway at the Lunt-Fontanne Theatre in New York City, the jukebox musical brings the same energy and passion to a limited run in Los Angeles until December 24th. If you haven’t already bought tickets, you should get on your computer or pick up your phone after reading this review. Indeed, this sparkling must-see musical is not to be missed.

As directed by Des McAnuff and choreographed by Sergio Trujillo, “Summer: The Donna Summer Musical” is joyful extravaganza that tells an electrifying story. Imagine a young African-American girl from a conservative family Boston who would not settle on being the best singer in her church choir. From the very first time she sees performers on television and hears their hits on the radio, she wants so much more. The vibrant narrative of “Summer: The Donna Summer Musical” shows us how she found the courage to break through barriers and become the musical diva of her generation.

From the outset, you realize that such a tumultuous journey is not going to be easy. From tempestuous love affairs with abusive men to questionable business dealings with music industry insiders, everything seems to undermine the mega-watt musical hits that Donna Summer was born to create. Wanting to share the limelight, control the woman, or plunder her bank account, the men in her life do her injustice after injustice for countless years. Eventually, she finds the love of her life, but it’s not an easy road. In many ways, “Summer: The Donna Summer Musical” is not the story of one woman, but a revealing look at the battle all women face for proper respect and recognition.

What’s so incredible is that there is no reason, however, why Donna Summer should ever have become Donna Summer? Born LaDonna Adrian Gaines in Boston, Massachusetts, her religious family wanted her to sing in the church choir but did not buy into her aspirations to be a big star on the big stage. It is incredible how many pieces had to fall into place to turn her dream into a reality. Indeed, the jigsaw puzzle of the formula that leads to the invention of Donna Summer is astounding to behold.

First, a conservative teenage girl has to skip school and take off to the Big Apple. Second, she has to have the gumption to try out for musicals and be rejected by many local productions. Third, she has to have the luck to be cast in the German production of the musical “Hair” at the age of seventeen and convince her parents to let her go alone to Germany. Fourth, she has to learn German and join the Viennese Folk Opera so she can stay in Germany beyond the production. Fifth, she has to meet a German man named Helmut Sommer, who gets her pregnant so she has no choice but to marry him. Sixth, she has to take his name upon getting divorced and anglicize it from Sommer to Summer. Seventh, her parents have to agree to take care of her child so she can pursue a music career. Indeed, the number of pieces that have to fall into place is almost beyond belief.

Finally, to get the ball rolling and a legendary career started, she has to meet an Italian record producer named Giorgio Moroder in Munich and agree to make music with him. Together, they write and create “Love to Love You Baby” and “I Feel Love,” which are widely credited as two of the most influential disco records ever made. Hence, they become like the mother and father of electronic dance music and disco. Moroder’s participation opens the doors of Hollywood, and Donna Summer’s career takes off with Casablanca records and the birth of the Disco era. And this is just the beginning of an exciting narrative punctuated by twenty-three songs and dance numbers.

The reason why the narrative of the musical works so well is because three different actors play Donna Summer at various points in her life. Olivia Elease Hardy plays Duckling Donna as a young teenager dreaming of future success. Alex Hairston plays Disco Donna as a young woman caught up in the storm of her talent. She navigates the riches and tribulations that come in the whirlwind of her number one hits. As Disco Donna, Alex Hairston captures the stage with incredible moves and stirring vocals. Indeed, she is the Donna Summer that crowds flocked to see at stadiums, bought her albums at record stores, and danced all night to her latest hit at the discotheque.

The heart and soul of the show, however, is Dan’yelle Williamson as Diva Donna. Beyond being a Diva, she is present throughout the show to provide commentary on other parts of her life. In a wonderful moment of double casting, she also plays the mother of Duckling Donna. Thus, she is a knowing authority figure who has seen it all from the beginning to the end. Her commentary anchors the show.

Moreover, Duckling Donna and Disco Donna also provide analysis as the show moves from one life event to another. The smart show uses all of Donna Summer’s classic discography as transitions and benchmarks. From “Macarthur Park” and “On The Radio” to “She Works Hard For The Money” and “No More Tears (Enough Is Enough),” each song illuminates an emotional aspect of the legend’s life. As you hear your favorites, you also gain new insight into their meaning.

By having the three different actors offer commentary that ranges from frustrated and despairing to joyous and revelatory, the narrative is taken to the next level of insight and enjoyment. Such analysis provides depth and perspective, allowing the audience access to the inner dialogue of a legend and her deeply personal struggles. In the end, “Summer: The Donna Summer Musical” is so much more than a celebration. Beyond the music that had the audience dancing in the aisles to the dismay of the ushers, the details in the shadows behind the bright lights of a legend reveal her humanity. Behold the gift of the all-too-human story of a Disco Queen that we never really knew as a frail and loving human being until now.

THE DINAH 2022: A QUEER HUMAN EXPERIENCE LEAVING US ALL FEELING EPIC AND CONNECTED