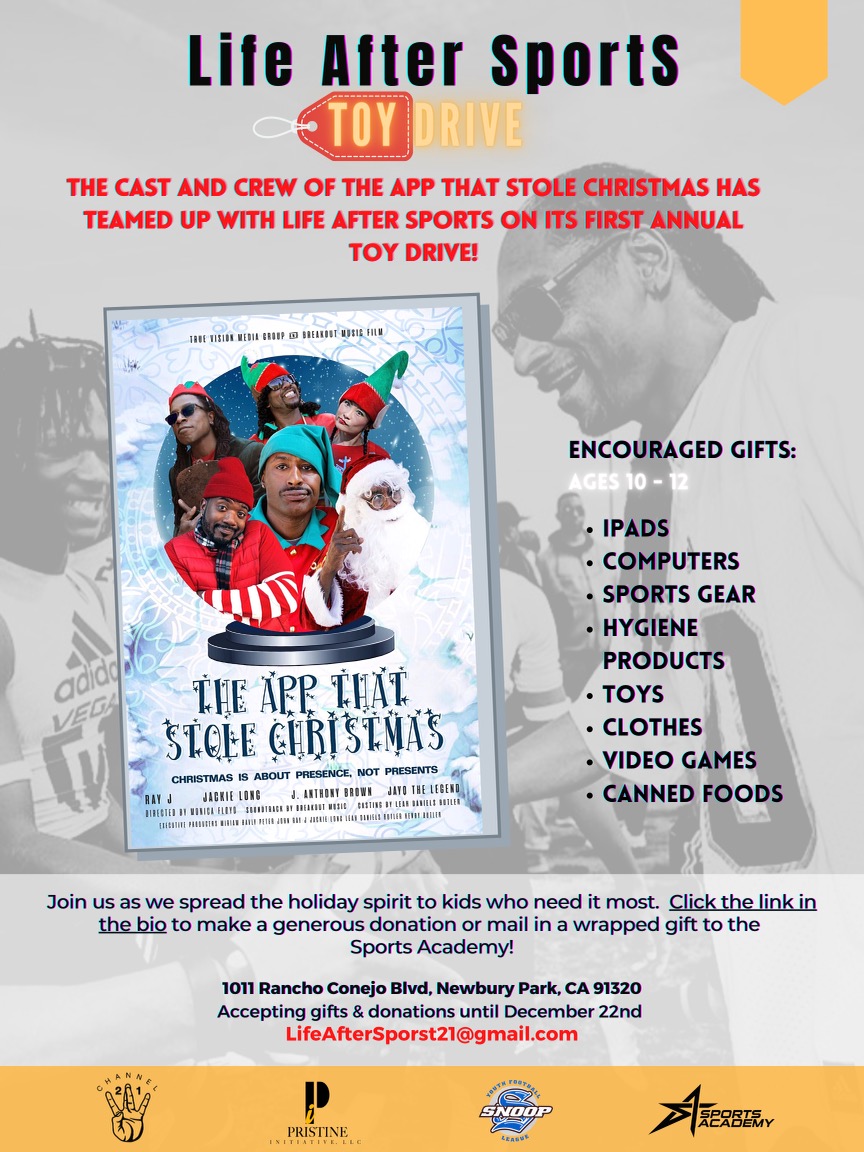 Los Angeles, California (The Hollywood Times) 12/20/2020 –  15 years ago, Kameron Powell was one of the few kids to play for Snoop Dogg Youth Football League. The impression that the league made on Kameron will last him a lifetime. Today, he is the Founder of Live After Sports with Cordell C. Broadus. They are planning on giving back in a big way by hosting an exclusive Drive-In Premiere & Holiday Fundraiser in conjunction with Snoop Youth Football league. The drive-in experience will take place at the iconic Sports Academy on Sunday, December 20th at 5:30 pm PST.

Kameron: You were one of the few kids to play for Snoop Dogg’s Youth Football League. Take us back to that time. What did you value the most?

The things that I valued the most were the friendships and bonds that were developed during such formative years. Some of those friends are like brothers to me today. I also value that the game taught me to overcome adversity – since in games there are wins and losses. Learning to work hard and improve after a loss was an extremely valuable lesson to learn for life.

Coach Snoop was like a father to some of us players that lived in single-parent homes. He assisted with transportation from school to practice at times, so I was fortunate to spend time at his home off the field. As a coach, Snoop taught me that hard work and dedication will lead to success. Having him as a friend and mentor helped me develop amazing leadership skills.

You had wanted to go pro, but something changed your path. What was it?

My football experience while in college was not what I expected. I lost some of the love I had for the game because of the bureaucracy. I wanted to have more control over my future. As a writer and producer, I totally have control of my future and the pathway.

Cordell: Tell us about Life After Sports. Why is it so important for you to give back?

Life After Sports to me is putting yourself in another zone. I dedicated 12 years of my life to football. However, I’m committed to spending the next 12 years focused on my new journey of being a creator. I truly believe our culture lacks representation in entrepreneurship, filmmaking, technology, and fashion. When I played football, I remember wanting to look up to a role model that looked like me. 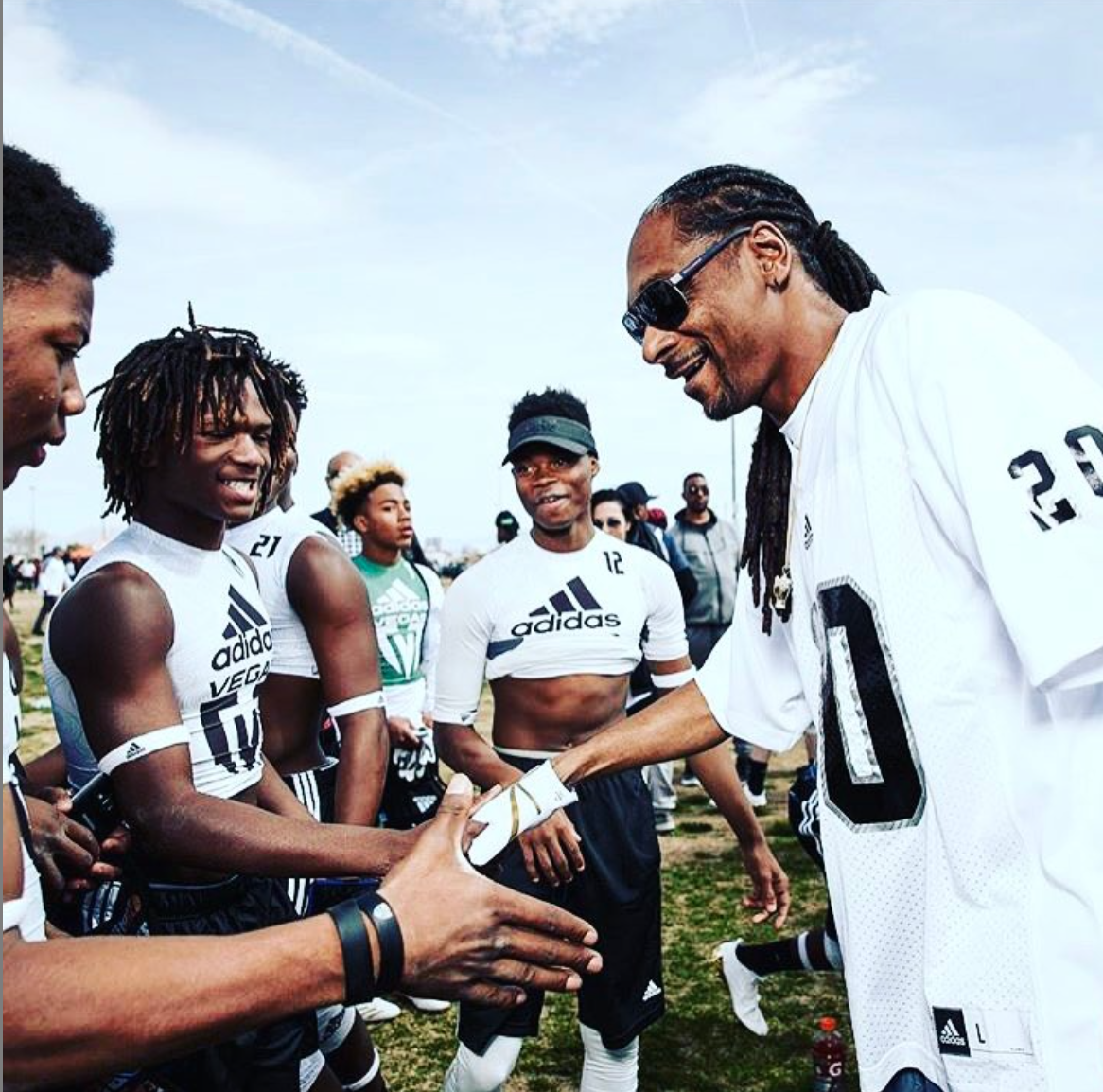 Cordell: Share the remarkable things Life After Sports is doing for the community.

Life After Sports is a place for empowerment. It’s a place for people to be lifted up and have confidence. It’s about finding an upcoming animator and putting them on a platform to show off his or her talent or being there for athletes who just finished college and don’t know what their next step is going to be in life. Kameron and I developed Life After Sports to introduce the new generation of leaders to places they haven’t been, to new career pathways, and to broaden their horizons.

Tell us about the fun, filled holiday-themed Life After Sports Drive-In Premiere on 12.20.20

Life After Sports partnered up with Pristine Initiative, LLC to bring together kids a part of the Snoop Youth Football League together for a fun-filled holiday-themed evening of food, drinks, holiday gifting, celebrity appearances, movie screening from the safety of their vehicles. The event is a drive-in event that will premiere our first short animation film “15 Years Ago.” Kameron wrote and produced the project. The Sports Academy Foundation, Ethika, and Tsu are some of the many companies that donated underwear, socks, toys, school supplies, and canned goods to the toy drive. 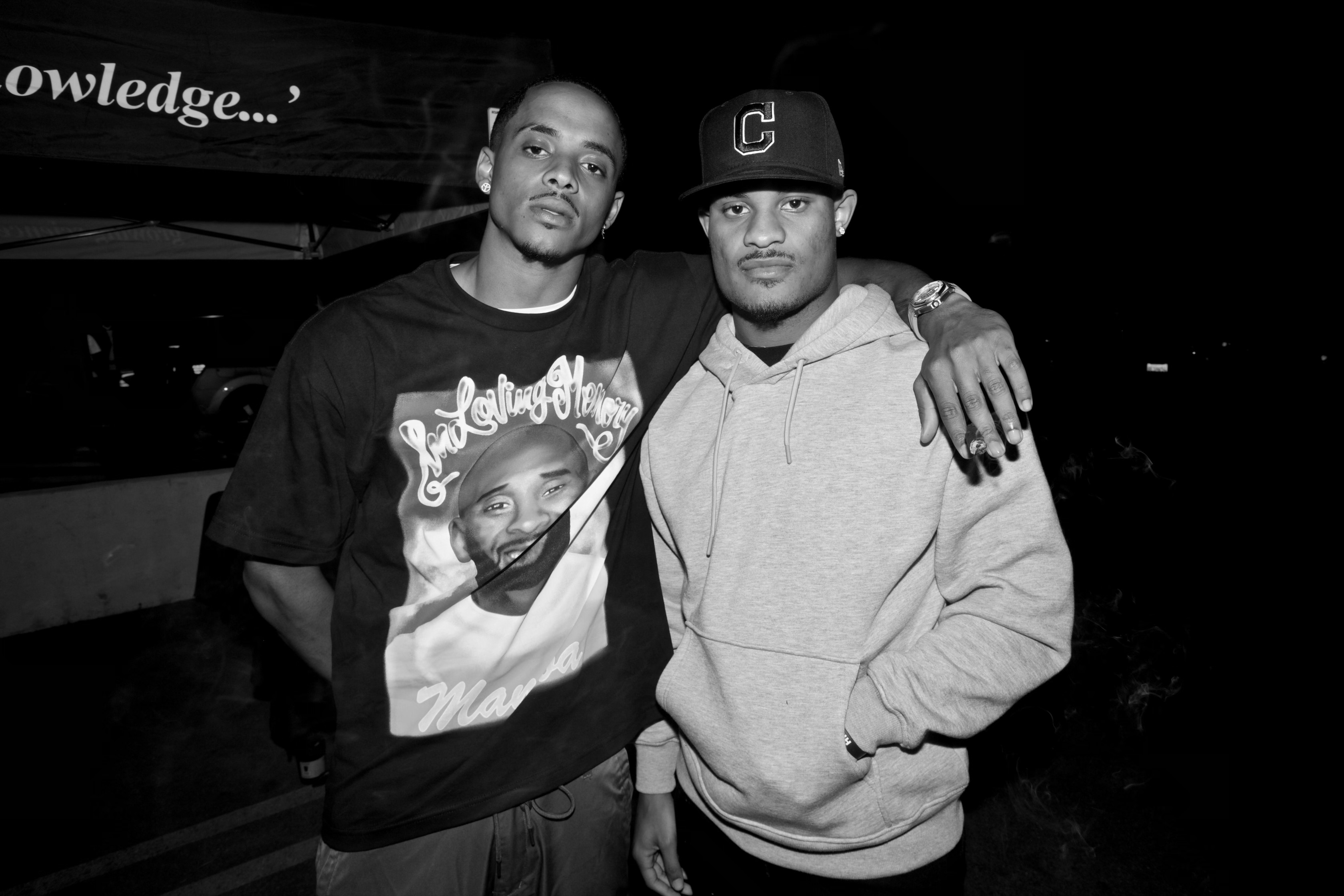 You have a special animation film premiering at the event called, “15 Years Ago.” What do you want kids to take away from this film?

We want kids to know that they can be successful with or without sports. There are other avenues that can allow them to achieve big things. We want to position ourselves as thought leaders similar to Kenya Barris and Jeff Bezos. Not to say there’s no avenue in sports, but to make a statement that it’s our time to be owners and not just talent.

How can we join forces with you to make the holidays special for Life After Sports and Snoop Dogg’s Youth Football League?

You can join by simply pushing the Life After Sports narrative that we are trying to embed in the minds of new generation thinkers and doers.

Kameron and Cordell: If you could give a gift of wisdom to the kids of Snoop Dogg’s Youth Football League, what would it be?

Stay inspired and carry a self-sufficient attitude every day. If you have passion and drive, you can achieve anything just don’t give up.