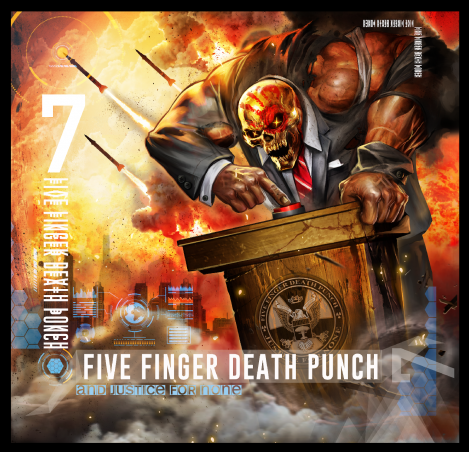 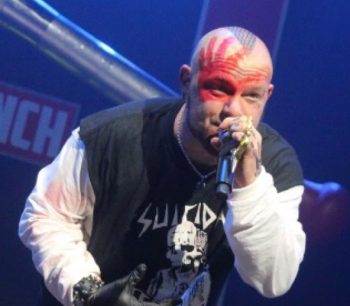 Birmingham, AL (The Hollywood Times) 05/16/2018 – “I’m getting jacked up on coffee tonight!” said frontman Ivan Moody of the Las Vegas based metal band, Five Finger Death Punch moments before he was set to take the stage of Legacy Arena.

The heavy metal quintet rolled through Birmingham, Alabama as part of a North American headlining tour with Jacksonville, Florida hard rock favorite, Shinedown. With hits such as Stranger Than Fiction, a groove heavy cover of Bad Company, Under and Over It and a perchance superior cover of the haunting Gone Away by The Offspring, fans (or Knuckleheads as FFDP label its following) were treated to an evening of gruff guitar riffs, commanding vocals and just about all the pyrotechnics and lighting that is notably associated with a prestigious rock and roll show. 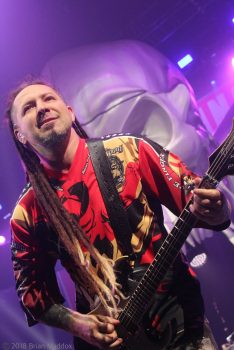 The band, founded in 2005 by guitarist Zoltan Bathory, Moody, and drummer Jeremy Spencer, blasted its way onto the metal scene in 2007 with its debut effort, The Way of the Fist, introducing metal fans to a distinctive brand of muscular thrash, incorporated with the nearly godlike vocals of Ivan Moody. Their seventh album, And Justice for None, is set for release on May 18, 2018. After 13 years and several multi platinum albums, there’s no question that Five Finger Death Punch has undeniably proven its caliber in the dominion of heavy metal.

With a massive prop skull along with crossbones in the style of aluminum baseball bats positioned directly above the drum kit, the stage was set for an evening of auditory brutality that fans have come to love and expect from Five Finger Death Punch.

That’s not to take away from the astonishing presentation that Shinedown offered the masses as well. The band opened their set with their thunderous anthem Sound of Madness, met with pumping fists and frenzied fans singing right along with frontman Brent Smith. Smith, in a display of total crowd participation, prompted the masses to acknowledge each other. 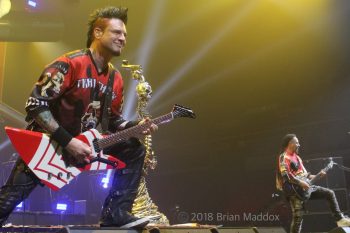 “I want you to look to your left, now look to your right. There’s a reason for this. You’ve probably never met the person standing next to you, but I want you to shake hands, high five and let everyone know you’re happy to be here and see each other.” The public gladly obliged, reminding us that we’re all in this world together.