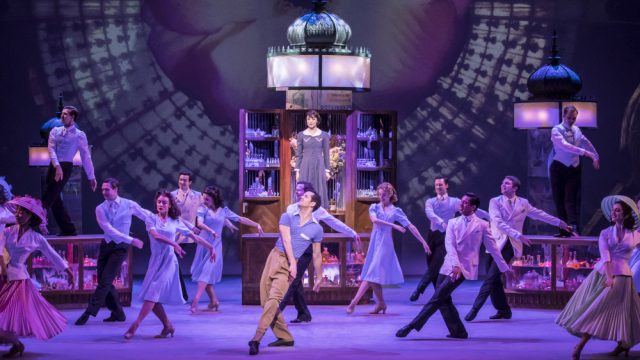 —by Dr. Laura Wilhelm, LauraWil Intercultural
West Hollywood, CA (The Hollywood Times) 9/20/18 – Musicals can come and go, but others stand the test of time.  Set all the way across the Atlantic, AN AMERICAN IN PARIS continues to enchant modern audiences with its exquisite fusion of American and French culture. 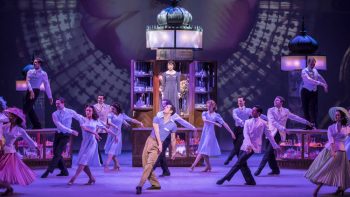 Robert Fairchild of the New York City Ballet and Leanne Cope of the British Royal Ballet have bravely filled the shoes of American dancer Gene Kelly and Franco-American diva Leslie Caron from the Oscar-winning 1951 film version of AN AMERICAN IN PARIS.  In April 2015, AAIP opened on Broadway at The Palace Theatre.  The show was nominated for 12 Tony Awards and won four for Best Choreography, Best Orchestrations, Best Scenic Design of a Musical, and Best Lighting Design of a Musical.
Prior to this, the show was filmed in London for the big screen.  The film was released for screening on September 20th and 23rd in movie theaters throughout the US and Canada.  Prepare to be ravished by every aspect of this production from the costumes to the sets to the lights to the music as well as the singing and dancing! 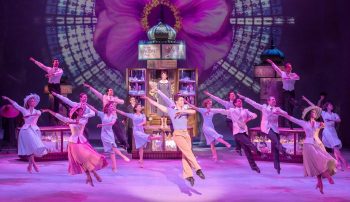 In the leading role of World War II vet turned painter Jerry Mulligan, Robert Fairchild displays a prodigious mastery of many different dance styles.  Leanne Cope ably keeps pace with him as Parisian shopgirl Lise Dassin, who is loved by three men though she is still haunted by a terrible secret from her recent past.  Some things about a war don’t change. . .
The darkly dynamic Fairchild, who was already dancing at the age of four, has considered Gene Kelly his idol since childhood.  He survived years of teasing about this in his native Salt Lake City before being accepted into the New York’s School of American Ballet. 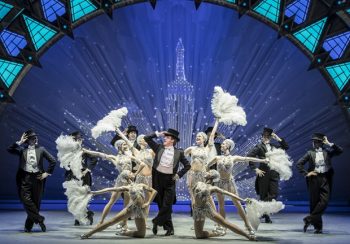 In the fourth grade, Fairchild wrote an essay about wanting to succeed just like Gene Kelly by dancing on Broadway and being in a movie.  So now he is two for two!
“Dreams do come true, ya know?  Fairchild Tweeted on September 12th about the release of his movie.  “I have waited years for this moment.” 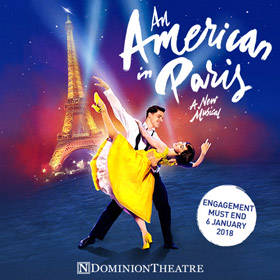 AN AMERICAN IN PARIS was directed and choreographed by Christopher Wheeldon and features classic songs by George and Ira Gershwin.  ‘S wonderful!  For tickets and more information, please visit https://www.anamericaninpariscinema.com/