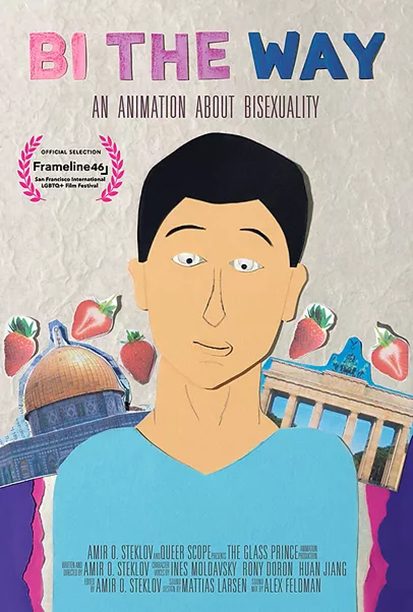 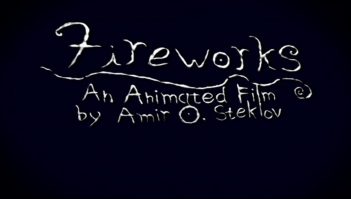 Los Angeles, CA (The Hollywood Times) 8/11/22 – Bi The Way is a short, animated film that was selected to screen at Outfest Los Angeles 2022. It is based on Amir Ovadia Steklov and his life as a bisexual cis man. 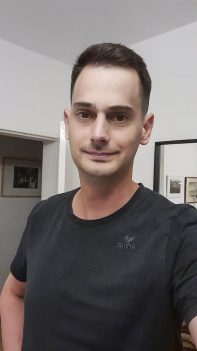 The film tells Amir’s story from early childhood until present day, highlighting his struggle to fit into binary culture making him unacceptable to the heteronormative community and invisible in the LGBTQIA community.

Dr. Maya Lavie-Ajayi and PhD candidate Zeinab Nobowati join in on the films historical-social discussion, providing background knowledge in queer and feminist theories to the subject matter of the film. They also shed light upon the hidden mechanisms of the modern western binary culture and why non-binary people struggle to fit in. 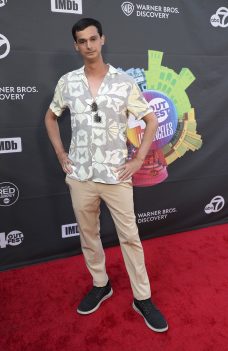 During the Outfest event THT had the opportunity to chat with Amir. When asked what motivated him to make such a personal film he replied; “As a queer-bisexual cis man, I had an incredibly unique life-journey with my sexual-identity, and I researched this topic my entire life. Thus, I have a lot to say about it. Being bi-sexual is very queer: I never feel like I 100% belong to the gay community and not 100% to the heteronormative world. These communities have never really accepted me for who I really am. I would like this film to be an international voice for people like me, who struggle to find their place in our binary world.” 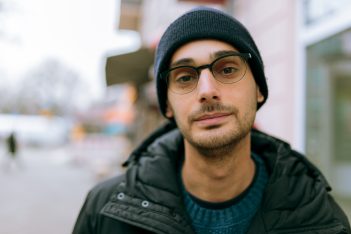 Amir Ovadia Steklov was born in 1987 in Jerusalem, Israel. His passion for films and animation began at a noticeably early age. At six years old, Amir was already experimenting with moving images and stop motion animation. At age nineteen, with no previous formal education, he created a 20 FPS stop motion film with dynamics and character, his first short animation Fireworks (2006). The film was screened at the Tel Aviv Museum of Art, and Amir’s advanced technique and artistry were received with much wonder and appreciation. 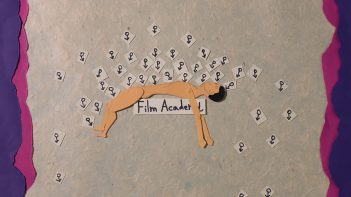 Amir’s films and animations are participating in festivals around the world, and during the Covid-19 Pandemic, Amir has been focusing on creating cinematic content (Shorts, Animations, Documentaries, comedies). 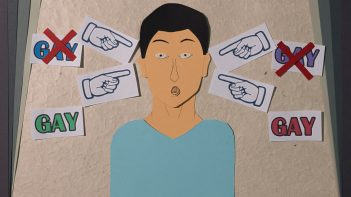 Q: Congratulations on your new film! How is it like to travel from Berlin to Hollywood for Outfest?

A: Thank you, it’s a dream come true to be here. Every queer filmmaker dreams to screen their films here and especially for European, it’s even more rewording because Hollywood is so far away and we hear so much about it, so to actually travel here with my new film is very exciting.

Q: And about your film, why did you decide to make it in a stop-motion animation?

A: I always say I was born an animator because I have been doing animation since I remember myself. But to be honest, since my film school days I have been focusing on live action. The Covid pandemic made it impossible to go out and shoot a film with a crew and actors, so I went back to my roots and made Bi The Way by myself in my studio in Berlin. In that sense, Bi The Way is a direct product of the pandemic.

Q: Your film raises a lot of complicated topics and questions about our society but on the other hand it’s also very funny and energetic. Why did you choose to do it like that?

A: I believe that comedy is the best vehicle to voice out injustices and complicated topics. Comedy is not about being funny; it’s about saying something smart and shedding light upon hidden truths. When done correctly with wit and entertainment, it’s much easier to convince your audience to listen to what you have to say.

Q: What’s in store for us next from you?

A: I am currently developing my first feature film, hopefully we will start shooting next year. Besides that, I am also working on a full-length documentary, a dance film, and another short movie in post-production.