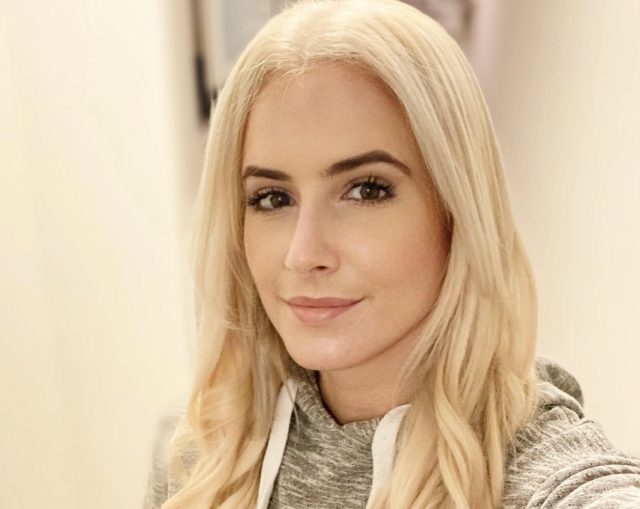 (The Hollywood Times) 3/19/21 – America’s Card Room, known to players as ACR, recently signed Chris Moneymaker to their roster of professionals to represent their online gaming site.  Moneymaker has been an ambassador in poker since he won the main event in 2003 netting him 2.5 million dollars.  Moneymaker is quite a catch for ACR but it is the most recent signing of Candian video game producer and poker pro-Vanessa Kade that has females and the gaming world doing backflips with excitement.

Kade uses twitch streaming to allow fans to watch her play online poker live.  It’s during those streams where she’s dressed in a unicorn onesie that has made her a phenomenal addition to ACR or anything she sets her mind to.  Formerly an employee of different media companies including being a producer at Lucasfilms working in video game development.  Work in this field would go on from about 2000 to 2010.  For almost two years after that, she was at Disney Interactive Studios doing more of the same.  It was in 2014 that she finally took poker playing seriously enough to go professional.  Shortly thereafter she began cashing in with deep finishes in poker tournaments that an amateur like me would never even enter.  Vanessa was winning them.

Kade was previously in a viral spat with a different poker company when she called out Instagram and poker playing celebrity Dan Bilzerian on Twitter.  She pointed out that the company was making a poor choice making Bilzerian a new ambassador and pro to play on their site.  Bilzerian fired back an extremely misogynistic tweet in true form.  No surprise to anybody who follows Bilzerian as he prides himself on that type of behavior. 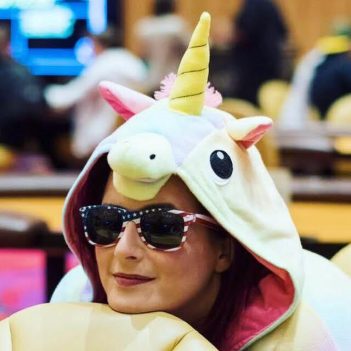 Poker sites have been blogging about how now was a good chance for Kade to encourage more women to sign up to ACR in support of her stance and ability to make an online site that is not only safe for women but encourages their representation.   ACR defends signing Kade as something that is not a publicity stunt or a specific strategy.  Though signing Kade will probably bring more female poker player traffic to the site.

I’ve been following Kade for less than a year now but she’s been posting her journey along the way.  She is very disciplined in giving followers a consistent feed of what her life is like.  From trips to the gym, her diet, selfies, her pets, poker chips, and of course unicorn stuff is all over her Instagram.  I am looking forward to hearing more from the outspoken unicorn who’s taking poker by storm.  Catch her as she is excited about heading out to play in the World Poker Tour coming up soon down in Florida.