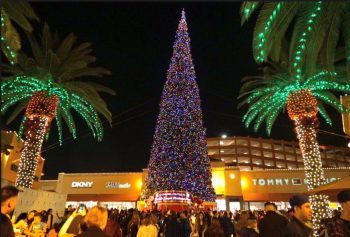 This is an event you should bring the kids out to hear some great song and get into the holiday spirit.  The Hollywood Times covered this event last year and it was spectacular! 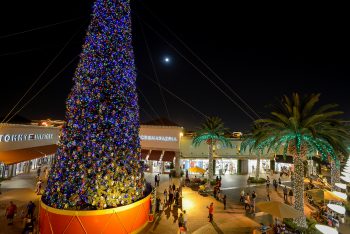 Over 18,000 LED bulbs will light up the World’s Tallest Live-Cut Tree (110 ft.) on Saturday, Nov. 10 during the grand finale of Citadel Outlet’s 17th Annual Tree Lighting Concert. The free concert is a family-friendly holiday tradition and will include a mix of original pop songs and holiday favorites.

This year’s concert will run from 4:30PM-7:30PM and kick off with a high-energy performance by John Lindahl, followed by a soulful set from Caleb Lee Hutchinson. Caleb will take the stage with Maddie for a few duet songs during her headline performance. At the end of the night, Santa Claus will join the performers on stage for the tree lighting and carols by world-acclaimed music and performing arts ensemble, The All-American Boys Chorus. The 30-person chorus will treat the crowd to classic holiday favorites (sing-a-longs encouraged). Attendees are asked to bring new, unwrapped toys to be donated to CHiPs For Kids, a California Highway Patrol program that supplies local non-profit organizations with toys during the holiday season.

Each year, dreams are made and soon-to-be international pop stars are discovered on the Citadel Outlets stage. The annual event serves as a first-look opportunity for thousands of L.A. residents and eager holiday shoppers to get up close and personal with performers that will soon be played on pop charts and top countdowns around the world. Previous headline performers include Forever In Your Mind (2017), Olivia Holt (2016), Sabrina Carpenter & Laura Marano (2015), Christina Grimmie (2014), Jesse McCartney (2013), Ariana Grande (2012), Big Time Rush (2010), Justin Bieber (2009), Ashley Tisdale (2009), Demi Lovato (2008) and more.

Additional information about the 17th Annual Tree Lighting artists is included below:

21-year-old singer, dancer, writer, and producer John Lindahl is one of the most dynamic young talents in the music industry. A former contestant on “X-Factor” Season 1, Lindahl’s résumé spans far into the high ranks of popular music, having worked with A-list songwriters and producers including Justin Timberlake, Timbaland, and many more. In his young career, Lindahl had performed live at the Grammy’s and as of recently, he signed to chart-topping rapper Logic’s record label, Elysium Records. Lindahl is featured on multiple tracks from the rapper’s chart-topping third album, Everybody and released his own debut album, Changes, last December.

Caleb Lee Hutchinson is an American singer-songwriter, and runner-up on the sixteenth season of American Idol. Hutchinson was born in Dallas, Georgia and started playing guitar at 12 years old. He released his debut single “Johnny Cash Heart” in 2018, which charted No.16 on the Country Digital Songs Sales chart upon its release. He recently wrapped up multiple months of touring on the American Idol Live! Tour – which also featured Maddie Poppe – and is currently working on recording his debut album, set for release in the near future. 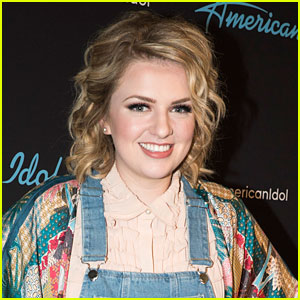 American singer-songwriter, musician and Season 1 winner of American Idol, Maddie Poppe is a dynamic talent in the music industry. 20-year-old Poppe, born in Clarksville, Iowa sings, plays guitar, piano and ukulele. Poppe released her hit single “Going Going Gone” this year that ranked #3 on the iTunes US Overall Chart, and #2 on the iTunes US Pop Charts. This week she is releasing her follow up single, “Keep On Movin’ On” with a music video to follow. She has been in high demand and gone on to appear and perform on multiple TV shows including Jimmy Kimmel Live, GMA, Live! with Kelly & Ryan, the 2018 Radio Disney Music Awards, and performances at the Hollywood Bowl in Los Angeles and the 2018 CMA Fest in Nashville. 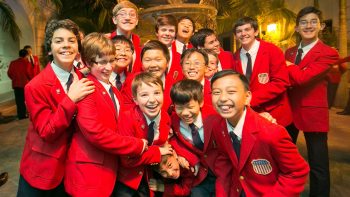 The All-American Boys Chorus is a world-acclaimed music and performing arts ensemble that travels the world performing and entertaining millions. The Chorus provides boys ages 8-15 with comprehensive musical training and touring opportunities. They are widely known for their beautiful and uplifting harmonies, and have performed with celebrities including Pentatonix, Sarah McLachlan, Josh Groban, John Williams, Bob Hope and many more. 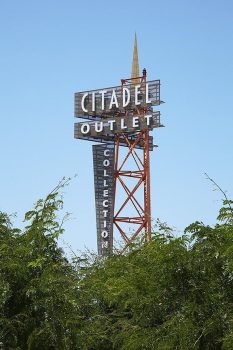 Citadel Outlets is conveniently located 10 minutes south of Downtown Los Angeles at 100 Citadel Drive, Suite 480 Los Angeles, CA 90040. With the World’s Largest Bow and the World’s Tallest Live-Cut Tree, Citadel Outlets is on a mission to offer a holiday experience that is larger than life and unlike anything else in the world – a holiday experience that is so L.A. 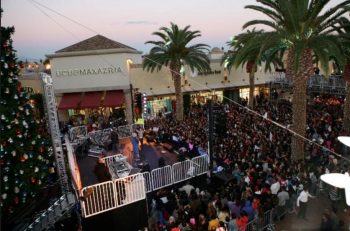