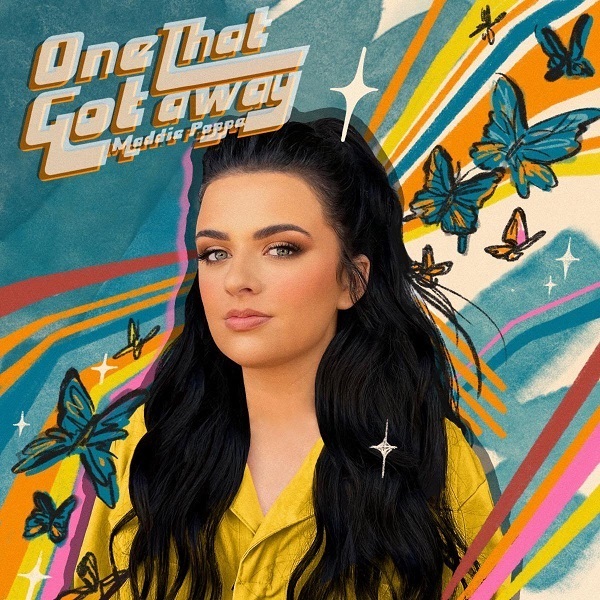 “ONE THAT GOT AWAY” OUT NOW – PLUS NEW SUMMER TOUR DATES
“For a long time, I simply thought of myself as the singer-songwriter, hometown girl from Iowa. But along the way I learned to spread my wings and branch out. I truly feel I’ve become the artist I was meant to be.” – Maddie Poppe
Maddie Poppe is thrilled to share her new single “One that Got Away.” The new song marks the first new music since her debut album “Whirlwind.”
Unless you’ve experienced it firsthand, there’s no way to understand just how dramatically instant fame can mess with your head. Maddie went through all kinds of emotions — from elation to self-doubt — after winning American Idol in 2018, releasing her debut album “Whirlwind” the following year, and then ultimately watching in amazement as many of the people in her creative orbit dropped away.
“There were so many times I felt I had the rug pulled out from under me. Like the minute any momentum had built up, it came crumbling back down. From losing team members to seeing crucial opportunities fall through, I found myself feeling so helpless and thinking, ‘How am I going to do this on my own?’ It felt like I was standing at the bottom of a mountain I was too afraid to climb,” Maddie says. “It took some time, but I finally realized I didn’t have a choice, my fate was in my own hands. I had to face my fears, rise above.”
The Hollywood Times had the opportunity to ask Maddie some questions about her new single and what she has been up to these past few years.

HT: This is a great song for the summer 2022, what was your inspiration for your new song?

Maddie:  Thank you! The inspiration behind the song came from my friend’s breakup. She was obviously heartbroken and devastated when it came out of nowhere, but I was convinced she would come out on top when all was said and done.

THT:  This new single is different for you.  Can we expect more like this from your new album?

Maddie:  Yes! I’ve got more songs coming very soon and I’m so excited to roll out my new sound for everyone to hear.

THT: Is there going to be a video with your new single?

Maddie: Yes! It’s coming really soon and the plot is not what you might expect for this song!

THT:  When will the new album be released?

Maddie: Right now we’re playing it by ear. In today’s streaming world, it seems to be a “singles” game, where artists just release one single after the other, so that’s my plan for now and we’ll see where it takes me!

THT: Did the quarantine give you time to reflect on your life and give you inspirations for new music?

Maddie: Yes, I took a couple years off (unintentionally), and I really kicked myself for that for awhile, I felt really unproductive and unmotivated. But reflecting back now, I realize it was really important for me to take that time and really find the music I’ve always wanted to make.

THT:  What are you looking forward to the most on your upcoming tour?

Maddie: I’m so excited to visit and perform in cities I’ve never been to before. I’ve not had the chance to do many east coast shows, so I’m anxiously awaiting the tour starting June 1st!

THT: What age where you when you knew you wanted to be a singer?

Maddie: I think a lot of little girls dream of being a singer one day, but to be honest, it’s a really far-fetched dream, at least it seemed that way for me. I remember singing in my bedroom and at church occasionally when I was about ten or so. Even watching shows like American Idol and imagining what that would be like if I ever got that chance, but it all just seemed like a dream and nothing more.

THT: What was the first song you wrote?

Maddie: The first song I ever wrote was SO EMBARRASSING. It was called “Gone In The Middle”. It made absolutely no sense, but I was inspired by Anna Nalick’s “Breathe: 2AM” album, her lyrics were always so deep with a little edginess and I wanted to write a song like that, so I got out my guitar (that I didn’t know how to play at the time) and just tuned it until it sounded cool and then strummed random chords until I felt like it sounded like an Anna Nalick song..(IT DID NOT).

THT: How old where you when your learned to play guitar, piano, and ukulele?

Maddie: I think I seriously started playing guitar when I was about fourteen or so. I took piano lessons from around the age of eight until I was probably twelve, but I dreaded piano lessons so much because I couldn’t read music (and that’s all piano lessons consisted of!) Eventually my parents let me quit and I just played piano here and there for fun, but only by ear. I picked up the ukulele around fifteen or sixteen and it came pretty easily for me.

THT: Who has been your mentor in life and in your music career?

Maddie: My dad has always been my mentor in everything in life. My mom too, of course, but my dad has always had a passion for music and that’s why I first started taking an interest in music in the first place. He and I are so similar in every way, (it’s almost scary sometimes), but we think so much alike and have the same mindset most times. I’ve always really valued his opinion and find myself always seeking his approval which is why he’s a great person to lean on when I need advice.

THT: Tell us how your life changed the day you won American Idol back in 2018?

Maddie: Everything in my life changed in an instant. The second my name was announced as the winner, I had a record label, a manager, a booking agent, and so many other incredible assets. It was everything I wanted just given to me at the drop of a hat. I have learned so much in the past four years from my experiences.

THT: How was it to be part of the 20th anniversary show of American idol and singing a duet with Caleb?

Maddie: It was such an honor to be asked back to perform a duet with Caleb. It’s always so sweet to be in that studio surrounded by the people who were there with me from the very start! 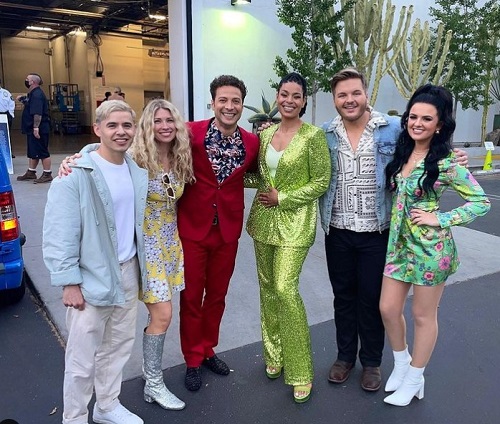 The Iowa native, who captured the attention of fans with her folksy singer-songwriter style, did exactly that by giving herself the grace to evolve. While Maddie, now 24, can still very much bowl over a crowd with only her honeyed voice and acoustic guitar, she’s upped her game by tapping into a modern sound that blends R&B, pop, and Americana, and by committing herself to writing her own songs.

On her irresistible new single “One that Got Away,” Maddie writes about the dissolution of a friend’s longtime relationship, predicting that the guy who foolishly dumped her will realize he threw away something great. But the song — a soulful jam with shades of Bruno Mars and Maroon 5 — can also be seen as a commentary on Maddie’s own experience in the music industry.

“I’m very proud of “Whirlwind,” but I feel like this new project speaks truer to me and my story,” she says. “When you’re just starting out like I was then, it can feel like 100 different people are trying to tell your story. Now, I’m finally telling it in my own voice.”

Maddie has a lot to tell. Hand-in-hand with her American Idol victory, she won a People’s Choice Award for her turn on the show, had Whirlwind hit Number 2 on the iTunes Pop Charts, and went on to become a hot guest on The Kelly Clarkson Show, Jimmy Kimmel Live!, Live With Kelly & Ryan and Good Morning America. All of this in addition to touring the country opening for Ingrid Michaelson and headlining her own tours, including a Christmas run that has become a seasonal “must” for Maddie’s fans.

With a newfound momentum and passion for music, Maddie is ready to play her new material onstage.
“I’m thrilled to be releasing new music, but I’m even more excited to play these songs live,” Maddie says. “Almost everything I’m writing is upbeat and will be so much fun to perform with the energy of a live audience.”
“It’s so important to be true to yourself and in doing so, the right audience will find you,” she adds. “For a long time, I simply thought of myself as the singer-songwriter, hometown girl from Iowa. But along the way I learned to spread my wings and branch out. I truly feel I’ve become the artist I was meant to be.”
Maddie Poppe on Tour:
June 1 @ Eddie’s Attic | Atlanta, GA
June 2 @ Visulite Theatre | Charlotte, NC
June 3 @ Roasting Room Lounge & Listening Room | Bluffton, SC
June 4 @ USO Experience Weekend | Virginia Beach, VA *supporting Edwin McCain
June 6 @ City Winery | Washington DC
June 7 @ City Winery | Philadelphia, PA
June 8 @ Rockwood Music Hall Stage 2 | New York, NY
June 9 @ Darryl’s House | Pawling, NY
June 10 @ Infinity Hall | Hartford, CT
June 11 @ The Park Theatre | Jaffrey, NH
June 12 @ Jonathon’s | Ogunquit, ME
June 15 @ 20 Front Street | Lake Orion, MI
All up to date news and tour information can be found at maddiepoppe.com.
Connect with Maddie Poppe:
Website
Facebook
Instagram
Twitter