Santa Monica, CA (The Hollywood Times) 11/6/17 – The 38th American Film Market opened November 1st in at Loews Santa Monica Beach Hotel.  It’s by far the industry’s largest international conference;  with over 7,000 industry leaders, including producers, filmmakers, press corps, directors, distributors, writers, and other industry insiders converging here, AFM is a madhouse of productivity over 8 days of screenings, networking, round tables, deal-closing, and good old-fashioned parties.  It is a truly a world event, represented by over 80 countries.

By the time the market has closed its doors completely and everyone has left town, in fact, over a billion dollars in deals will have been made.  So it’s of no small consequence to any independent film in any stage of development attending the conference.  And it fully justifies the frenetic environment of grandiosity that greets conference-goers upon entry into home-base at Loews Santa Monica Beach.  Banners line the open lobby all the way up to the roof.  Copies of Variety and the Hollywood Reporter are passed out to industry insiders. 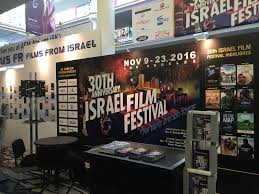 Booths are filled with the next big production company.  The impressive presentation is a testament to the power of independent film; year after year, independent films swallow up major studios plans to dominate the box office with powerful narratives, character development, and savvy marketing.  AFM is where it begins; and so this grand display of the brute force of independent film is entirely appropriate.  Overwhelming in the exact dose.

Thursday, just as conference-goers were shaking off Halloween, the market turned its attention to the Hong Kong market.  The day-long celebration culminated in a fascinating, if wholly male round table moderated by Variety’s Patrick Frater, Asia Bureau Chief, entitled “The Changing Hong Kong Movie Scene: What is New, How, and Why?”  The answer is, simply, a lot.  The how and why a bit more complicated.  Panelists Steve Chan Chi-Fat, Felix Tsang, and Vicki Wong, were able to expound. 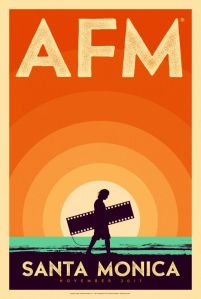 What is new is that there is a lot of new talent in Hong Kong—competitive new talent. “One main reason for the talent boom in Hong Kong is due to the Fresh Wave Short Film Competition, showcasing the works of talented young filmmakers.  Last year there were 28 new directors who got their films made.  Half of them were involved in Fresh Wave at some stage during their careers.”  It was seven years after Wong won the competition that he was offered the chance to direct Trivisa.

“If you don’t have a big budget, you have to think and be creative,” said Wong later in the panel; sage advice for the countless independent film directors and producers roving the corridors of AFM.  Creativity in storytelling, after all, is what captures the imagination of intelligent minds and eclipses the magic of “budget.”

Steve Chan Chi-Fat, director of Weeds on Fire, noted that in Hong Kong, they “respect writers and they respect creativity,” which he finds different than in other markets.  “To complete a movie in Hong Kong, it’s all about your network and support system,” he said.  AFM is all about networking  and creating a support system, so it created a perfect launch pad to take his advice out into real world application.

“A good film comes down to good creative writing,” said Felix Tsang, Sales and Acquisitions Manager of Golden Scene Company Limited.  A script is so important.  It’s so refreshing to see different stories being told and to see a crime thriller without much action.  It’s uplifting seeing these new ideas and the confidence of new filmmakers who are coming up with these scripts.”

The three sharp young professionals were at ease onstage, led by the seasoned reporter Frater, though it was apparent they were anxious to tackle the remainder of their careers.  As the rest of AFM stretched out before them, it was apparent they would have no trouble in continuing to make outstanding films on the Hong Kong landscape. 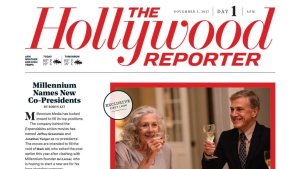 Hong Kong Day at AFM was a brilliant highlight of the fact that the Market is in every way a global event.  As the conference pushed forward, with constant meetings happening spontaneously in the lobby, cards being exchanged, tribes being expanded, and careers being enhanced, the monumental tradition of The American Film Market was both secured and magnified.

Independent film is the very foundation of this industry; it does the living and breathing and laying of groundwork for the sometimes more visible and always more expensive major studio movie releases.  But here, the nuts and bolts of the industry are found, and the glorious work of making it happen without $60 million in funding at the outset begins.  Here, stories are both formed, and told.  And with the conference still in full swing, it remains to be seen how this story will end, and which ones will continue to form.