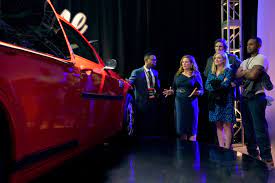 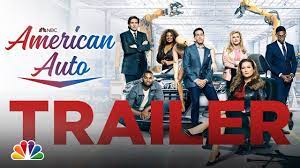 Los Angeles, CA (The Hollywood Times) 1/4/21 – NBC’s new show, American Auto is a comedy that reflects an industry in a society that is changing. The comedy is set in Detroit and features the lives of executives as they try to figure out how to continue their business. Among the talent, SNL veteran, Ana Gasteyer, is among the producers of the show. Gasteyer explains to TheHollywoodTimes and other journalists at the 2021 Virtual TCA press tour, “it’s been I mean, you know, it’s an overused word, but it really has been an incredible series with blessing on this because, honestly, we didn’t’ t even know if it was going to go. I just assumed I mean, I leaped at the opportunity. The script was fantastic.”

The pilot will show how people navigate bias in the workplace. Producer Justin Spitzer explains, “[we] filmed it when the entire world went into shutdown, and it’s been I mean, you know, it’s an overused word, but it really has been an incredible series with blessing on this because, honestly, we didn’t even know if it was going to go. I just assumed I mean, I leaped at the opportunity. The script was fantastic.” This show examines real-world issues, such as bias, through a comedic perspective. 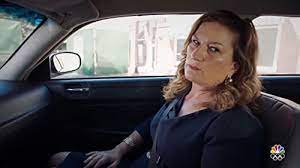 The show will also feature how Black communities navigate the workplace. Actor Michael Washington recounts, “So I was very drawn to the fact that Cyrus is a very smart, educated corporate executive who’s allowed to be the smartest one in the room, for good or for bad, whether he puts his foot in his mouth, or not, and all the comedy that ensues from it, and the beautiful thing about the place we’re in right now, with the world, and society, and cultural issues. Getting to represent that so that young Black boys, young Black girls, get to see somebody in a suit be smart is not still the norm.” This show will emphasize representation. 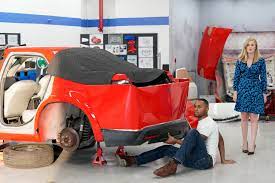 American Auto may also explore gender issues. Gasteyer notes, “I think just the opportunity to play a female CEO was really exciting to me because I like characters who are, sort of, lost in moral dilemma, and Katherine definitely is, as Justin said. I think she definitely personifies the aspirations to do right by the company, but maybe not always there can be a human sacrifice in that.” Thus, the show will examine how society’s attitudes have changed toward women in the work place. 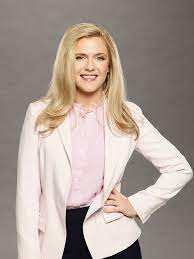 While the show is set in Detroit, a place where the American automobile industry developed, the show will reconcile an old industry with new values. Spitzer mentioned that the show will bring current issues to light, while Washington suggests that representation is important. Gasteyer mentions the intricacy of how being a woman matters in senior leadership.