ON THIS DAY
Showtime drama “Homeland” debuted in 2011 and ultimately ended the four year Emmy Award winning streak for Outstanding Drama Series for AMC’s “Mad Men.“…Other series premieres: “Faraway Hill” on the DuMont Network in 1946, which was the first network soap opera historically; NBC sitcom “The Aldrich Family” in 1949, which was based on the radio series; CBS interview series “Person to Person” in 1953; suspense anthology “Alfred Hitchcock Presents” in 1955, which began on CBS and ended on NBC in 1965; and “Soul Train” in first-run syndication in 1971…Celebrity Birthdays: 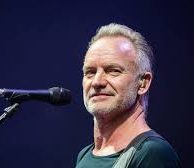 Did You Know?
NBC revived “Alfred Hitchcock Presents” in 1985, combining newly filmed stories with colorized footage of Alfred Hitchcock from the original series to introduce each segment. When NBC canceled it after one season, it moved to USA for three more seasons.

Note: As of tomorrow, Nielsen will no longer be releasing the overnight ratings in the morning. We will begin utilizing the fast affiliate data (which is time period based and available at 11 a.m. ET) as our first source of ratings for the prior evening.

For the remainder of the overnight analysis for Tuesday, October 1, click here

AMC Orders “61st Street” and “Kevin Can F**K Himself”
AMC has greenlit two new series, thriller and courtroom drama “61st Street,” from Peter Moffat (“Criminal Justice” “The Night Of” “Your Honor”) and executive produced by Michael B. Jordan and Alana Mayo of Outlier Society (“Just Mercy” “David Makes Man”); and “Kevin Can F**k Himself,” from creator Valerie Armstrong (“Lodge 49,” “SEAL Team”) and executive producers Rashida Jones and Will McCormack through Le Train Train (“Claws,” “A to Z”) as well as Craig DiGregorio. Both series are produced by AMC Studios.

“61st Street,” which has been ordered as a two-season television event series with eight episodes per season, is described as a propulsive courtroom drama that follows Moses Johnson, a promising, black high school athlete, who is swept up into the infamously corrupt Chicago criminal justice system. Taken by the police as a supposed gang member, he finds himself in the eye of the storm as police and prosecutors seek revenge for the death of an officer during a drug bust gone wrong. Timely and provocative, “61st Street” is set against the systemic abuse happening in some of our country’s most vulnerable communities. Moffat will serve as showrunner and executive producer.

“Kevin Can F**k Himself,” probes the secret life of a type of woman we all grew up believing we knew: the sitcom wife. “Kevin Can F**k Himself” looks to break television convention and ask what the world looks like through her eyes. Alternating between single-camera realism and multi-camera comedy, the formats will inform one another as we imagine what happens when the sitcom wife escapes her confines and forces the world to let her take the lead. Craig DiGregorio (“Shrill” “Kevin (Probably) Saves the World”) will serve as showrunner and executive producer. “Kevin Can F**k Himself,” will consist of 10, hour-long episodes.

ABC Cancels “Grand Hotel”
ABC has opted against a second season of scripted summer drama “Grand Hotel.” Debuting on June 17 and based on the original Spanish series, “Grand Hotel” from Eva Longoria followed the daily happenings at fictional Riviera Grand Hotel in Miami Beach. A total of 13 episodes were produced.

TNT Renews “Claws” for Final Fourth Season
TNT has greenlit drama “Claws” for a fourth — and final — season. Debuting on June 11, 2017, the series follows Niecy Nash as Desna Simms, who, alongside her crew of manicurists from the Nail Artisans of Manatee County salon, rises to power in the crime world to claim her share of cash and respect.

An expected 40 episodes is expected at series end.

Roseanne Who? “The Conners” In Season 2 Opens As The Highest Rated Broadcast Sitcom – Click here

MARK YOUR CALENDARS
Season two of animated “Big City Greens” will premiere on Disney Channel and DisneyNOW on Saturday, Nov. 16 at 9:30 a.m. ET. Created and executive produced by  Chris and Shane Houghton (“Harvey Beaks”), the series follows mischievous and optimistic 10-year-old Cricket Green who moves from the country to the big city with his wildly out of place family – older sister Tilly, father Bill and Gramma Alice.

ON THE AIR TONIGHT
Series premieres Fox drama “Almost Family;“ “All Elite Wrestling” on TNT…Season premieres: “Heartland” on UP; “Total Divas” on E!; “Underground” on Science…Season premieres: …For the listing of available programs for Wednesday, October 2 click here